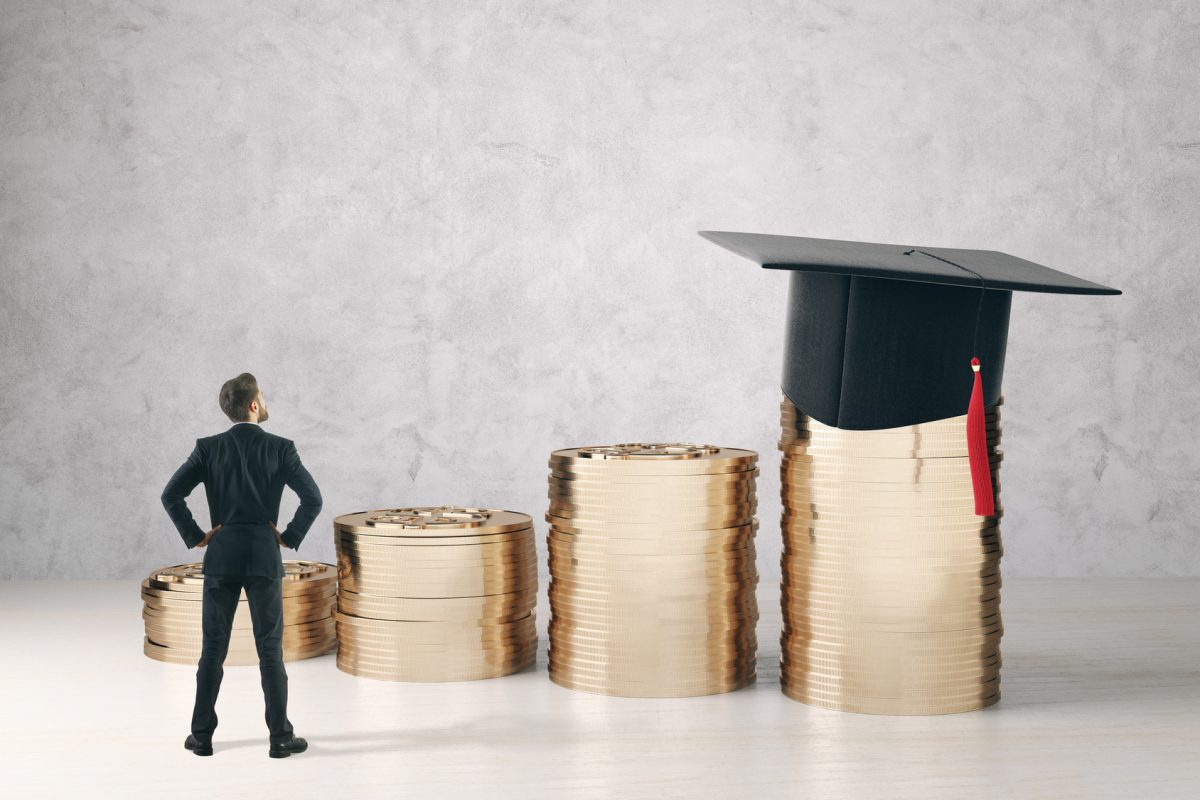 Nearly all American institutions of higher education raise money they put into endowments—money that is kept invested in securities. At the same time, many of their students borrow money from the federal government so they can afford to attend.

As I will explain, this system is fraught with problems. It would be far better if colleges and universities would raise money to lend to students who need it to attend. I see several reasons why they should do so.

First and foremost, lending to students gives schools “skin in the game.”

Warren Buffett’s billions stand testament to the wisdom of ensuring that people and institutions stand to lose if they don’t deliver as promised. Alas, misaligned incentives plague higher education because major players have little skin in the game.

Most professors and administrators are good people, but that means little at schools that need student tuition payments in order to survive. The existential imperative at many American universities is to get—and this is a direct quotation I have heard more than once in my quarter century in higher ed—“asses in classes.” What happens to students once they leave is of little concern. Whether they pay back their federal loans or not doesn’t matter because the school has gotten its money. If the student flounders, that doesn’t hurt the school.

Universities know more about their students than banks or federal bureaucrats ever could. They are therefore in the best position to make loan decisions. In the securities market, by contrast, universities hold no advantages. As this CNBC story points out, university endowments “badly underperform market benchmarks” and most institutions would have earned significantly higher returns just by putting their money into treasury bonds.

Universities purport to educate business, political, and social leaders but rarely lead reform movements themselves. Instead of preaching from their Ivory Towers, universities could show other lagging sectors (such as health care and government) that meaningful improvements can be had by changing root incentive structures so that good decisions are rewarded and bad ones are punished.

Lending to customers is well established in business. Many manufacturers of big-ticket goods designed to improve the purchasers’ lives, like General Motors and General Electric, directly or indirectly lend the purchase price of their products to their customers. Many of them could obtain financing elsewhere, but the loan binds the interests of the manufacturers and their customers because if the products aren’t worth the price, purchasers are more likely to default on the loans. Extending a loan, therefore, serves as a sort of quality guaranty.

The same holds for universities, at least one of which, Hillsdale College, indirectly lends to its own students through private loan funds. In this Martin Center article, the college’s president, Larry Arnn, explained that the school borrows from private lending institutions to extend loans to students who need financial assistance. Hillsdale, Arnn wrote, “acts as guarantor of each loan and pays the interest due for student borrowers while they are enrolled.”

It should come as no surprise that Hillsdale’s default rate on its loans to students (a mere 1.7 percent at the time of that writing) is far below the default rate on federal loans, currently over 11 percent.

Not only can schools make wiser loan decisions and suffer fewer losses than we get through the federal student loan programs, but the institutions also gain independence from Washington if they stop taking federal student aid money.

Hillsdale and a few other colleges (such as Wyoming Catholic) don’t allow their students to receive federal financial aid so they can remain free of federal intrusion into their affairs. Many schools that chose to accept federal money are now beginning to pine for the freedom to teach their own students as they see fit. The backstory here is important.

Superior programs that meet real-world needs fill the seats with good students, but creating such programs is difficult and expensive. So, many colleges and universities opted instead for the illusion of quality combined with shrewd marketing. They filled seats by telling parents that their kids will be safe and get a job after graduation, while convincing prospective students that fun awaits them on campus.

If and when Joe and Jane graduated, often without the skills or knowledge necessary to contribute much to businesses, graduate programs, or nonprofit organizations, they couldn’t land high-paying jobs and felt burdened by debt. They complained, as did parents eager to reclaim their basements and employers desperate to hire quality workers.

Students and their employers, not accreditors and federal officials, will decide which schools pass muster and which do not.

Even when the economy booms, more than one in ten graduates, and perhaps as many as one in three, default on their student loans, which their alma maters never prepared them to understand, much less pay off. Taxpayers heard about the worst abuses and rightly sought redress. Most Americans, though, have swilled the “everybody must get a college education” Kool-Aid. Rather than addressing the root of the problem (federal student aid), politicians decided to pacify voters by calling for “accountability,” which translated into increasingly onerous regulations on colleges.

The Department of Education, however, didn’t dare tell professors what they must do in their classrooms.  What it did was to tell regional accreditors that they should require their schools to  begin “learning assessment.” For example, the Higher Learning Commission, which accredits schools in 19 states, asserts in its latest “Vision” document that colleges are expected to “Emphasize assessment of student learning as a broad, multi-faceted process to benefit students in demonstrable ways.” Administrators, in turn, now threaten faculty members with job loss if they do not comply.

The assessment craze wastes professors’ time and adds to the cost of college, as professor Erik Gilbert argued in this Martin Center piece. But if a college takes federal student aid money, it must go along. If schools don’t want to be managed by Washington (on this and other regulatory issues), it needs to decline federal money and finance their students themselves. They could and should go back to first principles and rearrange their incentives away from merely filling seats. That means investing in their students, not in the stock, bond, or derivatives markets.

Once properly incentivized by placing their own skin in the game, universities would do whatever it takes to enable, and induce, their students to repay them. If their students repay, schools will continue to exist; if too many default, schools will sooner or later fail. No monolithic, top-down regulation is necessary.

Similarly, the proposed reform would eliminate the need for stringent entry barriers into higher education. Students and their employers, not accreditors and federal officials, will decide which schools pass muster and which do not.

Universities should find investing in their own students instead of in securities markets relatively easy. Some already have the basic infrastructure in place because they provide grants that revert to loans if students leave before graduation or fail to fulfill occupational requirements after graduation, like teaching in a public school or practicing medicine in a rural area. Loan offers would come as part of the financial aid package. All students should have to put up some cash—their own skin in the game—but the amount, as well as the loan repayment terms (interest rate, maturity, default penalties, etc.), would be a matter of competitive negotiation.

New universities, or existing ones with endowments insufficient to fund operations for five or more years, can invest in their own students by borrowing money, relending it to their students at a higher rate, and capturing the gross spread, like a bank. State governments might consider endowing schools with enough cash to allow them to invest in their own students in lieu of annual appropriations.

It is high time universities took direct responsibility for the quality of their product by funding their own students and telling Uncle Sam that his deep pockets and meddling ways are no longer welcomed.

Robert E. Wright is the Nef Family Chair of Political Economy at Augustana University in Sioux Falls, South Dakota and the author of 18 books on U.S. business, economic, financial, and policy history.