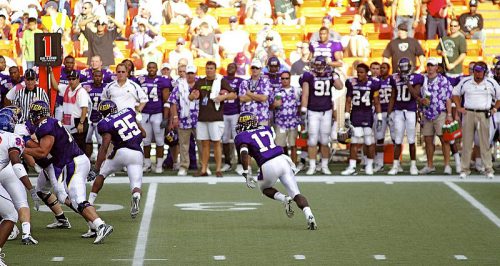 In college athletics, student-athletes have few protections against coaching demands that may put their health at risk. As the parent of a college athlete who was left with a chronic back injury, I was shocked to discover how state universities deprive their athletes of health care, injury and abuse protections, and information about athletic policies. Sadly, the problem goes beyond one bad coach or college—it is systemic.

In North Carolina, the General Assembly could become a national leader by establishing student-athlete protections and saving other athletes from enduring what my daughter went through as a golfer at East Carolina University.

Many of my daughter’s problems came after her return to ECU from injuring her back during a summer golf tournament recommended by her coach. Upon her return in August 2015, she provided medical records about her injury that estimated a five-month recovery. She was instructed to practice until she could see the athletics department’s doctor, who removed her from full golf activity but allowed her to return to limited, low-impact practice.

In December 2015, an ECU doctor told her to modify her activity through Christmas break and see the school chiropractor. The chiropractor rated her lower back pain as a seven, or severe pain. Medical definitions state that, at this level, the patient is “unable to engage in your normal activities” and “is considered disabled.” Yet, on the same day she was given that diagnosis, her golf coach sent her an email stating that she was cleared to return to play and was expected at every practice in the spring. She played in the spring as demanded, but in excruciating pain. Her coach brushed off her pain, claiming that “it is her mind and her will,” as he wrote in an email.

Then, in April 2016, she was released from the team and told she should transfer if she wanted to play college golf again. It wasn’t until this time that she told me what had happened over the past year and I realized what she had been through. She filed a complaint with the athletic administrator and, after months without an update, I asked for and received differing answers about the state of the investigation. After receiving her medical and psychological records, we found that she was never given “return to play” permission by the doctor, as the coach stated, and the psychologist noted “her feelings of being ‘bullied’” and “not being supported as a person by her coach or with the athletic training staff.”

Frustrated by ECU’s stonewalling of our records requests, we eventually obtained a copy of ECU’s athletic policy manual and found that no policies exist to protect athletes when in a dispute with a coach. There are many rules about what athletes can and cannot do, but none about how a coach may or may not treat an athlete. The athletic department does not have a formal complaint process, and ECU does not document athletic department investigations.

Unfortunately, this lack of accountability and transparency isn’t unique to ECU. Currently, no University of North Carolina system school has an athlete’s bill of rights or a coach’s code of conduct. The closest regulation is an NCAA  bylaw on the student-athlete/coach relationship: “It is the responsibility of each member institution to establish and maintain an environment that fosters a positive relationship between the student-athlete and coach.” Other rules and postings on the NCAA site seem like they leave rules up to individual schools or lump them in with general rules about ethical conduct. In other industries with power imbalances, such as health care and prisons, policies of this nature are standard.

But a chance for reform may be in sight: In North Carolina, the General Assembly has realized this power imbalance is a problem and have created the Legislative Commission for the Fair Treatment of College Athletes. In its final report, the commission found that “independent oversight is needed to ensure consistent and fair treatment of student-athletes.”

Unfortunately, this lack of accountability and transparency isn’t unique to ECU.

The commission recommended creating a University Student-Athlete Protection Commission (USAPC), and a commission director position independent from UNC schools to protect the rights of student-athletes. The USAPC would set health and safety standards, create a code of conduct for athletic personnel, require all disciplinary action to be documented, and ensure due process for student-athletes involved in investigations. A trust fund from ticket sales would cover expenses and provide scholarships for injured student-athletes. Scholarships for injured athletes are especially important because, currently, injured athletes who can’t play will lose their scholarships and may not be able to finish their education due to this loss of funds. Additionally, the USAPC would create public databases on injuries and collect information gleaned from student-athlete surveys and also limit the revenue universities can generate from a student-athlete’s name, image, and likeness.

Currently, due to a lack of disciplinary action, athletic departments are incentivized to do whatever it takes to win—regardless of the health and welfare of the athlete. Creating the USAPC will provide protections for student-athletes, give coaches clear expectations for their conduct, and establish a standardized process for resolving issues. Were this already the norm, I do not believe my daughter would have the chronic back pain she has today. Health and safety standards that protect athletic trainers from a coach’s retaliation would make it clear that athlete health matters more than program success.

The UNC system sees little need for change, however. Two previous studies of their own in 2011 and 2013 recommended better oversight, but progress has not been made. In their response to the legislative commission’s draft report, they dismissed the value of creating the USAPC, saying, “For the overwhelming majority of student-athletes, their experience competing at the collegiate level is a satisfying and limited part of their overall university experience.”

Yet, student-athletes themselves want change. Recent student-athlete survey results provided to the General Assembly from eight UNC universities show their discontent with how college sports operate:

College athletics is anything but the highlight reels on ESPN. Many young people develop physical and mental injuries they are stuck with for the rest of their lives. But, with the USAPC, North Carolina could become a leader in reform by taking student-athlete safety seriously and establishing rules to protect them.

Jay Allred is a native of Burlington, North Carolina and publisher of Triad Golf Today and Triangle Golf Today.

Protecting Student-Athletes in the UNC System