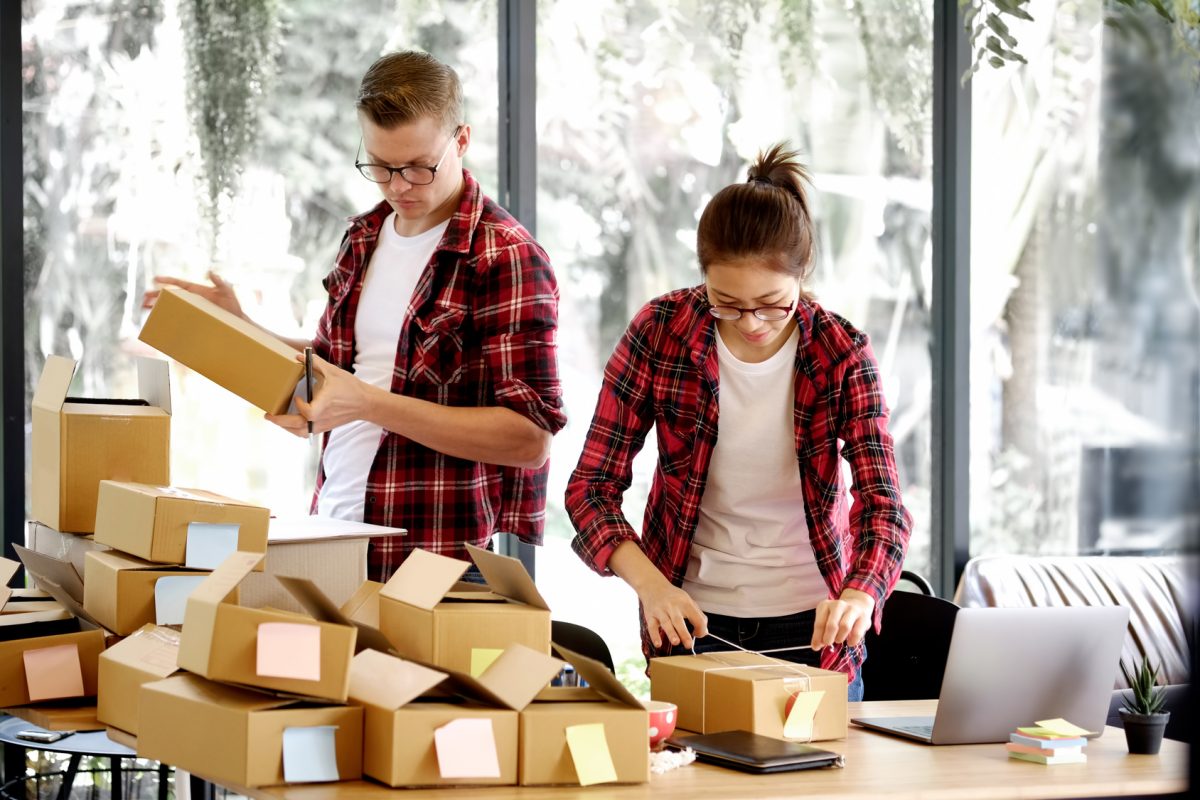 Launching a business is always a risk. And for young entrepreneurs, their path to success isn’t clear. But the long-debated question of whether an individual should jump right into running an infant business remains focused on one question: is a university education required for someone to be a successful entrepreneur?

“The short answer to your question is no,” Buck Goldstein, the entrepreneur in residence at the University of North Carolina at Chapel Hill, said in an email. “Bill Gates and Steve Jobs, among others, prove that.”

Goldstein has previously argued in a Martin Center article that entrepreneurship is an acquired mindset and series of skills developed through willingness and education. “A rigorous combination of theory and practice gives those who are willing to embark on an entrepreneurial journey a much higher likelihood of success,” he wrote. This entrepreneurial mindset is not limited to college graduates.

And the numbers reflect the success of those who skipped a traditional college route. According to a 2017 CNBC/Survey Monkey survey, small business owners without bachelor degrees outnumber those with one—56 percent of respondents only had an associate degree at most.

Yet, a college education can still be of value to budding entrepreneurs. “Certain techniques and methods and an entrepreneurial mindset can be taught, and this knowledge can be valuable,” Goldstein said. “For most people, the fear of failure and the uncertainty of entrepreneurship is too big a psychological barrier, and this has nothing to do with whether or not they have a college education. For people who can handle uncertainty, entrepreneurial training can be a help largely by helping them ask the right questions and responding decisively even when they don’t like the answers.”

For some would-be entrepreneurs, colleges can offer them business theory and practice to prepare for a career. They can teach students standard business practices and how to weigh risk and uncertainty. They can also give students opportunities to build their business skills. For instance, many universities have business seed and accelerator programs that connect business-inclined students, challenge them to start a business while they earn a degree, and then invest in the business after graduation.

Accelerator programs are similar to business incubators, which help entrepreneurs grow a new business, but accelerators do so on a much shorter time span. This approach is now common: Several hundred institutions have accelerator programs, such as the University of Pennsylvania or the Massachusetts Institute of Technology (MIT). The MIT program offers students mentoring and coaching when launching a startup, with a monthly stipend for living expenses. Other university-based programs have a similar structure. But most university accelerator programs are tight-lipped. More than a dozen of them declined requests for comment for this article.

However, even though accelerator programs are common, this “practice” aspect of university entrepreneurship programs may not be too effective. Susan Cohen, an academic researcher of startups, found that the benefits of an accelerator are its networking and mentoring aspects. They offer a trade-off: Students give up business growth and funding in a non-university business incubator for mentoring and skill-building from professors. Like incubators and angel investors, Cohen noted that university-backed accelerators connect students with investors to provide capital.

But, as Cohen found in other research with Yael V. Hochberg of MIT, accelerators still have yet to produce measurable indications of their success. Though some studies have found that “top programs do in fact accelerate the time horizon for reaching key milestones,” this is not the norm; “many accelerator programs do not accelerate startup development.” Data on startup funding and results are kept confidential or haphazardly released, and Cohen and Hochberg note that “much of the existing research is conceptual, lacking empirics.” In university accelerators, the benefits may be limited to what students learn when their startup fails.

State higher education institutions also offer similar programs at comparable or lower rates. Pennsylvania State University’s online graduate certificate in corporate innovation and entrepreneurship, for instance, costs students around $11,000. Stanford University’s Innovation and Entrepreneurship program is around $8,000. And the for-profit University of Phoenix also offers a Small Business Management & Entrepreneurship program for slightly more than $7,000. Many of these programs are a mixture of undergraduate and post-graduate work. These programs can be additions to an entrepreneur’s educational background while others are accredited degree programs.

Of course, college isn’t for everybody, and non-educational approaches remain important gateways into business. One of the more popular avenues is through training organizations designed for current and future startup employees.

“It’s one thing to say ‘It’s okay for an entrepreneur to go to college,’” T.K. Coleman, the education director of startup educational firm Praxis, said in an email. But, he continued:

I would regard it as the highest form of business heresy to utter the words “you can’t be an entrepreneur unless you go to college.” The entrepreneur doesn’t wait on the permission of the majority.

Praxis offers a series of training programs built on a curriculum that prepares participants for the startup world. Instead of college, participants jump into a business and gain work skills like sales, marketing, and coding.

But Praxis is an exception to the norm. Aspiring business founders usually don’t launch a business until they’re older and established in a particular industry. John W. Lettieri of the Economic Innovation Group claimed that the millennial generation is the least entrepreneurial generation, with the number of people under 30 starting businesses down by 65 percent since the 1980s. Some of this lag is probably from more young Americans enrolling in college than a generation ago. This gap may also change in the future; journalist Matt Yglesias noted that entrepreneurship usually peaks for people in their late 30s and early 40s. What matters for entrepreneurs is to build relevant knowledge and skills for the future.

What young entrepreneurs need to do is weigh the trade-offs of each approach to business.

When launching a business, knowledge isn’t the only thing some entrepreneurs want; they also want stable finances. Aspiring entrepreneurs who don’t go to college usually are concerned with high levels of student debt. Even though they usually take on debt to start a business, carrying student debt seems to delay new business launches, according to Quartz. Additionally, the 2015 Gallup-Purdue Index reported that 19 percent of the survey respondents have delayed starting a business due to student debt. Resolving debt before taking on more seems to be the sentiment and could help explain the low number of millennial business owners.

What young entrepreneurs need to do is weigh the trade-offs of each approach to business. The headstrong and clear-sighted may be better starting a business once they earn a high school diploma. Others need more mentoring and connections that college can provide. What matters is approaching the college decision like a business decision.

My own entrepreneurial journey, like so many, isn’t traditional. When I started college, I had the intention to become my own boss and work in a field I love. As I studied international relations and political theory, I learned web development and coding on the side for future work in digital marketing. I also took several classes and training modules on business management, accounting, and corporate culture from the public library. Eventually, my self-education led to a career in marketing and public relations consulting. That shift delayed my degree completion.

To this day, I am still working toward a degree—my entrepreneurial activities come before finishing college. As documented here, there is no “specific” way to become an entrepreneur. Despite the credibility gained by earning a degree, college isn’t always the path to becoming a successful, trail-blazing “agent of change.” However, critics of higher education shouldn’t dismiss what a university can offer in terms of education, innovative environments, and creative people.

The Costs and Benefits of College for an Entrepreneur