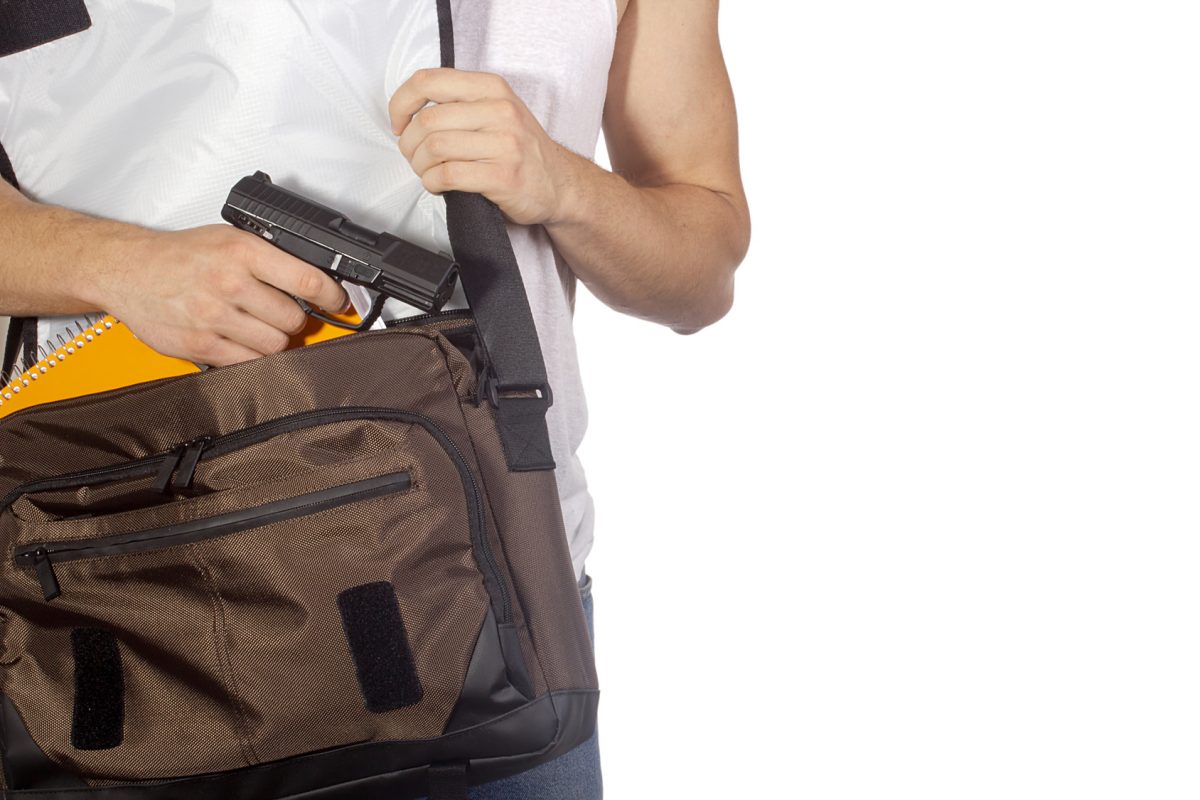 The fight for gun rights on campus is often contentious and generally does not favor the Second Amendment. But in August, pro-gun advocates won a major battle when a federal appeals court threw out a legal challenge by three University of Texas at Austin professors to Texas’s “campus carry” law.

Campus carry, approved by the Texas legislature in 2015 and implemented a year later, allows those with concealed carry permits to possess firearms on public college campuses. The ruling expanded a 20-year-old law by allowing concealed carry permit holders to carry firearms inside buildings, rather than only on campus property open spaces.

In the two years since the law took effect, Texas colleges have been free of mass gun violence, much like previous years.

When the proposal became law, professors statewide protested, and three UT-Austin professors brought a lawsuit against the state, claiming that it violated their academic freedom and increased the likelihood of violence.

But the grave threat to academic freedom claimed by professors has been nothing more than fear-mongering. In fighting against campus carry, the professors argued that students able to carry firearms into their classrooms made them fearful of discussing controversial topics. Tempers might flare, they said, and the situation could escalate into violence. They were especially incensed that the law did not let them individually ban firearms from class.

Some professors went so far as to transfer to another school or engage in performance art. Charles K. Smith, a community college professor at San Antonio College, came to class wearing body armor to protest the passage of a similar campus carry law for community colleges. Nobel laureate Thomas Südhof refused to teach at UT-Southwestern because of the “constant danger that a gun will be pointed at me any minute.”

But in upholding the campus carry law, the court said that the professors must provide concrete evidence that a concealed carry permit holder would be likely to resort to violence.

Some Texas colleges have embraced the new law. At Texas Tech University in Lubbock, university leaders seem much less opposed to the law than the school’s faculty. In an interview with a local radio show, Texas Tech president Lawrence Schovanec didn’t seem to think much about the law: “I don’t mean to minimize the impact of [campus carry], but in a sense you would say it’s been a non-event…The implementation has been very, very smooth.” The issue, Schovanec noted, is now rarely discussed.

Texas Tech’s police department came out in support of the law too, arguing that it has made the school safer. Texas Tech police department Lt. Amy Ivey opined: “I believe it makes the campus a safer place to live, learn and educate.” The police believe that the law deters prospective shooters who are intimidated by the possibility of armed students or staff at the school.

Texas Tech University had an incident in which a student shot and killed a campus police officer in 2017, two years after the law passed. But the new law was irrelevant: the shooter was 19 years old and couldn’t legally obtain a concealed carry permit. Of course, the new law did not act as a deterrent either, as proponents claim.

Aside from Texas Tech, school officials across the state have shared similar sentiments:

Even at UT-Austin, a hotbed of social justice activism, the campus carry debate has largely settled down since the initial flurry of activism. The administration has accepted the law despite faculty opposition, and the implementation of the law has been without incident. (Unless an investigation of one student who showed his concealed firearm for a New York Times article is considered an incident.)

There was good reason to expect that this law was low-risk: for starters, it only applies to a small number of Texas college students. Under the law, openly carrying a firearm on campus remains illegal and gun owners must be at least 21 years old to obtain a permit to carry. Officials at UT-Austin estimate that only 500 students who live on campus are over 21 and fewer than 1 percent of those students have concealed carry permits.

Since the campus carry law’s implementation in 2016, it has been clear that the law has not put students at risk for firearm-related violence. Professors and students opposed to the law produced a great uproar over a non-issue. But the court decided that dubious claims of academic freedom do not allow public school professors to violate students’ Second Amendment rights. This time, emotional outbursts on campus could not dictate policy and the Texas legislature produced a model reform for other higher education systems.

Joseph Warta is a regional director with the National Association for Gun Rights and a former intern for the Martin Center.