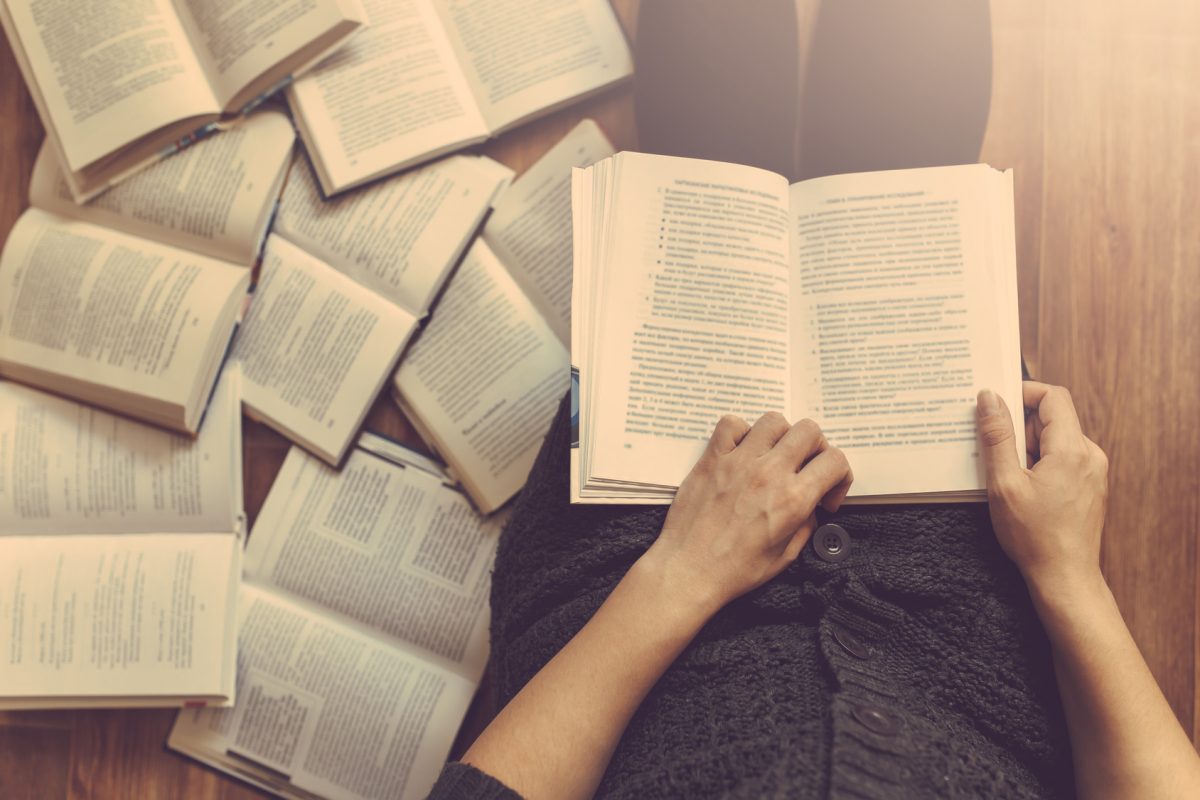 One person who decries this transformation of the liberal arts is author and former Yale English professor William Deresiewicz. Deresiewicz voiced his concerns about academia’s treatment of the humanities as the invited guest speaker at Duke University, hosted by the Kenan Institute for Ethics’ Arete Initiative on September 18th. The event attracted a packed audience of about 100 people, perhaps due to the national attention Deresiewicz gained after the publication of his 2014 book entitled Excellent Sheep: The Miseducation of the American Elite and The Way to a Meaningful Life.

Even though he is left-leaning, Deresiewicz shares his apprehension concerning the liberal arts with conservative thinkers. He believes that the study of the liberal arts ought to be a pursuit of knowledge for its own sake—not simply a set of hoops to usher students through on their way to a future career. And that students should be taught not what to think, but rather how to think critically and independently.

During his talk at Duke, he recalled from his teaching experiences how students often showed up to class during their first year of college already convinced that the positions they held were the correct ones. To them, college was not viewed as a place where one closely examines and challenges long-held assumptions—but rather as a conduit for putting those beliefs into practice.

Deresiewicz attributes students’ behavior to the instrumentalization of higher education—a growing phenomenon that views education as a means rather than as an end. The instrumental thinking that he describes doesn’t just apply to those students who only care about career and monetary success; it also applies to those who want to use their education simply as a means to further their political or ideological agenda.

In past decades, the vocational and career-centered aspects of higher education were much more secondary to other more fundamental purposes. To illustrate this point, Deresiewicz cites an ongoing UCLA study which shows that in 1971, 73 percent of students considered “developing a meaningful philosophy of life” to be the most important activity to accomplish during college, while only 37 percent of students were concerned about being “very well-off financially.” Today, those percentages are nearly reversed.

But Deresiewicz pushes back against the instrumentalization of the liberal arts and contends that higher education’s ultimate purpose is not to “get a job” or to enjoy monetary success or even to “change the world;” these can be positive consequences of a good education, but they are not its end goal.

Deresiewicz argues that, instead of merely teaching how to perform functions, a good education should require students to deeply question and scrutinize the presuppositions or opinions that they bring to the classroom freshman year—a sentiment with which Robert P. George, a noted conservative thinker and professor of jurisprudence at Princeton University, would agree. George frequently emphasizes that students should be exposed to the best arguments on all sides of an issue so that they can learn to think “deeply, critically, and for themselves.”

But Deresiewicz and George only agree until a certain point: that students should become critical and independent thinkers. Beyond that basic principle, their visions of the ultimate purpose of studying the liberal arts seem to diverge. The point of departure mainly lies in each thinker’s conception of the “self” and whether one can pursue objective truth outside of the hard sciences.

For his part, George believes the liberal arts are worth studying because they help students appropriate and integrate “great truths” into their lives, which then enables them to want and choose what is truly good. According to George, “the classical liberal arts proposition is that intellectual knowledge has a role to play in making self-transcendence possible.” He elaborates:

Our critical engagement with great thinkers enriches our understanding and enables us to grasp, or grasp more fully, great truths—truths that, when we appropriate them and integrate them into our lives, liberate us from what is merely vulgar, coarse, or base. These are soul-shaping, humanizing truths—truths whose appreciation and secure possession elevates reason above passion or appetite, enabling us to direct our desires and our wills to what is truly good, truly beautiful, truly worthy of human beings as possessors of a profound and inherent dignity.

George clearly takes a strong stance in support of the existence of objective, universal, truths—and believes that all students should aspire toward grasping them.

But for Deresiewicz, the goal of rational inquiry isn’t the search for universal truths that George describes; instead, he says that when it comes to propositions posed in the humanities, each person should ask whether it is true for them. In his analysis, studying the liberal arts isn’t about the search for the truth, but is rather a project of self-creation. It doesn’t matter what students study as long as they discover who they are through the process:

The crucial thing is to study, not the Great Books, but simply, great books…It doesn’t matter who created it or when…The canon is irrelevant in this respect. A real reader creates her own canon, for it consists precisely of those books that she has used to create herself.

Indeed, Deresiewicz emphasizes the centrality of developing one’s “self.” At Duke, he stated that “the essence of knowledge is self-knowledge.” So, unlike George, Deresiewicz seems to believe that gaining knowledge serves no higher order other than to help each individual construct a sense of self with which they are satisfied.

However, to be fair to Deresiewicz, it is difficult to be completely certain of his views—as his central arguments lack consistency and, at times, seem to contradict one another. For example, in one chapter of his book, he states that professors are important because they help students detect the error in their thinking or “new insights:”

A professor’s most important role is to make you think with rigor: precisely, patiently, responsibly, remorselessly, and not only about your ‘deepest ingrained presuppositions,’ as my own mentor Karl Kroeber, once wrote, but also about your ‘most exhilarating new insights, most of which turn out to be fallacious.’ You want some people in your life whose job it is to tell you when you’re wrong.

Yet, Deresiewicz makes the case later in his book that there is no right or wrong when it comes to humanistic knowledge:

We live…in a scientistic [world]: a world that thinks that science—empirical, objective, quantifiable—is the exclusive form of knowledge, and that other modes of inquiry are valid only insofar as they approximate its methods… Scientific knowledge relates to external reality, to that which lies outside our minds and makes itself available for objective observation. Humanistic knowledge relates to our experience of the world, to what reality feels like. Humanistic knowledge…changes from culture to culture and person to person.

If the attainment of humanistic knowledge does not involve any approximation to objectivity, but solely operates in the realm of experience and feelings, it is difficult to understand on what basis precise, rational inquiry is needed and why it is desirable at all for professors to correct students and tell them that the new insights they garner from reading Plato or Shakespeare are “fallacious” or “wrong.” The apparent inconsistencies in his main assertions leave his readers and audiences with an ambiguous, if not paradoxical, message.

One possible explanation for Deresiewicz’s hesitancy to strongly take one position or another might derive from his intellectual skepticism. Deresiewicz seems to view the act of questioning as an end in itself and says that the “endless entertainment of theories, hypotheses, and alternatives…is an honest confrontation with reality,” and that the “impulse to lunge after certainty” must be resisted.

There is no doubt that it is an excellent thing to question, to probe, and to come up with good reasons and arguments. However, there is the possibility that, in his efforts to temper young students’ uncritically accepted positions, Deresiewicz overcorrects and dismisses the possibility that objective and non-quantifiable universal truths can—as George contends—be found in the humanities, and in the liberal arts more generally.  A measured sense of skepticism is good, but as G.K. Chesterton remarked, “merely having an open mind is nothing. The object of opening the mind, as of opening the mouth, is to shut it again on something solid.”

As such, given the ambiguity in Deresiewicz’s arguments, it is difficult to know to what extent his vision actually aligns with the classical liberal arts tradition. If it were not for his lack of clarity and sometimes alarming statements, Deresiewicz’s commitment to fair, rational inquiry—as a good in itself—might otherwise position him as an ally.

One can hope that he articulates a stronger defense of the liberal arts in the future.

UNC-Chapel Hill Officially Teaches What to Think, Not How to Think

Goldstein: Research Universities Have a Duty to Reopen