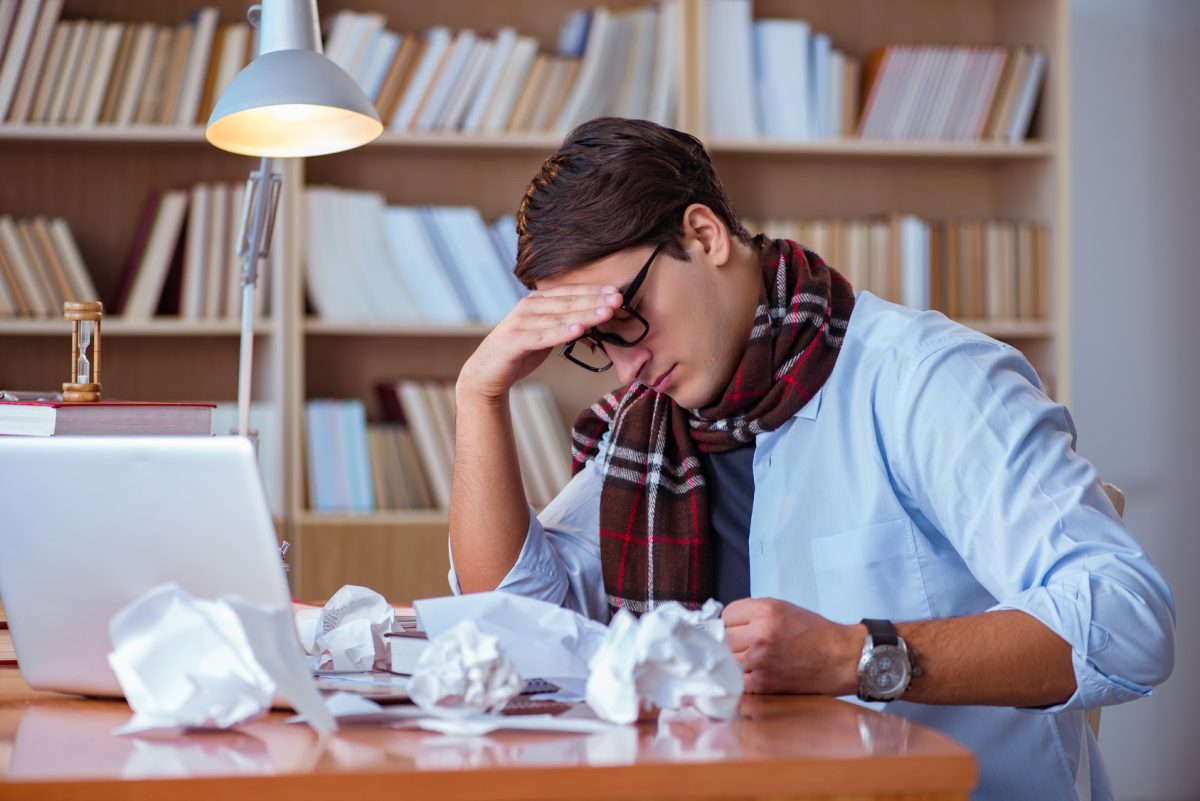 By wide agreement of writing professors and composition scholars, new freshmen arrive not only ill-prepared for college writing but many show little improvement after four years of undergraduate education.

In 2002 the College Board established the National Commission on Writing, which found “growing concern within the education, business, and policy-making communities that the level of writing in the United States is not what it should be.” This may be the mother of all understatements. Using 2004 figures that have not been updated, a 2016 story at Inc. Magazine reported that U.S. businesses spend $3.1 billion annually on remedial writing training for their employees and new hires. The cost is likely much higher.

For a story in the Harvard Business Review, Josh Bernoff surveyed 547 business chiefs and found that 81 percent of them “agree that poorly written material wastes a lot of their time. A majority say that what they read is frequently ineffective because it’s too long, poorly organized, unclear, filled with jargon, and imprecise.”

Writing consultant Jodi Torpey quotes a 2012 60 Minutes segment in which a manufacturing executive, Ryan Costella of Click Bond, laments the poor writing of recent college graduates “who can’t put a sentence together without a major grammatical error.” Applicants who can’t write a proper resume, he says “can’t come to work for us. We’re in the business of making fasteners that hold systems together that protect people in the air when they’re flying. We’re in the business of perfection.”

The problem, as college writing instructor John Maguire has explained here, is that high school graduates start college “with fully established sentence rot.” They haven’t been taught to write in clear, complete sentences. They don’t understand the purpose of a sentence or how to construct one. They throw words into sentences without understanding how they work in relation to one another.

Given this inability to use the building blocks of our language, constructing a whole essay or even a coherent paragraph—an assumed requirement of freshman composition—is out of the question.

Here, for example, is what a student in my freshman composition course wrote in an assignment to identify the topic sentence of a given paragraph:

The topic seem to be about with proper participation, knowledge and skills scientific inquiries can be answered. Everything in the paragraph is supportive of the topic. I noticed the author appears to list a collection of information and what is needed to have success with the data.

It’s not the university’s fault that high school students know so little about writing. They require most students to take a composition course meant to prepare them to write for science and math classes, history and economics and other disciplines so, in the words of Mary R. Boland in a College English piece, they will “be less burdensome to people in other fields.”

The system has largely failed. A major reason why is politics.

First-year composition should teach writing and nothing else. But at too many colleges the mission fails because writing teachers, with the support of their English departments and administrators, use their classrooms as pulpits to indoctrinate their captive-audience students in the professor’s own political ideology. Politics overtakes writing improvement. And in some courses, involvement in community activism of the professor’s choosing is a requirement.

Reviews of course objectives and assignments, the published writing of well-known composition scholars, and interviews with classroom instructors from around the country reveal freshman composition as a popular arena to promote political causes.

For example, a course at the City University of New York is a seminar in Writing Social Justice: Freshman Inquiry. The course description reads, in part, “In this course, we’ll take a look at and practice using the strategies social activists use in documents that further the causes of social justice.”

Instead of showing students how to present and defend positions with empirical evidence, many teachers use classroom time to lecture on white privilege, perceived racism, and the alleged bigotry of standard written English. Political activism appears more important than grammar, sentence structure, and thesis development.

Some of it comes from younger instructors such as Alyssa Crow, a teaching assistant at the University of Utah. Writing instruction, she argues, involves more than helping students develop as writers.

In her master’s thesis at Texas State University, she wrote that,

I must also teach students about privilege, hierarchies, and ideology in order to help them understand that (standard English) continues to be a tool of oppression because it is still privileged over other ways of speaking and writing when we know full-well that it is in no way better (but) simply different—none is better or worse—none marks deficiency; none is unintelligent; none is wrong.

Crow is among those who have bought into the idea, first proposed in a 1974 resolution called Students’ Right to Their Own Language, that all dialects, including Ebonics and Haitian Creole, should be accepted as equal to standard English in college writing.

We might dismiss Crow’s thinking as youthful idealism. Patrick Sullivan is another matter.

Sullivan teaches first-year composition at Manchester Community College in Connecticut and is well-known in professional academic circles. The author of several books on writing, he is among the field’s deepest thinkers, whose expertise supposedly includes an understanding of how high school English fails to prepare students for college writing.

But Sullivan too argues for activism in college writing courses.

“This activism might, in fact, require some front-line, in-your-face political work as we seek to create positive change in our communities and on our campuses,” he wrote in a 2015 journal article. Sullivan’s writing doesn’t reveal how activism produces improved student writing, but he does explain his political philosophy elsewhere. In this academic article supporting Keynesian economic policy, for example, he argues that free markets produce economic inequality.

Similarly, teachers “must help students become aware that knowledge and the acquisition of literacy is a political act,” Barry University English professor Andrea Greenbaum wrote in Emancipatory Movements in Composition. “The goals of writing instruction are designed not merely to inform, but also to liberate.”

to use their authority and argumentative strategies to create a socially constructive pedagogy, a pedagogy of resistance, one that will help students not simply learn how to argue more persuasively, but that will assist in empowering women students outside the walls of the classroom.

In Amanda Meyer’s College Writing I course at Texas State, one assigned essay comes from videos called “On White Privilege” and “The Future of Race in America,” and an in-class “privilege and discussion game.” A perceptive student might conclude that parroting the professor’s viewpoint paves an easier route to course success than mastering the tedious precepts of grammar and rhetoric, to say nothing of risking the professor’s ire with a counter-argument.

One must ask, however, whether courses should include anything but writing. Linguist Stanley Fish and others argue that content, especially politically charged topics, get in the way of teaching students how to construct sentences, organize them into paragraphs, and stitch paragraphs into purposeful essays. Medical students don’t debate health care policy in anatomy class. Electrician apprentices don’t consider energy policy while learning how to wire a house. Should composition differ?

“Any idea can be brought into the classroom if the point is to inquire into its structure, history, influence and so forth,” Fish wrote in his 2015 book Think Again: Contrarian Reflections on Life, Culture, Politics, Religion, Law, and Education. “But no idea belongs in the classroom if the point of introducing it is to recruit your students for the political agenda it may be thought to imply.” Fish is a Democrat.

When politics and anything-goes rhetoric replace rigorous writing instruction free from the distractions of hot-button issues, students suffer. Only when they are unable to make an argument, write critical analysis, and explain meaning in papers for other courses will they discover, too late, that they’ve been the butt of a cruel joke. College administrators who allow faculty to use basic courses to advance their political views are not doing their job.