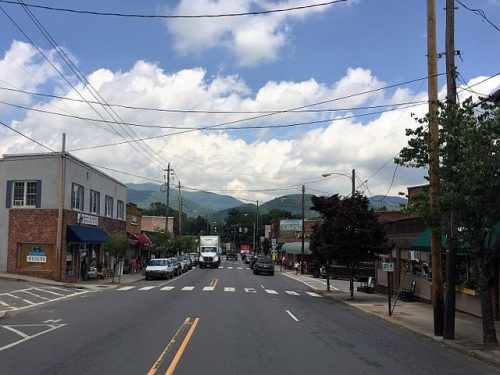 One of higher education’s perplexing questions is why, in a nation as diverse geographically, demographically, and philosophically as the United States, do most colleges and universities seem so much alike? One answer is that there is so much oversight: from accrediting agencies, from government bodies, and from professional associations, that conformity is assured.

But that does not mean innovation is entirely stifled. One example is CreatEd Institute in Black Mountain, North Carolina. CreatEd is a private, non-profit educational Christian institute that opened in the fall of 2016 and is unique in a number of ways. First, it is unique in its educational mission. To the founders of the institute, education is more than just gaining knowledge and career training: it is about developing the whole person by helping students grow spiritually, intellectually, and professionally.

Second, the institute intentionally limits the size of its student body to foster an intimate learning environment. As such, students start and progress through the program in a small cohort of about 30 or 40 students—and they attend classes and participate in student activities within that cohort for the entire 16 months of the core program. Topics covered in the core program include philosophy, art, anthropology, theology, mathematics, physics, biology, economics, government and law, and literature.

Another aspect that makes CreatEd distinct is its approach to class scheduling. Unlike traditional semester settings, where students take four or five classes simultaneously for 15 weeks, students at CreatEd take a set of classes each semester—but they take and complete a course before moving on to the next one. That way, students can fully immerse themselves in one subject without having to juggle several at the same time.

The curriculum at CreatEd takes inspiration from the “Great Books”—particularly those included in the Syntopicon (“a subject-matter index to writings included in the Great Books”) compiled by philosopher Mortimer Adler. But, according to the institute’s director of operations and faculty, Jeff Ingle, the institute is not a Great Books school in a strict sense. Rather, students read portions of the books and try to put “into dialogue a lot of the key thoughts of major thinkers.” Ingle continued:

We do take from the classics, but it’s less of a full, rigorous read of a classic in its entirety, as much as it’s trying to “get” what these thinkers were doing that was so innovative and moved the field [forward].

Ingle added that the Socratic method is employed in the classroom and that students are encouraged to take an active role in analyzing the readings and in connecting the ideas of one author with “other great thinkers throughout time.” Among the classic and contemporary authors students are exposed to include Plato, Aristotle, Thomas Aquinas, Immanuel Kant, Rene Descartes, John Locke, Peter Kreeft, Norman Geisler, and many more.

Another appealing feature of the program—although it undoubtedly steepens the program’s overall cost—is the class trip to Italy in the fourth semester. There, students complete their fine arts module while having the chance to explore a different country and culture.

Perhaps what sets CreatEd apart the most from other educational models is how it provides students with the opportunity to participate in a two-semester vocational training program directly after the 16-month core program. In the first semester of the vocational “Guild” program, students are enrolled in a course called “Business Model Development” where they learn career-oriented skills such as finance and marketing.

Then in the second semester, students get hands-on experience in the industry of their choosing in the form of an apprenticeship, entrepreneurship, or research project, and then are assigned a corresponding industry professional as a mentor.

The students who attend CreatEd are not only North Carolinians. Instead, according to Ingle, they come from all across the country, including Alaska. To attract students, CreatEd officials often market to high school students in Summit Ministries (a Christian organization), as well as to students who come from non-traditional K-12 backgrounds such as homeschool students and Classical Conversations students (a Christian learning community).

But CreatEd has some major obstacles to surmount before it can be a degree-granting institution. Since its opening in 2016, CreatEd was only able to award Certificates of Completion to students who finished the core program—and not any formal degrees. That seems to be changing, however, because at a recent committee meeting of the University of North Carolina Board of Governors, the institute was granted an interim two-year permit that allows it to “conduct postsecondary degree activity leading to an Associate of Arts in critical thinking and integrative studies.”

There are some conditions that come with the interim permit, however. UNC officials conducted a site visit as a prerequisite to issuing it. Afterward, the team of state examiners and state authorization staff drafted a list of requirements that CreatEd would need to address. The list included:

During the BOG committee meeting, Daniel Harrison, the UNC system’s associate vice president for academic planning and state authorization, noted that the team was particularly concerned about the number of faculty members and their credentials. On CreatEd’s employee page, for instance, there doesn’t appear to be anyone who holds a PhD. But according to Harrison, the institute “agreed to affiliate with other universities, [in case] students have questions about the curriculum that can’t be answered by their very small faculty.”

According to Harrison, since the institute may not be able to resolve all of the team’s requirements within the short span of two years, it addressed what it could and then developed a plan of action to meet the other requirements. Harrison added that the team will evaluate the institute annually and revisit the site after two years to assess whether to issue it a full license.

So, for all of its attractive qualities, there appear to be some potential drawbacks that students should take into account before packing their bags for Black Mountain. For instance, besides the concerns listed above by the state examiners, the cost of attendance at CreatEd is rather high. The total cost of the four-semester core program is $39,820, although approximately $5,000 worth of scholarships and grants are available for each student. Students are also encouraged to work part-time to help pay for tuition expenses.

The CreatEd Institute is a good reminder that a college education can—and perhaps should—come in all shapes and sizes.

And if students were to continue onto the Guild program, they would have to pay roughly an additional $8,773 to $11,708 (depending on what vocational track is chosen).

Besides the program’s hefty price tag, CreatEd is also not accredited—and does not at present plan on pursuing accreditation. According to its website, there are two reasons for this decision. One, the founders are concerned that CreatEd’s unique design would not fit into accreditors’ narrow educational models.

Additionally, the expense of accreditation would be difficult for a small institution like CreatEd to afford. Nonetheless, it still might be worthwhile for the institute to pursue accreditation in the future because it would ease the transfer process to four-year colleges or universities.

However, the institute has tried to compensate for its lack of accreditation by working on a number of transfer agreements with institutions that accept unaccredited coursework. One of those institutions is Montreat College in Montreat, North Carolina. Montreat also makes its library available to students at CreatEd. The two institutions are only 15 minutes from each other.

Yet, even with the hurdles it still needs to surmount, the CreatEd Institute is a good reminder that a college education can—and perhaps should—come in all shapes and sizes. As its educational philosophy emphasizes, becoming an educated person is more than a rite of passage to a piece of paper and a job—it’s about learning how to think deeply about transcendent truths and incorporating those truths into how one lives one’s life.

And in a world of higher education where administrative offices and university planning committees are in a seemingly endless arms race to one-up other universities to increase enrollment by the slightest margin, it is refreshing to see innovative institutions that prioritize quality over quantity.