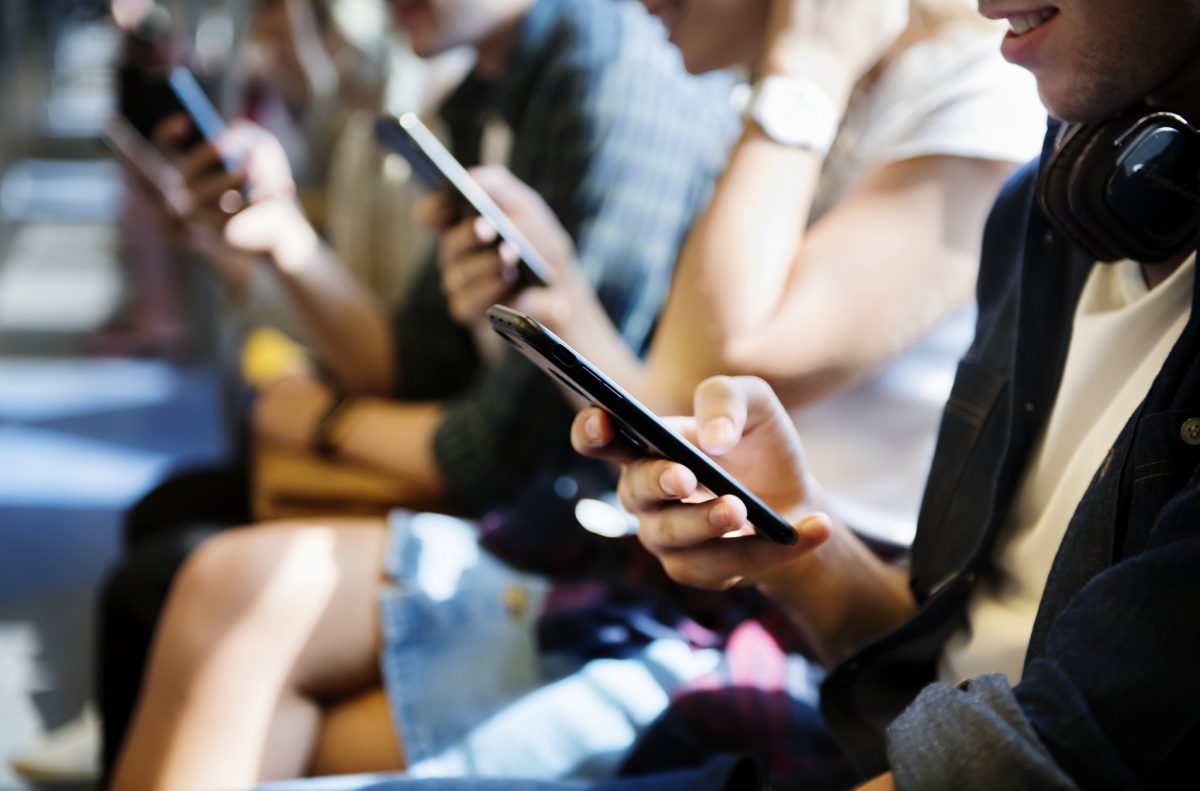 The post-millennials have arrived. As the oldest millennials turn 37, demographers have designated a new generation for those born after 1996, Generation Z. The oldest members of this cohort just graduated from college and had their first (legal) alcoholic beverages. As they wind their way through college, post-millennials will change higher education, just as previous generations did.

Born in 1997 or later, Generation Z was too young to form a coherent memory of the September 11th terror attacks. They have no memory of a pre-9/11 world or a time when the U.S. didn’t have a military presence in Afghanistan. Many are too young to remember a time before smartphones. Apple released the iPhone in 2007, and by 2012, more than half of all Americans owned a smartphone.

The members of this generation have different problems: they’re less prone to criminality and substance abuse but more susceptible to depression and suicide. And one thing that has especially emerged as a defining characteristic—of at least some large portion of them—is their tendency to be intolerant and to wish authority to make others behave as they wish.

Former St. John’s University instructor Richard Lee Bruce is intimately familiar with Generation Z. Bruce left higher education to teach high school more than 30 years ago. In his time as a high school teacher, he had the opportunity to observe a sea-change in student behavior. In the 1980s, fistfights were an almost daily occurrence. Three and a half decades later, they’re non-existent; he couldn’t remember the last time one occurred.

According to Bruce, student behavior steadily improved each year. He described the present crop of students as “massively well-behaved” and “extremely pleasant.” Even the juvenile delinquents are better behaved: the kids in detention no longer try and sneak out for cigarette breaks. Bruce’s observations are borne out by statistics. After peaking in 1993, the number of serious violent crimes committed by juveniles fell from 1,108 per 100,000 to 188 in 2015, an 83 percent decrease.

Not only are students better behaved, but they are using less drugs, drinking less alcohol, and smoking fewer cigarettes. When the National Institute on Drug Abuse surveyed 8th, 10th, and 12th graders, they found that marijuana use has remained relatively stable, but alcohol, tobacco, and other drug use declined dramatically since the mid-90s. Since 2012, past-month alcohol use declined by 20 percent among 12th graders, 29 percent among 10th graders, and 27 percent among 8th graders. This five-year drop comes on the heels of an almost 15-year decline in alcohol use among teens. Other forms of drug use have similarly declined.

While today’s youth are better behaved, they seem touchier and more prone to taking offense. Philosophy professor Stanislaus Dundon began substitute teaching at the high school and junior high school level after retiring from Sacramento State University in 2006. Dundon loves teaching, and he loves his students, but he’s afraid of them.

Dundon is a passionate advocate for reading and literacy. In his view, book reading is critical to intellectual development. Once when he gave an exam, he noticed that one of his students had finished early and was quietly reading a paperback under her desk. Dundon told her that he was happy to see students reading and she didn’t have to hide her book. That led to a student complaint and a summons to the principal’s office. An anonymous student complained that Dundon had advocated reading in a math class. The authorities deemed his remarks too controversial, inappropriate for the classroom, and reprimanded him.

In an earlier time, this type of complaint would be dismissed as frivolous. But today, a student’s right not to be offended doesn’t depend on whether they’re justified in taking offense. The fact that a frivolous student complaint can potentially derail a career has a chilling effect on speech.

Among active higher ed faculty, the fear is palpable. In the past half-decade, aggressive student protesters have driven faculty and administrators from their positions: the Christakis at Yale, Brett Weinstein and Heather Heying at Evergreen State College, Tim Wolfe at Missouri. A career that took decades to build can be destroyed in a social-media minute.

When educators fear their students, something has changed in our culture. For decades, author Lenore Skenazy warned of the dangers of overprotective parenting on her on her blog, Free Range Kids. In a 2016 piece for Reason, she and New York University social psychologist Jonathan Haidt warned that overprotective parents and a safety-obsessed culture left young people incapable of coping with adulthood:

We’ve had the best of intentions, of course. But efforts to protect our children may be backfiring. When we raise kids unaccustomed to facing anything on their own, including risk, failure, and hurt feelings, our society and even our economy are threatened. Yet modern child-rearing practices and laws seem all but designed to cultivate this lack of preparedness. There’s the fear that everything children see, do, eat, hear, and lick could hurt them. And there’s a newer belief that has been spreading through higher education that words and ideas themselves can be traumatizing.

They also noted how this parenting approach has affected higher education:

A few years ago, Boston College psychology professor emeritus Peter Gray was invited by the head of counseling services at a major university to a conference on “the decline in resilience among students.” The organizer said that emergency counseling calls had doubled in the last five years. What’s more, callers were seeking help coping with everyday problems, such as arguments with a roommate. Two students had dialed in because they’d found a mouse in their apartment. They also called the police, who came and set a mousetrap.

Skenazy and Haidt’s article didn’t focus on the recent campus controversies. However, in a long piece for The Atlantic, co-written with Foundation for Individual Rights in Education president Greg Lukianoff, Haidt connected overprotective parenting with recent controversies over microaggressions, safe spaces, and trigger warnings. According to Haidt and Lukianoff, overprotectiveness led to “vindictive protectiveness,” which they define as the desire to punish those who make students uncomfortable:

The current movement is largely about emotional well-being. More than the last, it presumes an extraordinary fragility of the collegiate psyche and therefore elevates the goal of protecting students from psychological harm. The ultimate aim, it seems, is to turn campuses into “safe spaces” where young adults are shielded from words and ideas that make some uncomfortable. And more than the last, this movement seeks to punish anyone who interferes with that aim, even accidentally. You might call this impulse vindictive protectiveness.

It’s easy to see why a safety-obsessed culture would issue trigger warnings and focus on microaggressions. According to Haidt and Lukianoff, trigger warnings evolved in online forums where they existed to protect traumatized people from triggering reminders. Further, they argue that “vindictive protectiveness” cultivates pathological thinking. For example, microaggression theory, which sees small slights as systemic oppression regardless of the speaker’s intent, has been a tool to limit campus debate and discussion.

Students, who prioritize safety and aim to prevent real or imagined danger, are sacrificing the free speech tolerance of the past.

According to Haidt and Lukianoff, vindictive protectiveness lies at the root of campus authoritarianism; they even connect it to the increase of depression and suicide among young people. Haidt and Lukianoff’s proposed explanation could be called the Snowflake Hypothesis. Students, who prioritize safety and aim to prevent real or imagined danger, are sacrificing the free speech tolerance of the past.

But the snowflake hypothesis ignores the political dimension to student demands. Students demanding that speakers be disinvited or that colleges crack down on microaggressions are doing so on behalf of groups they see as marginalized. They aren’t demanding that white people, Christians, or men be protected.

Kelly-Woessner defines political tolerance as a willingness to allow unpopular groups to participate in the political process. Further, she argues that intolerance is linked to what she calls a social justice orientation:

If we look only at people under the age of 40, intolerance is correlated with a “social justice” orientation. That is, I find that people who believe that the government has a responsibility to help poor people and blacks get ahead are also less tolerant.

The marketplace of ideas is premised on the notion that when people exchange competing ideas, they assign value to those with the most intellectual merit and discard those without merit. However, in order to trust that this process will advance one’s own political values, one must both believe that one’s ideas are most meritorious, and also have some confidence in one’s ability to promote and defend those values to others.  In other words, participation in a free marketplace of ideas requires a certain level of confidence in one’s own political acumen.

Kelly-Woessner links rising intolerance to a decline in both political confidence and the impact of Herbert Marcuse on those with a social justice orientation. Marcuse, a New Left theorist, argued that “tolerance of intolerance” threatened the survival of a free society, and society shouldn’t tolerate what he saw as reactionary speech. Haidt and his collaborators, on the other hand, link declining political tolerance to overprotective parenting. Whatever the cause, young people appear to have less faith in the marketplace of ideas, and less confidence in their ability to participate in it.

As a result of these tendencies, Generation Z appears to demand safety over intellectual discomfort on campus. It is too early to tell whether other students will push back against this campus shift in favor of open debate and academic freedom, but the trend is not at this moment favorable.