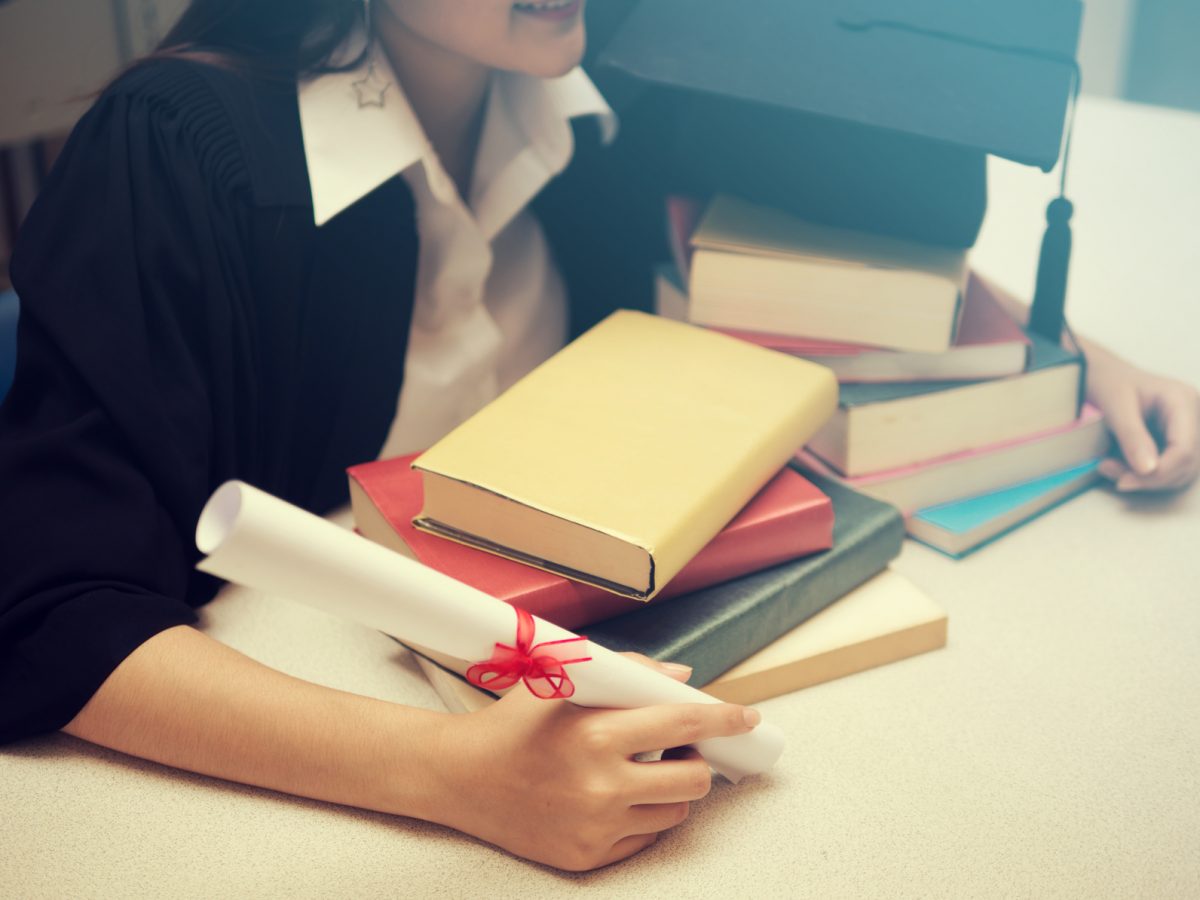 In his recent book The Case Against Education, Professor Bryan Caplan argues that most Americans derive little benefit from their years of schooling in terms of skill and knowledge. What they get instead are educational credentials—the diplomas and degrees attesting that they have officially gotten through some level of education. This quest for credentials that put you ahead of people without them makes sense for individuals, but for society, it is a huge waste of resources, he argues.

Nearly 20 years ago, Professor David Labaree came to the same conclusion. He wrote in How to Succeed in School Without Really Learning,

The difficulty posed by the glut of graduates is not that the population becomes over-educated (such a state is difficult to imagine), but that it becomes over-credentialed, as people pursue diplomas less for the knowledge they are thereby acquiring than for the access that the diplomas themselves provide. The result is a spiral of credential inflation, for as each level of education gradually floods with a crowd of ambitious consumers, individuals have to seek ever higher credentials to move a step ahead of the pack. In such a system, nobody wins.

Nobody wins, but some people lose more than others.

Individuals who, for whatever reason, cannot obtain the credentials that are needed if they’re going to be considered for jobs are denied opportunities for advancement. They’re confined to the shrinking and mostly low-wage sector of the labor market where educational credentials still aren’t required. (That explains why there appears to be a “college earnings premium”—fewer and fewer occupations are open to people without degrees, a point I argued here.)

College degree requirements are problematic because one of the most firmly entrenched concepts in our law now is that businesses and institutions are not allowed to discriminate against people for irrational reasons. They may not deny them opportunities because of their characteristics or because they just don’t “seem to fit.”

Title VII of the 1964 Civil Rights Act provides that employers may not discriminate against applicants based on their sex, race, religion, or national origin. The law also says that employers may have preferences for applicants of a certain sex, religion, or national origin but only if they can show that such characteristics are truly necessary for the business—that they are bona fide occupational qualifications.

Nothing in the Civil Rights Act stated that employers couldn’t discriminate on the basis of education or educational credentials, but that idea was brought into the law by the Supreme Court. In its 1971 ruling in Griggs v. Duke Power Co., the Court held that if an employer demands that applicants have certain educational attributes (in that case, having a high school diploma was required for nearly all jobs), that demand would violate the law if it had a “disparate impact” on racial minorities. Because far more whites had high school diplomas than did blacks or Hispanics, Duke Power’s requirement operated the same as if the company were discriminating against minorities and was therefore illegal.

If it can be a violation of the law to require that people have a high school diploma where it can’t be demonstrated that it is necessary to be able to do the work, then what about college degrees? In their 2008 paper for the Martin Center, “Griggs v. Duke Power: Implications for College Credentialing,” Richard Vedder and Bryan O’Keefe noted that employers have widely adopted college degrees as a requirement for applicants, using them as a “de facto intelligence test.” Then they questioned whether that educational requirement would hold up in court if challenged. “Could employers who have set the college degree as a requirement show that it has anything to do with ‘business necessity’ or is ‘job-related?’” they asked.

“If the Equal Employment Opportunity Commission or the courts were to scrutinize this, they might conclude that it has a disparate impact,” Vedder and O’Keefe wrote.

Recently, that same question was raised by Frederick Hess and Grant Addison of the American Enterprise Institute in their Wall Street Journal op-ed, “Degree Inflation and Discrimination.” Hess and Addison write, “Some 61 percent of employers have rejected applicants with the requisite skills and experience simply because they don’t have a college degree, according to a 2017 Harvard Business School study.” That study, “Dismissed by Degrees” found that more than 6 million American workers could be affected by degree inflation. That is to say, they could be precluded from switching jobs they already know how to do because they don’t have the right educational credentials to be considered.

And that is just part of the problem since many more people who are looking for their first jobs are screened out of consideration because they don’t have the required college credentials. Hess and Addison, like Vedder and O’Keefe, see that the government’s “disparate impact” standard should apply to college degree requirements, but note, “College degrees have a patina of intellectual capacity and nondiscrimination—likely why their use by employers has never been legally challenged.” They suggest that it is time for such a challenge because degree inflation is spreading.

Can we stop the upward ratchet of education credentials so that people won’t have to keep getting higher credentials just to move ahead of the pack?

That was the finding of a 2014 study by Burning Glass Technologies. Just to cite one data point, Burning Glass reported that 65 percent of job postings for executive assistant and secretarial positions now demand a college degree, despite the fact that only 19 percent of those who currently hold such jobs have college degrees. Insisting on a college degree for such jobs, therefore, appears to be an unnecessary and harmful screening mechanism.

It is clear that America’s degree inflation mania is very costly and unfair to poorer individuals, whether they are in a minority group and protected against “disparate impact” or not. The question is: what should be done? Can we stop the upward ratchet of education credentials so that people won’t have to, as Labaree wrote, keep getting higher credentials just to move ahead of the pack?

Hess and Addison advocate pressure through litigation, hoping to see lawsuits attacking the college degree requirement just as the high school diploma requirement was attacked in Griggs. If a court were to rule that an employer’s college degree requirement had a disparate impact on minority applicants and was thus illegal, that would send seismic shock waves through the higher education industry. The result would be the reverse of Griggs—deflating the artificial demand for college credentials that case catalyzed.

While I would be glad to see that result, I don’t want to see it brought about by Title VII litigation. Employers should be free to set whatever educational standards they want for their workers, even if they seem unfair or irrational. Rather than more governmental interference with freedom of contract, we should hope that college degree requirements collapse because employers find better means of evaluating applicants.

The Harvard Business School study mentioned above calls for action by corporate leaders, stating, “Only the top leadership of an organization can perceive how degree inflation inflicts pain on different critical middle-skills jobs and, thus, identify the total cost of upgrading credentials to a bachelor’s degree.” It points to Expeditors, a Fortune 500 company whose founder achieved only an eighth-grade education. Many of the company’s executives don’t have college degrees and the firm’s human resources director, Lenora Turner, says, “Our approach is: Hire for attitude, train for skill.”

If business leaders would promote that way of choosing which job candidate to hire, credential inflation would subside not as a result of coercion, but because it simply isn’t an efficient way of screening applicants.