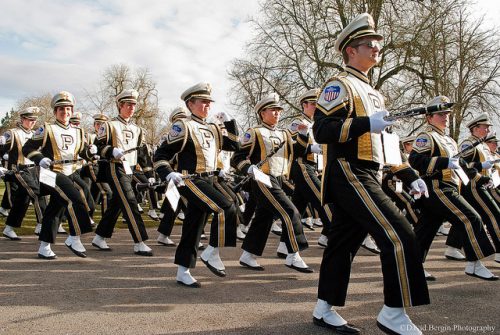 Despite that, there are some college leaders who stand out from the rest. Paul LeBlanc, for example, has taken Southern New Hampshire University from being a sleepy little college of 2,500 to become one of the leading national players in online education, with 80,000 or so students. At mainline state universities, Michael Crow has been a dynamic leader at Arizona State, and Gordon Gee is legendary for his leadership of not one but five universities, including three land-grant schools (Ohio State, Colorado, and West Virginia) and two prestigious private institutions, Brown and Vanderbilt.

But the single most exemplary leader of American higher education today in my judgment is Mitch Daniels at Purdue University. When he leaves Purdue’s presidency, tentatively planned for 2020 at age 71, the tuition level will be the same as it was when he took office at the beginning of 2013—over seven years earlier. Correcting for inflation, published tuition fees probably will have fallen a good 10 percent during the Daniels presidency. Since incomes are rising (albeit perhaps too slowly), the burden of becoming a Purdue Boilermaker has been steadily declining—in marked contrast to earlier in history.

I once estimated that it took a larger proportion of Indiana’s per capita income to pay Purdue’s tuition in 2012 than 73 years earlier in 1939, late in the Great Depression. Moreover, the tuition freeze does not consider an absolute dollar decline in room and board charges of attending Purdue. This is truly a remarkable achievement.

But there is much more. Let me mention just three other innovative things that have happened.

First, Purdue is the first school that I know of that is literally investing in its own students through innovative Income Share Agreements (ISAs). Purdue pays a given amount of the fees of selected students—lowering their direct financial burden of getting a Purdue degree. In return, the students contract to give Purdue a mutually agreed percentage of their income for a stated number of years after graduation. The financial risk of attending the school shifts from teenagers who have little or no experience with major financial matters to the provider of the educational service. Purdue thus has “skin in the game” with respect to its own students.

Resources limit the ability of Purdue, or most other schools, to do large ISA programs. Yet highly endowed private schools could emulate on a larger scale what Purdue is doing. Take Big Ten conference competitor Northwestern University. If it devoted just 5 percent of its endowment to ISAs for its students, it could do, on average, $65,000 investments in about 8,000 students—the equivalent of over four years of graduating undergraduate classes.

Second, President Daniels realizes that as a land-grant institution, a big part of Purdue’s mission supposedly is to democratize higher education, which probably means serving large numbers of a citizenry who lack the means of buying an expensive residential education. Like most schools, Purdue is not an expert on running successful large-scale online programs. The solution? Purdue has bought Kaplan higher education (now Purdue University Global), one of the larger or more respected for-profit operators. Kaplan’s knowledge about nuts and bolts issues such as marketing, combined with Purdue’s reputation for providing good education, is a natural combination.

Third, in what I first thought to be a frivolous and unfortunate diversion, Purdue has gone into the beer business.

Actually, it makes some sense. Boiler Gold American Golden Ale is the first beer developed by Purdue, quickly selling out at this year’s first football game. As President Daniels has explained to me, Purdue has a rich agricultural tradition, and beer is an agricultural product—I believe the hops are grown nearby under Purdue’s direction. Purdue has a Hops and Brewing Analysis Lab, a School of Food Science, and so forth.

Improving the productivity and utility of agriculture was a core mission of schools like Purdue created out of the 1862 Morrill Act. Money made from beer sales is supporting agricultural research (as well as Purdue athletics). Research into developing craft beers has led to a partnership with an alumnus who does the actual brewing for Purdue.

President Daniels grasped quickly in his presidency that a large majority of money spent by contemporary research universities does not actually directly support the major missions—teaching and research. There are a lot of things universities do they are not particularly expert at, such as running power plants, conference centers, parking garages, and all sorts of other enterprises, not to mention providing food and housing to thousands of students. Using insights probably developed in his years as a business executive at drug giant Eli Lilly, Daniels has found hundreds of ways to save a few dollars here, a few dollars there. It all adds up.

At the same time, Purdue has actually added tenure-track faculty positions. Moreover, Daniels made freezing tuition a central goal, rather than, more typically, tuition fees being a residual consideration—determined after a multiplicity of other (often expensive) goals were achieved.

Enrollments are up, especially for higher tuition fee foreign and non-Indiana domestic students, so average tuition revenues per student have probably increased a fair amount. The school is not undergoing a deficit-financed binge that is unsustainable. Daniels is a hard money man, the co-director of the Committee for a Responsible Federal Budget, a former director of the Office of Management and Budget, and for eight years the governor of Indiana.

Interestingly, he is not an academic (although he is a Princeton and Georgetown Law graduate). Like most faculty members, I have generally long been skeptical of persons without academic backgrounds running universities, but I am coming around to the view that a well-educated individual with distinction in the Real World that provides universities with much of their resources often can outdo those with a narrow Ivory Tower perspective in performing the complex task of running a major academic institution.

Daniels is not at all “progressive” in the political sense, but under his leadership, Purdue has clearly progressed. Other college and university presidents should be thinking, “How much of the Purdue Model can I duplicate?”