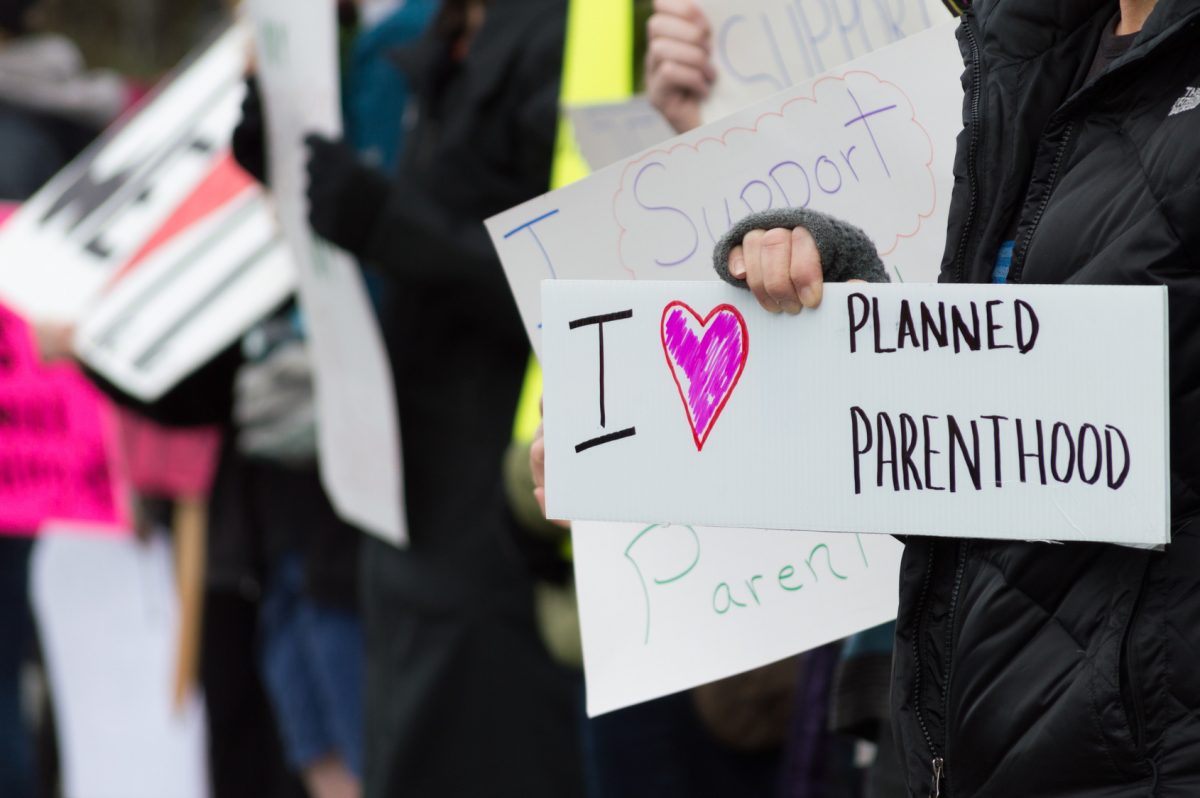 The supposedly academic discipline of Women’s Studies is “an arm of the women’s movement,” according to philosopher Christina Hoff Sommers. And that movement is political; political activism is at least as fundamental to women’s studies as its academic components.

As it says in the National Women’s Studies Association’s Constitution, the underlying goal of women’s studies departments is that of “transform[ing] the world” to one “free of oppression.” One can argue whether that goal is overly ambitious; it is hard, however, to argue that it is not political.

One area where this politicized agenda reveals itself in full is the euphemistically named “experiential learning” programs run by campus women’s centers (usually affiliated with women’s studies departments). Not only do women’s centers approach issues in terms of a specific ideology, they also mobilize students to put that ideology into practice.

Such blatant activism is not how academic units at public universities are supposed to conduct themselves. The purpose of education at public universities (and in some cases, private) is not to advance ideologies; rather, it is to instill students with the capabilities to come to their own conclusions through properly academic methodologies.

And it appears that women’s centers and programs within the UNC system often fall short of that purpose. At the University of North Carolina at Charlotte (UNCC), for example, there is a program entitled: “Gen-X: Where Academics Meets Activism.”  Students admitted to the program function as a “community” where they usually live in the same housing and attend the same classes. Gen-X students focus on “social justice and activism work” and are required to take a class on “Gender, Activism, and Leadership.” According to the course description:

This course will take students beyond the books and the classroom—into the real life experience of activists, leaders and agents of positive social change. Making the personal political, students enrolled in this course will select and complete a community activism project focusing on a gender issue.

While the program’s website does not explicitly state what kind of “real life” experiences Gen-X students participate in, there are some clues. In its promo video, Gen-X students are seen holding “vote now” signs and wearing Planned Parenthood stickers. Gen-X’s director, Jennifer Byrd, told her students in a class discussion “don’t tell me there isn’t a need for activism…thank you radical feminism! Right?”

Additionally, according to this Feminist Majority blog post, Byrd participated in a 2014 voting campaign on campus where UNC-Charlotte students wrote about why they were voting for then-Democratic candidate for Senate, Kay Hagan. Byrd posted pictures of students with signs that read: “I’m voting Kay Hagan for U.S. Senate because… I support feminist ideas” or “I support safe abortions.”

But the women’s and gender studies program at UNC-Charlotte is not the only one with an activist bent. At UNC-Chapel Hill, there is a program called the Moxie Project—a collaboration between the Carolina Women’s Center, the Southern Oral History Project, and the Department of Women’s and Gender Studies. The aim of the program is to train students through coursework and internship experience to be feminist activists in their local communities.

One former Moxie Scholar said: “Without this internship I don’t think I would have ever reached this point of urgency in my activism.” That activism, however, often appears to be specifically activism for left-wing policies. As Carol Teal, a former partner with the Moxie Project, said:

Indeed, activities and content promoted in the Moxie Project closely align with the “progressive” political agenda. For the first few years of the Moxie Project, students participated in paid internships at Lillian’s List, an organization that “recruits, trains and supports progressive women, who are champions of reproductive freedom and equity for women, to run for public office in North Carolina.”

As a program requirement, Moxie Scholars are required to create a final project to present to the supervising staff and faculty. In the 2013 group presentation, the students held signs with defamatory language about the Republican Party and the North Carolina General Assembly.

In the group presentation, one Moxie Scholar who interned with Lillian’s List said:

I went with other individuals from Lillian’s List to listen to the senate “debate” the bill. The NC Legislature seems to be perfecting the art of the low blow; targeting so many groups that the only individuals left unscathed are the minute portion of the population… I left the General Assembly that day in tears. I’ve been crying for the women of NC every day since.

Another student claimed that:

All education, whether in the field of English, Biology, or History, is inherently political—especially in a public university system, threatened with the closure of entire campuses… and budget cuts.

Other organizations that Moxie Scholars have worked with include: The National Abortion and Reproductive Rights Action League (NARAL Pro-Choice), the NC Justice Center, and Women AdvaNCe (a progressive-leaning, pro-choice non-profit).

This year, the Moxie Scholars will take a course called “Women and Politics” which has the following course description:

A comparison of men and women as political actors at the mass and elite level in America. Topics considered include the “gender gap,” the women’s movement, abortion, and the Equal Rights Amendment.

Students will then put what they learned into practice in their internships with the heavily Democratic Town of Carrboro, Women AdvaNCe, the North Carolina Coalition Against Sexual Assault, and the Pauli Murray Project (a social justice project inspired by the life of “activist, scholar, feminist, poet, and [female] priest Pauli Murray”).

Despite the women’s center’s apparent partisan leanings, it has received generous support from the state. According to data from the North Carolina General Assembly, in the 2013-2014 academic year, the Carolina Women’s Center received $126,902 in funding from the state. That year, the Moxie Project was completely funded by the university’s provost office. However, according to a 2017 newsletter, the Moxie Project is now fully funded by private donors. Nevertheless, the Carolina Women’s Center’s staff still dedicate 100 hours per fiscal year to the project, which is still paid for by the university.

A quick look around North Carolina reveals other examples of similar politicization. UNC-Wilmington’s Women’s Studies and Resources Center is also steeped in radical feminist values. For one, in collaboration with NARAL Pro-Choice, the center sponsors an “Activist in Residence Series.” In the 2014-2015 academic year, the center invited Emily Letts—known for filming her own abortion—to speak to students. Letts, with the help of NARAL Pro-Choice, filmed and collected the stories of students’ own abortion experiences. (In fact, UNCW, along with UNC-Chapel Hill and UNC-Greensboro, grant students course credit for interning with abortion provider Planned Parenthood).

It is important to note that not all of the activities at women’s centers are blatantly ideological; there are positive things they do such as provide counseling and help homeless, abused, or incarcerated women. Indeed, some might defend women’s centers because of the health services they provide students such as counseling. But those services can, and perhaps should, be provided at campus health and counseling centers. Removing the political element from health activities will most likely improve the level of professionalism, as well as remove the cover provided to the centers’ political—and therefore illegitimate—activities.

As such, it is difficult to see the need for women’s centers and programs in the first place—especially if one of their main functions is to put mainstream feminist ideology into practice under the guise of “experiential learning.”

Indoctrinating students with specific ideologies and then creating corresponding programs for them to put those ideas into practice is not education—it is recruiting political actors and most certainly is not the purpose of higher education. It may be time for the state to take a really good look at its universities’ women’s programs and see which are excessively political and which—if any—serve an educational purpose.