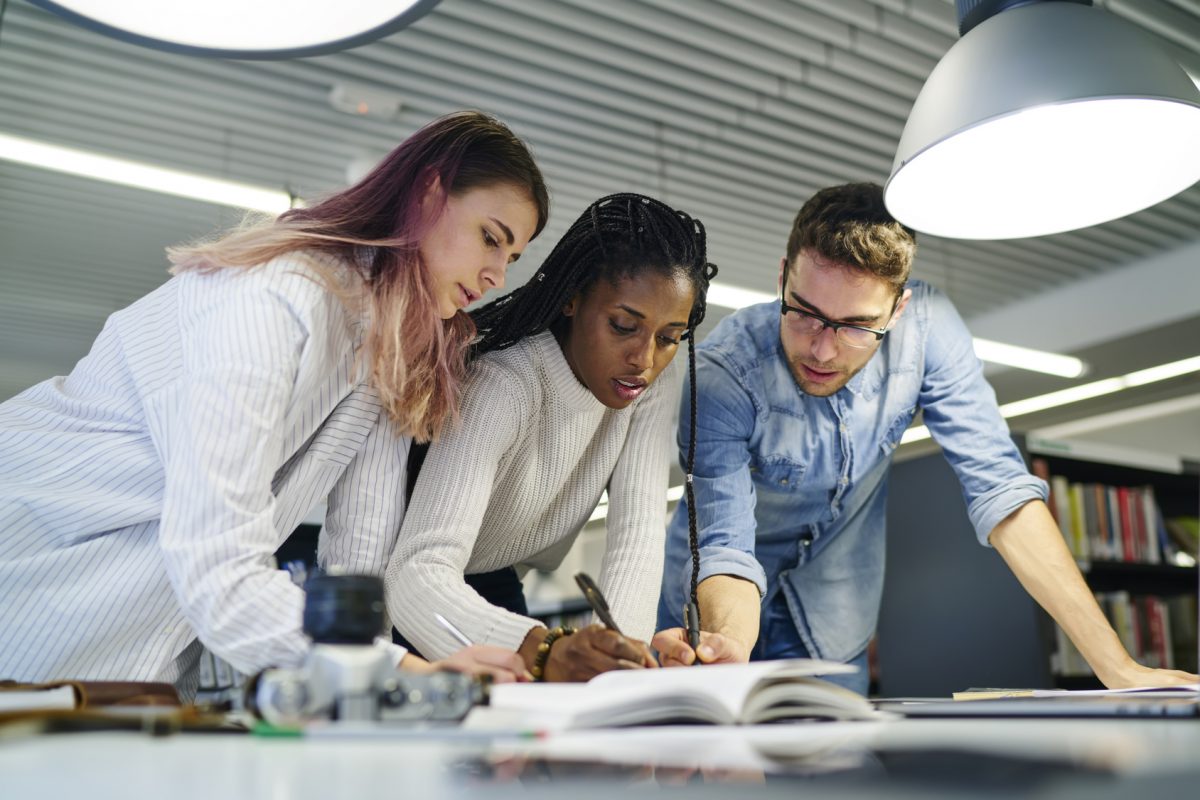 The millennial generation is taking a lot of heat lately, with even some of its members a bit shame-faced about their values, habits, and much else. Most troubling to the economically literate are surveys revealing millennials’ high level of comfort with socialism: at least one poll suggests a majority might prefer to live in a socialist or communist society. Since many in this age group are also OK with using physical force to silence those with whom they disagree, it’s not unreasonable to fret they’ll transform America into something like Venezuela if given the chance.

But I spend my work days in the company of millennials, and I’m less worried. A recent classroom discussion illustrates why.

My freshmen had averaged a disappointing C+ on their first mid-term exam, and there were plenty of pained expressions as I returned their papers. But I brought forth sighs of relief by announcing that, given how low some grades were, it might be fair to “scale” their scores. A reprieve!

Then I revealed my proposed scaling formula—a tricky one surely used to good educational effect by other professors over the years. As grades were re-calculated, hands shot up and different students wore pained expressions. The problem was that my formula added points to the below-average scores by taking them from those who had done well.

“But…that means my score will go down,” said one of my more conscientious, front-row students. “That’s right,” I agreed, “but, hey, that’s a dose of social justice, isn’t it? As comrade Karl Marx said, ‘from each according to his abilities, to each according to his needs.’” The student frowned. That phrase had always seemed so appealing before.

Another front-row student weighed in: “Maybe some of us didn’t have the same opportunity to do well as some others did.” “Precisely. That’s why we might want to do this,” I agreed, recapping reasons why some students might have been diverted from adequate study, such as jobs or team practices. A few students looked away; perhaps they had other reasons.

“But can’t the scale be…you know, nicer?” a back-row student asked. Here I shrugged sympathetically and totaled up exactly how many test points the class had produced. “Unfortunately, that’s all I have to work with. I can’t wave a magic wand and create points out of thin air. Every point I give to one person has to come from someone else, right?” Since this was a class in macroeconomics, I lapsed into jargon. “This was your ‘Gross Domestic Product,’” I said, tabulating the class’s total output of points. “I can shift some around, but I can’t manufacture them—that was up to you.”

“Anyway,” I continued, “I may be a socialist now, but I’m a democratic socialist. Let’s put this scale to a vote.” At which point my millennials revealed their socialist inclinations were paper thin: only three percent voted for my proposed scale. Even those who would have been recipients of points voted against it. The overwhelming consensus was that, at least in this case, my redistributive policy was unfair.

Most gratifying, however, was that these millennials also recognized that my scale would be counter-productive in the long run. When I asked what would happen on their next test if I made this scale permanent policy, the response was immediate: “We wouldn’t have as much incentive to study hard, ‘cause you lose points if you score high, and you get points if you score low. And that’s not good.” Exactly. I pointed out that if their total output of points fell even modestly on the next test, the C+ average might turn to a C-…or worse.

Gratifying, too, is that surveys of millennial opinion outside my little classroom suggest that similar thinking prevails. The college years seem to be the high-water mark for socialist sentiment. As Lloyd George once said, “A young man who isn’t a socialist hasn’t got a heart; an old man who is a socialist hasn’t got a head.” More precisely, millennials’ views about income redistribution and the role of government tend to flip once they can readily identify the costs of such policies—and who will pay them.

My students knew how much—or how little—effort they and many of their classmates had put into preparation for this test. They may be used to thinking that “out there,” in a capitalist economy which they are regularly told is inherently evil and exploitative, there is zero correlation between performance and reward, or that if you are rich it is because you have made someone else poor.

Maybe the kids are all right after all.

But as millennials enter that “real world” and start to gather evidence about how it actually works, and as they move up the career ladder and start earning money, for example, their enthusiasm for Robin Hood-style government cools considerably. I would argue that this is not mere self-interest but demonstrates awareness and wisdom. It’s easy to hate rich one-percenters (and others) when you don’t know who they are or how they achieved their condition—especially when our leaders demonize them and delegitimize their accomplishments. It’s easy to assume that the supply of appropriable wealth is almost infinite and that it can be tapped without adverse effect.

When, however, millennials can see how hard it is to achieve success and can readily analyze the long-term consequences of punishing it, they quickly reach some wholesome and important conclusions. And often they act on those conclusions: on their next mid-term, my classes averaged a B. Maybe the kids are all right after all.

Of course, a classroom is not necessarily reflective of the “real world,” in which there is broad support for some amount of income and wealth redistribution. The hotly-debated question is how much. We must be both hard-headed and soft-hearted in weighing what economists call the “equity-efficiency trade-off.” Those of us in classrooms play a role in this debate – even if our teaching is not remotely related to Das Kapital or The Wealth of Nations. When we inflate grades, for example, we’re saying there’s a free lunch; we’re confirming a bias that redistribution is like magic, conjuring benefits without costs.

Debunking such myths—taking advantage of teachable moments to defend rigorous grading standards or to frankly discuss the crucial “how much redistribution” question—probably won’t make us more popular. But it will certainly make those in our charge more productive as students and wiser as citizens.