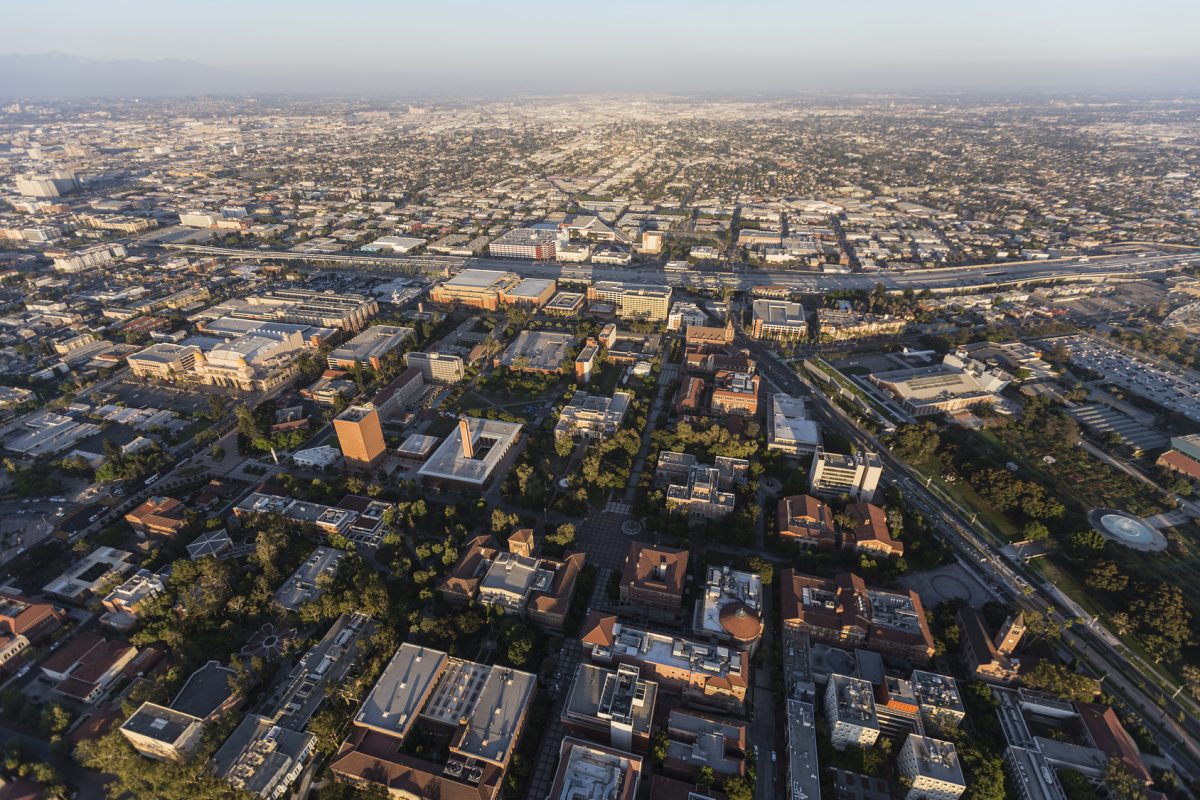 Look at any map of our recent presidential elections and a key fault-line in our fractured country becomes clear. Cities and their denser suburbs vote overwhelmingly Democratic and show up as blue islands.

It’s also true that many of our most influential universities are located on those islands and leftist sentiment is even more pronounced in them than in their host cities. One recent study found that in a sample of over 7,000 faculty at 40 universities, Democrats outnumber Republicans by a ratio of 11.5-to-1, and by an astounding 33.5-to-1 among historians.

As a few commentators have pointed out, progressive ideology hasn’t been very effective in addressing urban ills such as poverty, crime, and inequality. And as academe becomes ever more ideologically monolithic and intolerant, it’s worth asking whether solutions to such problems are likely to be found there—and, indeed, whether the academy bears some responsibility for exacerbating them.

Unfortunately, those are not the sorts of questions to which Rutgers University history professor Steven Diner devotes much attention in his Universities and Their Cities. That is a pity, for based on his lengthy career as an academic, administrator, and president of the Coalition of Urban and Metropolitan Universities, he might have had much to say about the impact on cities of the perspectives and policies often popularized in academe.

Instead, Diner serves up a bland, chronological summary of issues that will be of chief interest to students of the history of higher education administration. He devotes the first of his six chapters to a discussion of the 19th century “collegiate ideal” and academics’ anti-urban, anti-immigrant biases. His second chapter covers America’s urban growth from 1900 through the end of WWII, describing how colleges increasingly located where students were rather than where they were not, and various means of accommodating the needs of urban students.

But Diner’s narrative gets more interesting in the postwar era. He lauds urban institutions for leading “America’s democratization of higher education” by enrolling more working-class commuters, immigrants, ethnic minorities, and adults, and also engaging “increasingly in urban research and support of city governments.”  This might have been an “aha!” moment for him:  exactly when most major American cities were beginning a multi-decade descent in which they would lose population and wealth amid rising rates of crime and social decay, academics were climbing down from the ivory tower to help guide policymakers. Hmm.

In truth, many of the ideas that would prove harmful to urban vitality in the second half of the 20th century were born in academe during its first half, especially at L’Ecole de Beaux Arts at the University of Paris, where the City Beautiful movement originated. Its central premises—that land-use and design decisions could not be left to property owners and the chaos of markets, while large-scale projects and rational planning would inevitably promote efficiency and good citizenship in cities—were imported to America by L’Ecole students such as Henry Hobson Richardson and Louis Sullivan. They were founding members of a “Chicago School” of architecture and urban planning that would acquire great influence on policymaking in many American cities.

The essence of City Beautiful thinking was both utopian and high-handed. Beautiful surroundings would surely make better people, so doing whatever was necessary to impose planners’ aesthetic visions became a policy imperative. Slum clearance, the use of eminent domain to acquire the vast tracts needed to implement the movement’s “make no little plans” mantra, aggressive regulation, restrictive zoning, and redistributive programs all found an intellectual footing in the planners’ manifestos.

Many of the ideas that would prove harmful to urban vitality in the second half of the 20th century were born in academe during its first half.

To his credit, Diner notes that the implementation of some progressive visions—an urban renewal program that translated as “Negro removal,” billions spent on high-rise public housing that often became vertical slums, and more—often damaged cities greatly. But, like most academics, he puts the lion’s share of the blame for postwar urban decline on racism and a few misbegotten federal government programs commonly (and erroneously) assumed to be inspired by it. The visionary plans that sprung from the minds of professors at elite universities generally get a pass from Diner; academic hostility to conservative thinkers like Edward Banfield, author of The Unheavenly City, goes unexamined.

It is noteworthy that the intellectual counter-revolution that ultimately discredited much of the City Beautiful dogma was led by someone unspoiled by academic training in planning or architecture—and, indeed, who possessed no college degree at all. Jane Jacobs studied how cities actually worked rather than how they might be re-designed to conform to aesthetic and sociological theories; her 1961 classic, The Death and Life of Great American Cities, would prove transformative and enduring. Diner mentions her just once as “a popular writer,” academic code for “lightweight.”

Diner only briefly notes the complicity of many universities in renewal programs of the kind that Jacobs fought, and which adversely affected their low-income (often African-American) neighbors.

For example, the University of Chicago (among other institutions) lobbied aggressively for the Housing Act of 1959 because it gave them financial leverage: for every dollar a university spent to acquire land, demolish buildings, or relocate their occupants near a project, its host city could receive two to three dollars of federal money (that would, of course, be spent partially for the benefit of the affected institution). Hard to resist such a strong incentive to crank up the bulldozers and clear “blighted areas,” even if one by-product might be an occasional sit-in by a civil rights group.

Remarkably, however, Diner actually gives universities an “A” for effort on such issues, concluding:

Federal programs designed to address the deterioration of the central city enabled private institutions to begin the process, albeit controversial, of upgrading their neighborhoods. This growing engagement of universities in their urban communities further strengthened American higher education’s commitment to service as a core mission.

Perhaps the hipsters being criticized for gentrifying low-income neighborhoods should argue that they, too, are engaged in “service”—just without bulldozers and money from the U.S. Department of Housing and Urban Development.

In describing universities’ responses to cities’ deepening crises, from the mid-1960s through the 1980s, Diner seems determined to award points for good intentions while making few or no deductions for bad results. Any effort at “community involvement” or “public service” is lauded, no matter how ineffective or counter-productive it might ultimately turn out to be. He only grudgingly quotes a 1976 Ford Foundation report that acknowledged “strikingly little of the advice generated by academics had the intended effect.”

Diner also has little to say about why the “urban crisis” began to ebb in some cities—but not others—in about 1980 (and later in New York, following the election of a Republican mayor) except to claim that urban universities “played a role in this change” at the same time they “benefited enormously from it.” The argument seems to be—following Richard Florida’s theory—that a “creative class” is the key driver of urban economies, and universities are fountains of creativity.

That narrative is incomplete if not erroneous. The many stellar universities near Boston, New York, Oakland, and San Francisco were cranking out “creatives” while those cities shrank and became poorer from 1950-1980 as well as when they grew and prospered thereafter. And there are many fine schools in still-shrinking cities like Baltimore, Chicago, Cleveland, and Detroit. To explain the inter-temporal and cross-sectional evidence on urban viability, we need to look beyond what universities hope or claim they are doing and dispassionately evaluate the ideas and programs they are promoting. Had Diner chosen to do so, this book would have been far more interesting and useful.