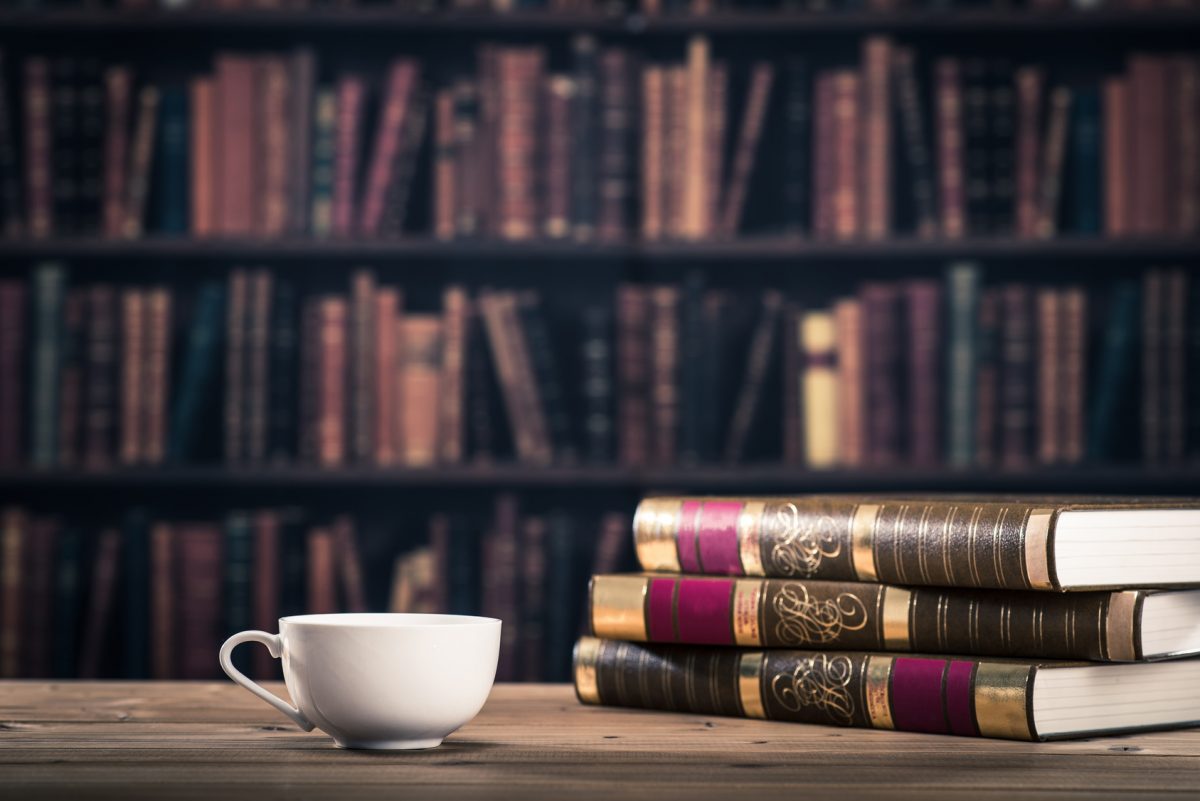 A major in English was once a serious endeavor masquerading as a frivolous one. Despite the occasional “do you want fries with that?” condescension from business or science students, the study of literature—immersion in its aesthetic, historical, and philosophical contexts—conserved for posterity a reservoir of truth and paid forward for humanity a legacy of beauty that inspired business to philanthropize the arts, and science to technologize our access to the great authors.

Today, a major in English is an increasingly frivolous endeavor masquerading as a serious one.

English departments no longer view our literary heritage as necessary for maintaining a shared set of cultural values. Moral truths and objective beauties are deconstructed away, and postmodern approaches to language and text stress instead political ideology, ethical relativism, and hostility to aesthetics, authorial intent, and the ability of language to convey meaning. As a result, students in English encounter fewer works of high literary achievement and more polemical texts—including graphic novels, comic books, and sociological screeds—as a way of resisting the “privileged” status of literature.

Predictably, the gutting of literary canons and values triggers the current exodus from the major. Students of literature are fewer and ever less prepared to understand complicated books. A shallow politicization of texts displaces study and engagement with the cultures out of which the literature arose. Students cannot, for instance, follow the logic or pathos of Hamlet’s words to Ophelia, but “know” that he oppresses her as a prince, a white man, and an unapologetic male. Perhaps they also recognize how empty such tangential virtue-signaling leaves them, and how disconnected from the play.

Here are three ways English programs can draw students back to the major, where they are desperately needed to reinforce for future generations the tottering pillars of truth, beauty, and genuine tolerance for cultural difference.

A return to the world’s best books is critical. For thousands of years, Western culture defined, evaluated, and accepted certain values and aesthetic experiences as canonical. These values had very little to do with politics, broadly understood, but expounded higher moral understandings and offered deeper insights into human nature. Racial, sexual, and economic biases were never the primary (or secondary or tertiary) criteria by which canon-building occurred.

This explains why Hebrew and Greek authors are canonized, despite radically different worldviews. Dante legitimized the “vulgar” tongues of Europe, despite the preference for medieval Latinism; Victorian imperialism opened the canon to many non-Western voices; and women, once permitted to study and write, were canonized in increasing numbers. The same is true now for minority voices within the larger tradition.

The Western canon always sought the best ideas expressed in the best ways. Literature programs evolved to preserve and expand the canon, not jettison it for the self-servingly political. Reading Homer, Dante, and Milton is not Eurocentric colonization, as some campus radicals insist, but an opportunity to encounter profound voices that coexist noisily and who represent more genuine cultural difference than can be found in the most divergent experiences of minority cultures in America today. To appreciate this diversity of ideas requires significant study and context.

English departments must reprioritize this time-tested canon, despite sniping from the smugly “woke” scolds who haunt today’s faculty lounges and the student mobs they incubate. If we withhold this heritage from future generations, then the study of literature will continue to drift along the currents of ideological appropriation until it merges with the rest of the hyper-politicized humanities to form a sort of social justice Pangaea, a bleakly uniform and sterile academic continent where ideology replaces actual thinking.

Focus on Ideas, Not Ideologies

The classics only matter if we give them fair hearing. Across English departments, postmodern reading strategies drown out or shout down original texts and voices, reducing them to strawmen and co-opting them to speak the language of progressivism.

Often marketed as “lenses”—tools to see books from different perspectives—these approaches are all forms of left-wing political activism and include Marxist, feminist, environmentalist, and “queer” readings. The most significant under-remarked aspect of our dysfunctional universities is: how did nakedly political and activist reading become the way we compel students to approach important books?

By labeling these approaches “lenses,” progressive educators betray their intentions. In the real world, lenses correct faulty seeing by augmenting vision—not by changing the text viewed—allowing the weak-eyed to see clearly. But teaching students to view literature through feminist lenses, for instance, distorts vision rather than correcting it, obscuring the original text to make it conform to or stand apart from feminist ideology. It’s as if in order to read, someone with perfect vision put on strong prescription lenses: the text is blurred beyond recognition, not brought into sharper focus.

That students reading Shakespeare—who struggle with poetry, have no concept of 16th-century culture, and are uncomfortable with Elizabethan English—must first consider The Merchant of Venice through postmodern “lenses” is not just absurd, it is educational malpractice. For many students, the default to progressive ideology is reflexive: they don’t even have to read books to offer up Marxist, feminist, or postcolonial interpretations. They understand the procrustean power of “lenses,” which distort texts from any time or place and make them about our ideological preoccupations. They understand too that such readings strip literature of inherent value, reducing it to a faded palimpsest over which we inscribe our politics.

Students are fleeing English because they were drawn to stories and sought them in literature, but are getting instead only a repetitive loop of sociology and progressive politics, whether reading about Homer’s Odyssey or Joyce’s Ulysses.

In English courses, the first thing I ask is, why literature? Do students study literary texts primarily to encounter modern ideologies? The answer is always no.

Rather than permit direct engagement with literary masterpieces, student inquiry is mediated and framed by a restrictive set of ideological assumptions that close off dialogue.

In the ensuing discussion, students identify love of story, character, and a deeper understanding of human nature as primary factors. When asked why they accept so meekly the politicization of coursework and the co-opting of the classroom, they become cautious. They feel pressure to conform to campus politics and unable to resist the push for “lenses.”

Many will not risk ostracism from the small group of vocal peers who reap praise from faculty for pushing social justice activism in their classrooms. The honest ones also concede it is rather easy to get good grades when adopting the professor’s worldview—and rather precarious not to—whether they have read the books or not. They complain that almost every course is, in the end, the same course, a formulaic imposition of race, class, and gender theory that ignores the concerns of the books and reads against the cultural values of the authors who wrote them.

The most frustrating aspect of this social justice approach to literature is the unwillingness to allow students to discover values for themselves. Rather than permit direct engagement with literary masterpieces, student inquiry is mediated and framed by a restrictive set of ideological assumptions that close off dialogue in favor of dialectic, in ways that are unjust and antisocial. Before the first page is read, political parameters and sociological boundaries are imposed, ensuring that students find in great books only mirrors reflecting ourselves. This is indoctrination.

In An Experiment in Criticism, C. S. Lewis argued that literature allows us to “see with other eyes, to imagine with other imaginations, to feel with other hearts, as well as with our own.” Great literature—its truth and beauty—is the antidote to postmodern solipsism. Literature is a window, not a mirror, opening limitless intellectual, moral, and aesthetic vistas for those willing to look. Student values should not devolve from their own politics or the politics of professors. Instead, politics should evolve out of the serious and reflective pursuit of truth, beauty, and morality.

Literature is uniquely capable of providing these experiences in incredibly meaningful ways and from remarkably diverse voices. The future of literary studies depends on such exchanges, as Lewis well knew: “But in reading great literature I become a thousand men and yet remain myself. Like the night sky in the Greek poem, I see with a myriad eyes, but it is still I who see. Here, as in worship, in love, in moral action, and in knowing, I transcend myself; and am never more myself than when I do.”