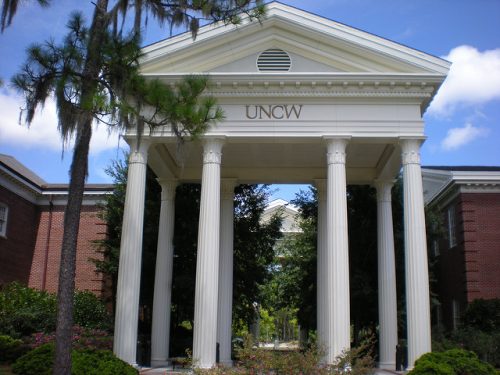 In my 45 years of teaching I have never filed an academic complaint against another faculty member—nor has one ever been filed against me. I have long believed that this demonstrates the overwhelming integrity of the teaching profession.

But in 2012, as a professor and former chair in film studies at the University of North Carolina in Wilmington, I became involved in a bitter controversy. It was the consequence of a process alternately so Byzantine, so nonchalant, so ineffective—meaningless, even—that my faith in the academy has been shaken.

It began innocently enough in May 2012. A junior faculty member from another department asked for my help. Chad and Carey Hayes, two top-notch screenwriters known for films such as The Conjuring, were interested in turning a chapter of her book into a screenplay. She wrote to me that she was “out of her league.” Though I was busy with other projects, I told her I would help. It is not uncommon for a senior faculty member to help a more junior one. Our correspondence increased because of her questions, and she asked that we develop a “transparency agreement.” We put in writing that neither of us would contact the Hayes brothers without the other’s prior knowledge or consent.

The Hayes brothers wanted to film in Wilmington, and so I introduced my colleague to leaders in the local film industry and administrators at UNCW. She did not know any of these people, but I felt it was politically important to have as many people on board as possible to ensure the screenplay’s success. All were enthusiastic about the Hayes brothers and a Wilmington tie-in. I continued my mentoring, recommending film texts to her and responding to her frequent questions.

At a meeting I had set up with the provost, we learned of an “artist-in-residence” program at the university. Such a program would give the Hayes brothers a paid residency on campus to work with faculty and students. We were also told that UNCW’s University Innovation Council had money and might want to invest in such a project. We had to hurry; their next meeting was coming up.

I began writing the proposal immediately. My colleague gave input on the drafts, but I provided the bulk of the information and documentation. Between July 9 and 12, we exchanged 14 emails and seven iterations of the proposal. I was working most of the night on the 12th draft when my colleague informed me, via email on July 13, that she “was going into business with the Hayes brothers!” It was a violation of our transparency agreement. Unknown to the Hayes brothers, she was also pursuing a business partnership with me.

I was shocked and told her I did not want the proposal to go forward in any “shape, manner or form.” But not long afterward, UNCW’s General Counsel informed me that she had taken my name off the proposal’s cover sheet, claimed to have excised any of my input, and was about to resubmit the proposal under her name. General Counsel told her to provide me with a copy immediately.

Violations of UNCW’s ethics policies were evident. I wrote the committee, explaining that I had partnered on the proposal and asked that they delay before making a decision. The violations included intellectual dishonesty, failure to report information accurately and thoroughly, and failure to abide by the highest standards of integrity. The committee agreed to table the matter.

This was serious. According to UNCW’s ethics policy, “any member of the university community found in violation of this [ethics policy] shall be subject to disciplinary action…including a reprimand, suspension without pay, and dismissal for employees depending on the nature and severity of the violation.”

To address these types of problems, UNCW has a Faculty Professional Relations Committee (FPRC), which handles disputes between faculty. As I was gathering evidence for my case, my colleague filed a grievance against me. She claimed I had libeled her. However, my complaint included documented proof of her ethics violations.

The faculty at large elects members to the FPRC. No particular training or experience in legal matters is required—nor did I find that members seek such advice when appropriate. There is nothing in writing about the actual process. We learned details just before the hearing began. Changes would still take place after the process started. An example: General Counsel told me I would be able to question others, including my colleague. After the process began, I learned this was not allowed.

The FRPC proceeded as if the concept of due process were as yet undiscovered. I was surprised and upset that I could not face my accuser—a fundamental American right. I was also not allowed to have an attorney present, which seems routine. Questions were given out beforehand and answers, including mine, were rehearsed.

I offered to pay for a camera or recorder so testimony could be taped. My request was refused. I learned that no transcripts of hearings are ever kept. This lack of a transcript is no small matter. Should a legal case arise from a hearing, which it did, a transcript would be extremely important.

There is no way of knowing how many UNC faculty may have been involved in academic wrongdoing.

After the hearing concluded, the FPRC informed us both in writing that it had judged my colleague to be “untruthful,” to having failed “to report information accurately and completely,” and that she did not abide by “the highest standards of integrity.” These were euphemisms designed to soften the blow; mute the alarm. The ruling meant she lied to an autonomous faculty committee. The “failure to abide by the highest standards” was a euphemism for having, among other wrongdoing, committed plagiarism. It is the death knell for any professor. For my part, I was charged with failing to go through the proper chain of command. I had not reported my complaint to the dean first.

In the 300 emails and 12 written proposals, there were numerous instances where she lied. One indisputable example of plagiarism: she listed the experts she consulted in “her” proposal, but my name was not among them. This is blatant. My charge of failing to go through the proper chain of command would be true if the University Innovation Council were a pure faculty committee. But it was not. The UIC is composed of professors and administrators. Moreover, time was of the essence; “her” proposal was being submitted soon. Something that I also worked in my favor: the provost, UNCW’s highest-ranking academic officer, co-chaired the UIC.

The charges against each of us were treated as equally severe; the punishment invoked strangely feeble. Each of us was asked to write letters of apology to those who may have been harmed in the dispute. Nothing was to be done about the lying and plagiarism. But then came the knockout punch. The dean informed me there was “no mechanism” for even carrying out the punishment, such as it was.

I did not think it could get any worse, but it did. The FPRC declared the findings confidential and ordered all evidence destroyed. Nothing was to be put in our personnel files either. This meant that a faculty member who violated ethics policies could conceivably rise in the ranks as department chair or university administrator. Nobody would know the faculty member’s past. It is also possible that such a faculty member could violate ethics policies more than once. Because of these conditions, there is no way of knowing how many UNC faculty may have been involved in academic wrongdoing.

In my colleague’s grievance, I was also accused of being professionally inappropriate. The FPRC declined to look into this serious allegation, and it remains without an investigation or a finding. UNCW insists such charges be reported immediately to Human Resources. HR informed me in writing that no such claim was ever made. I was also accused of posing a physical threat to my colleague. She told her supporters that campus police had been alerted, and extra security would be added for events she would attend. But the UNCW chief of police informed me in writing that there had been no such complaint, nor was extra such security ever added. My colleague filed a civil suit against me but dropped it one day before “discovery.” That’s when questions are answered under oath.

Over the course of the next several years, I attempted to resolve this matter within the UNC system. I sent certified letters to the UNC president, key representatives on its Board of Trustees, and each member of the UNCW Board of Trustees. After waiting for extended periods and following up, I did not receive a response from anyone. The faculty senate president and chancellor claimed there was nothing wrong with the current grievance process.  The president would not permit me to speak to the Faculty Senate, even though I had once been its vice president.

My colleague in this dispute has not had similar problems. On the contrary: she received “exemplary” status in her post-tenure review, the best evaluation a professor can receive. She also became chair of her department. The “consulting” gig on The Conjuring of which she boasts? She is not listed in the credits to the film. The Hayes brothers? They know nothing about this. The last I heard from Chad Hayes was that I had cost him and his brother “thousands of dollars.”

I am both grateful and humbled to have received every scholarly and teaching award given by UNCW and the UNC system. These include the Award for Faculty Scholarship, the J. Marshall Crews Distinguished Faculty Award, the Distinguished Teaching Professorship Award, the Chancellor’s Teaching Excellence Award, and the UNC Board of Governors Award for Teaching Excellence. I have returned all these in protest; UNCW and the UNC system have violated my rights as a faculty member and citizen.

I am confident that when my colleagues and students at UNCW hear about this, they could very well feel betrayed, even outraged. They are stand-up people. Administrators, too—including two distinguished chancellors with whom I worked. They may be disappointed in an institution to which they dedicated their professional lives.

UNCW ethics policy states that it “is committed to maintaining the highest professional standards…and ensuring a level of accountability appropriate for a public institution.” The public, more so today than ever before, needs to be able to trust what academia does and says. That begins with holding faculty accountable to “the highest standards of integrity.”