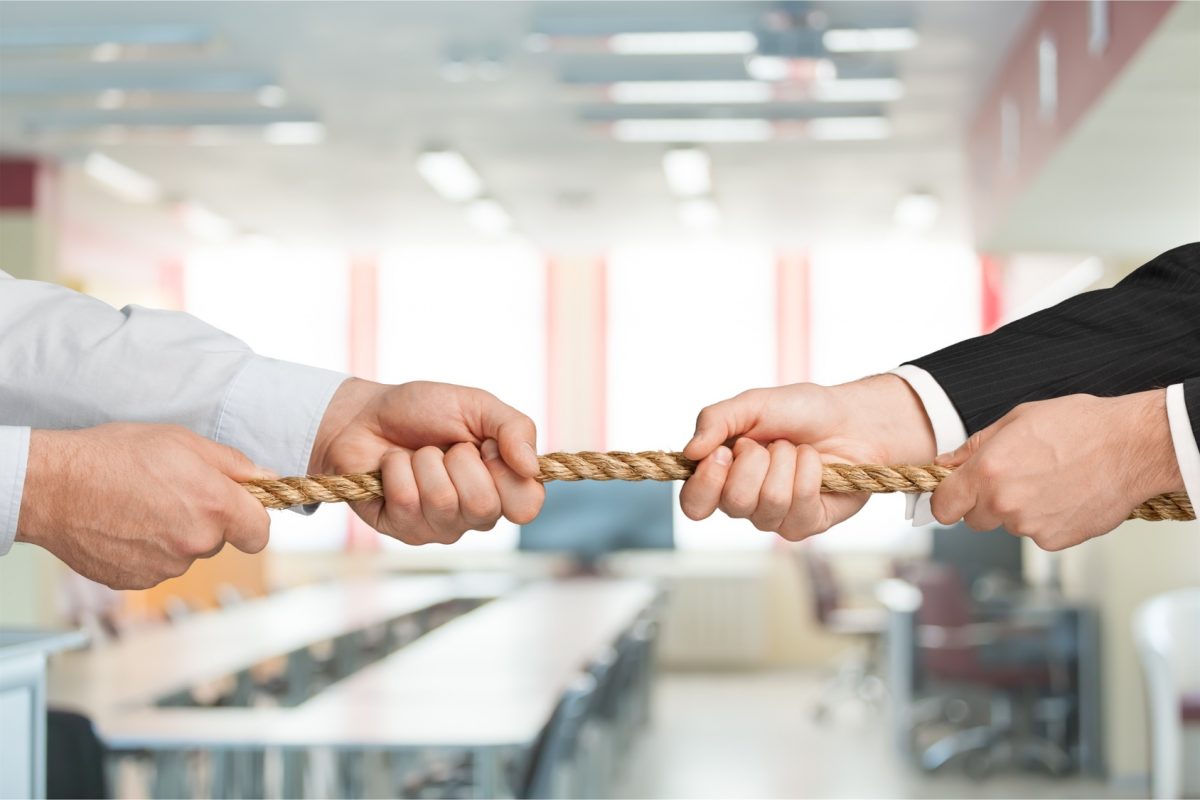 Once upon a time, there was a happy, sleepy university system in which nobody quarreled. The Board of Governors rubberstamped whatever the President wanted, the legislature gladly handed over whatever sums the President asked for, and the State Governor smiled on from above.

But that period of comity in the governance of the University of North Carolina system is no more. In the past few months, there have been enough accusations, enough backstabbing, enough confusion, and enough drama to be worthy of a Shakespearean plot.

Remarkably, while such turmoil may appear to be a bad turn of events, it may be all for the good. Passionate debate often produces better results than somnambulistic unanimity, and the university system has been asleep for too long.

Signs that the system’s placid existence was coming to an end started in 2015, with the forced resignation of former system president Thomas Ross and the closing of the UNC law school’s Center on Poverty, Work, and Community. The friction intensified in 2017 with the closure of UNC’s Center for Civil Rights last summer, which revealed a deep ideological rift among various university officials and board members.

Yet it may be best to begin the tale with a recent op-ed in the Charlotte Observer by Chairman Lou Bissette that was titled, “UNC Board of Governors chair: We need to stay out of politics.” He implied that certain unnamed board members have unnecessarily interfered with and introduced politics into university affairs. Bissette told his fellow governors, “we must remember that the job is not about us—our views, our ideologies, or our individual interests.”

Before passively accepting such noble-sounding sentiments, we must pause to consider how the board is introducing politics into university affairs and even what “politics” means. (Or even whether they are the ones doing so.) After all, the word often carries negative associations of those who are willing to do anything in order to “score” political points—regardless of how it might affect others.

But a closer look at the board’s actual actions does not indicate that they are acting from self-serving motives. Rather, it appears that they are attempting to practice “politics” in the way Aristotle defined it: the highest of the sciences that “legislates what must be done and what avoided.” In taking a more assertive role, as it has been doing lately, the board is ensuring that the university operates as it should. Board members who weigh in on questions of student safety or the purpose of a university are addressing the fundamental questions of university governance. If board members are participating in “politics” in that sense, then, yes, they are performing their duties properly.

It is unsurprising that the newly active board is ruffling feathers throughout the system. According to board member Marty Kotis, some governors’ desire to participate more fully in university governance is a large step away from the board’s historic tendency to “rubberstamp” everything that is placed before it.

The board’s new assertiveness naturally upsets individuals who are accustomed to unilateral control, or who may have differing philosophical views as to the purpose and proper function of a university as the oppositional board members. Consequently, university officials—in particular, system president Margaret Spellings and Bissette—have repeatedly bypassed board members’ authority in important university matters.

The day before the protest was to take place, Spellings, Bissette, UNC-Chapel Hill Chancellor Carol Folt, and UNC-Chapel Hill Board of Trustees Chairman Haywood Cochrane acted without consulting the board. In a joint letter, they expressed their public safety concerns to Governor Roy Cooper and asked him to intervene. The letter stated that “we wish to notify you that there is a strong likelihood that the University will require substantial law enforcement and emergency services support from your office.”

Those officials did not just write to Cooper to ask for additional security, however. They said that the statue might be “damaged” if left in its place, and indirectly suggested that it be promptly removed. They explained that their hands were tied due to a state law that prohibits the removal of historical monuments. Under the law, the statue may only be removed if a “building inspector or similar official” deems that the statue “poses a threat to public safety”, or if the North Carolina Historical Commission gives permission for it to be removed. The letter continued:

Our assessment is that there are real safety and security risks associated with either taking the statue down or leaving it up…we urge you to consider convening the North Carolina Historical Commission to take up this matter and to consider what steps should be taken, consistent with the law.

Once the letter came to light, many board members objected. For one, they are the ultimate authority of the university system and felt that they should have been consulted before the letter was sent. They also were unhappy with the contents of the letter, which implied that removing the statue was the best solution without considering other alternatives.

If the growing animosity between board and administration wasn’t already bad enough, Cooper threw another log on the fire rather than proposing a sensible solution. Instead of taking up the issue with the Historical Commission as requested, he responded by saying it was within UNC’s authority to immediately remove the statue—if it was believed that the statue’s presence posed an imminent danger to public safety. The governor’s response likely did not please UNC officials, as his “permission” to remove the statue was not, in their view, “consistent with the law”—and it placed responsibility for the Silent Sam issue back in their ball court.

Additionally, Cooper’s sidestepping the removal issue made UNC look bad to the already-inflamed protesters because the university officials “chose” to keep the statue despite having Cooper’s permission to remove it. (Actually, they chose to follow the statute regarding removal as it was written.) Even worse, UNC was not the first recipient of Cooper’s response letter: the governor’s office sent the letter to the Raleigh News and Observer where it was published online about half an hour before it appeared in any UNC official’s inbox.

Cooper’s actions appear to stem from either political blindness or calculated political opportunism. In a conversation with the Martin Center, Marty Kotis said that the governor’s actions could have dramatically worsened an already possibly volatile situation. “He could have incited a riot… my concern is that he was putting politics way before student safety,” Kotis said. If Cooper were truly attempting to defuse any possibility of violence, he would not have given his letter to the press the day before a staged protest was to take place.

Furthermore, it is difficult to believe that Cooper really thought the legal advice he offered to UNC was sound. The law clearly indicates that the statue may be removed for reasons of “public safety” only if it is structurally unsafe—not whether violence breaks out as a consequence of its presence. It seems rather implausible that the governor is unable to make those basic distinctions.

Either way, Cooper’s actions reflect a lack of good judgment and, as Kotis suggests, it appears that he’s willing to endanger student safety for the sake of scoring political points by putting the Republican Spellings in a bind.

Shortly after those events, 15 board members signed a letter addressed to Spellings and Bissette that expressed their disapproval of being kept in the dark over this and other university matters:

Witness the front page headlines in Durham and Raleigh today as evidence of how your strategy to ameliorate this situation backfired. All of which could have been avoided if you had sought our advice and counsel first—as we believe it is your duty to do.

In her defense, Spellings said that since events surrounding the statue were “happening in real-time,” there was not enough time to convene the full board in a public meeting. And she did consult with committee chairs; however, the committee members do not always reflect the opinions of the wider board membership. Given the board’s subsequent objections to the opinions expressed in the letter to the governor, it would appear that Spellings sought to bypass the board in order to act unilaterally.

And so that is how UNC’s Board of Governors introduced politics into the system’s governance—by demanding that they be included in decisions over which they should have the ultimate authority. But the tale is not over. Now that they have awoken to the reality that they must lead if the university system is to right itself, the growing conservative majority on the board likely will face increased pushback the more they introduce new points of view into university governance.

And they likely will continue to be labeled as political opportunists. But then, sometimes politics, in an Aristotelian sense, are needed as the antidote to the sort of politics displayed by Governor Cooper and the UNC leadership.