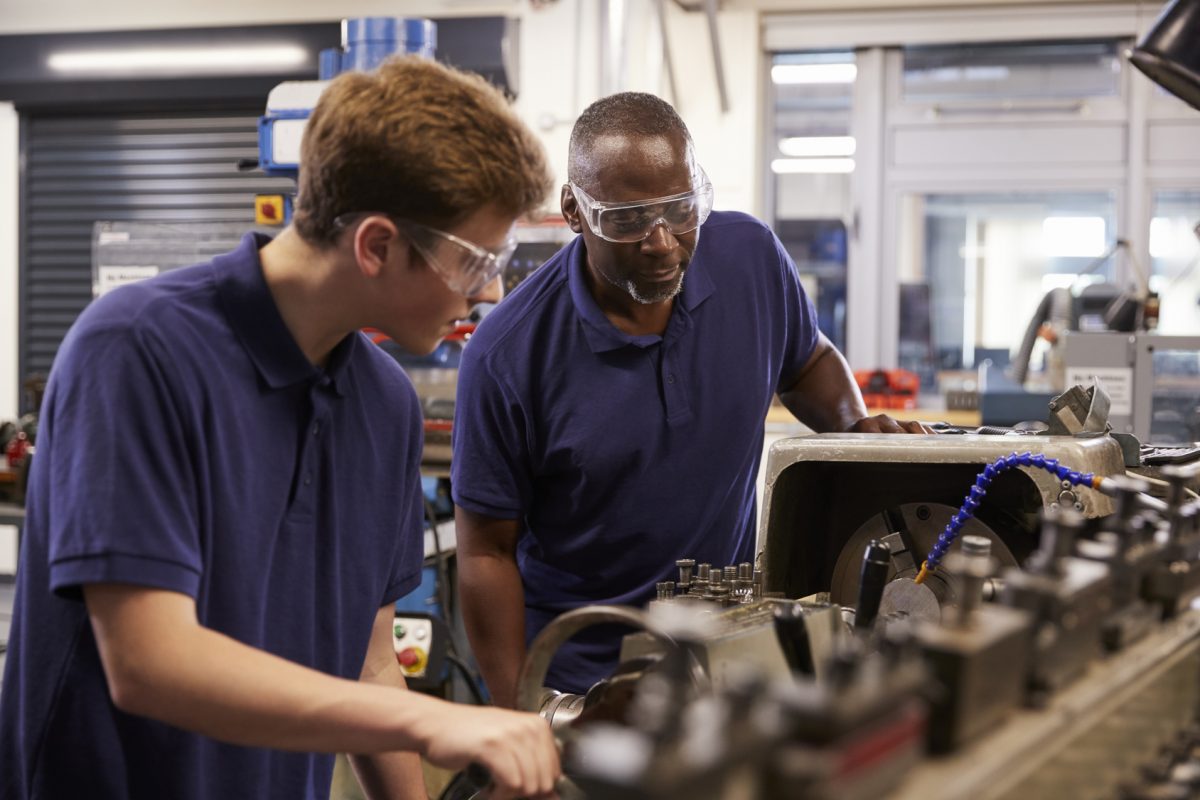 Within the fractious realm of higher education policy, one of the few ideas to gain bipartisan support is the expansion of technical training for young workers, largely through apprenticeships. Both the political left and right favor apprenticeships as a way to educate and train America’s youth for future success while also meeting the demands of the economy.

However, despite the many advantages offered by apprenticeships, there has been no great rush by young people into such programs. Instead, for many young people, a college degree remains their primary goal upon graduating from high school, even though it is costly and no longer guarantees a middle-class income. Among the reasons are a lack of awareness and a degree of social stigma sometimes attached to those who don’t pursue an academic degree. College-educated parents are particularly suspicious of the long-term benefits of apprenticeships: though they may support apprenticeships in principle, they tend to like it when other people’s children become apprentices, rather than their own.

Still, for many young people, apprenticeships should be especially attractive because they offer an immediate paycheck for work and also teach skills in both hands-on and classroom settings. The average apprenticeship period tends to be about four years, according to Department of Labor statistics, and workers usually become full employees upon program completion.

In contrast, the traditional college route not only requires considerable payment for tuition and fees, but postpones full-time income for at least four years. Furthermore, graduates must find employment on their own after they finish school and may be deeply in debt from student loans.

Part of an academic degree’s popularity comes from teachers and parents preferring that students obtain a college degree after high school graduation. “Education has done a very good job of selling education,” said Dudley Light, the regional director in Texas for the Department of Labor’s Office of Apprenticeship, in a Martin Center interview. Even students with poor academic skills can succumb to the social pressure; after listening to their teachers, parents, guidance counselors, and peers throughout junior high and high school pushing college, not pursuing a college degree can feel like failure.

With so much attention focused on four-year college degrees, high school students aren’t aware of all their options after graduation, and the apprenticeship system is left to be spread via word of mouth.

“Young folks don’t understand the concept of apprenticeship. That word doesn’t mean anything to them because they didn’t grow up with it,” said Brenda Dant, the executive director of the Indiana Association of Plumbing, Heating, and Cooling Contractors, in a Martin Center interview. The IAPHCC, a trade group, tries to correct that ignorance by sending members into schools to speak with students. In talking about their work, representatives tie “apprenticeship” to words that hold resonance with students, words like “internship” or “mentorship.” The hope is that local outreach will find workers to replace retiring baby boomers and expand the apprenticeship system.

The United States already has an extensive apprenticeship system in place, even though it pales in comparison with the systems of its European counterparts. The Atlantic noted that “Today in America, fewer than 5 percent of young people train as apprentices, the overwhelming majority in the construction trades. In Germany, the number is closer to 60 percent—in fields as diverse as advanced manufacturing, IT, banking, and hospitality.”

“Growing the apprenticeship system today in the United States, even at a modest level, could be transformative,” said Brent Parton, deputy director of the center on education and skills at the New America Foundation, in a Martin Center interview. “It’s really an underutilized way of learning, something that’s really been something of a best-kept secret in a handful of industries.”

Apprentices don’t just spend four years on construction sites under the sun; they are also learning in college-style classes without taking out federal student loans.

Expanding apprenticeship programs will be difficult when it attracts few young people relative to college, and few young people are even aware of it. Scaling the program will be difficult without more funding to educate employers on the benefits of apprenticeships and how to establish their own programs; however, the federal government has been responsive to this problem. Both the Obama and Trump administrations have appropriated money for apprenticeships: Obama sent about $250 million toward apprenticeship program expansion and Trump is calling for a further $200 million investment (though the details of that plan have not been fully explained).

“Universities and colleges are beginning to understand the value of the training that’s being conducted in the apprenticeship program,” Light said. Over 300 colleges have partnered with employers in the Registered Apprenticeship-College Consortium, a national organization that translates apprenticeship work into college credentials, which can help workers earn associate’s or bachelor’s degrees.

Still, there are other reasons why there has not been a more rapid expansion of the apprenticeship concept. One of them is economic reality. The modern economy, where workers have more mobility and an easier time of finding another job, makes employers wary of investing in worker training.

Economic cycles cause other problems. Apprenticeship tends to expand with a boom and contract with a bust. Because apprenticeships train workers more narrowly than a college degree, this specialized knowledge is less flexible and can make transitioning into another job difficult. When another economic recession hits, or technological change makes some jobs obsolete, current and former apprentices could feel the pain of economic transition the most.

Another dynamic is that apprentices tend to be older than the traditional college student; their average age is 28 years old. At that point, apprentices have passed beyond concerns about the social stigma of enrolling in a program.

With more apprentices ignoring the possible stigma, that could result in workers finding jobs that match their skills and a reduction in student debt—for students and for the taxpayers who subsidize the loans. However, it’s important to treat apprenticeships as one option of many for education and economic training with its own costs and benefits—much like a college degree.