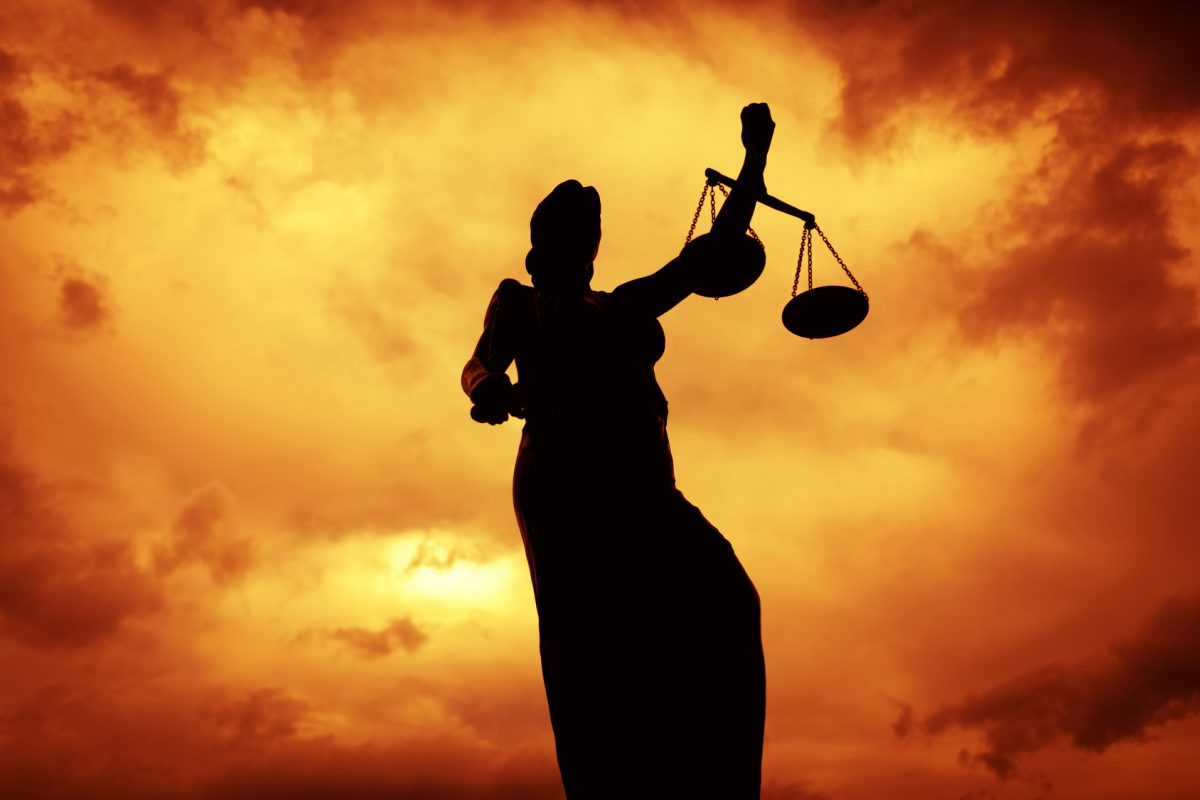 When it comes to defending themselves against accusations, college students are fighting an uphill battle. Today, students accused of misconduct are often subjected to long and invasive investigation processes without the right to legal representation, to question witnesses, or to be presumed innocent until proven guilty—all basic due process procedures to which every student should be entitled.

These abuses of due process have been fostered by the Title IX adjudication policies that came out of the Obama administration via the 2011 “Dear Colleague” letter. The letter provided rigid and authoritative “guidelines” that required colleges to employ a “preponderance of the evidence” standard when judging cases of sexual misconduct.

That standard meant students could be penalized, suspended, or expelled if it “is more likely than not that sexual harassment or violence occurred”—a far cry from the traditional “clear and convincing” or “beyond a reasonable doubt” standards employed in courts of law. Consequently, in order to appear compliant with the new guidelines, college and university officials were incentivized to implement shoddy investigation processes in order to find the accused guilty.

Fortunately, protecting due process may become easier since Betsy DeVos’ announcement that the Education Department will rescind the 2011 Dear Colleague letter. And on Friday, September 22, the Department of Education released interim guidance that allows colleges to use the “clear and convincing evidence” standard. This eliminates many of the perverse incentives universities had to find accused students guilty.

Still, even with the Education Department ending the requirements, universities may keep their Obama-era policies (some universities have explicitly confirmed their intention to do so).

That is unfortunate, since the current situation is egregious. To shed light on the lack of due process on college campuses, the Foundation for Individual Rights in Education (FIRE) released a report, entitled Spotlight on Due Process, analyzing the disciplinary policies of the top 53 universities in the country. The results were dismal.

In its evaluation, FIRE defined “ten fundamental elements of due process,” and graded each university according to how it met those standards. Among the criteria were the right to cross-examine witnesses and the right to be considered innocent until proven guilty.

North Carolina’s 2013 Students and Administration Equality (SAE) Act protects public university students’ right to legal counsel and requires universities to report the number and type of investigations it conducts. Yet Duke and Wake Forest, as private universities, are not subject to its protections. Even UNC-Chapel Hill is exempt from this law in non-sexual misconduct cases, because of its use of student courts. (It is the only one of the state’s public institutions that is exempt.) Consequently, students at Duke and Wake Forest (and, in some cases, at Chapel Hill) have no right to consult a lawyer if accused of an offense that could negatively impact their futures.

Moreover, Duke students recently received another blow to their due process rights. According to a new provision in the student conduct handbook, students who have already been exonerated of any wrongdoing can still be subjected to ongoing accusations and investigations. An article in The Herald Sun, the main Durham, NC newspaper, explains:

On its face, the wording sets up the theoretical possibility [that] a student could be accused of misconduct, be found responsible, appeal, win on appeal and then face a never-ending string of new hearings, new findings, and new appeals.

Many have argued that this sort of policy subjects students to an unfair “double jeopardy,” the absence of which has long been a cornerstone of our legal system.

Students at UNC-Chapel Hill don’t have to suffer such incessant scrutiny, yet there is plenty wrong with its adjudication policies. FIRE’s report notes that a UNC student accused of sexual misconduct is not considered innocent until proven guilty; is given little to no time to prepare for hearings; does not receive written notice of allegations; has no right to see or present all relevant evidence; and can be expelled without a unanimous vote from the disciplinary panel.

And even though not all North Carolina universities are included in FIRE’s report, individual cases suggest that other institutions have similarly unfair procedures. For example, in 2014, a student accused of sexual assault at Appalachian State University filed a lawsuit against the school and three of its administrators for denying him his due process rights.

That Appalachian student, Lanston Tanyi, claimed that the university only permitted him to have a graduate student as an advisor—while his accuser had formal legal representation. Tanyi’s grievances included the way that the university did not provide him with sufficient notice of the allegations against him and that he was not allowed to present witnesses to help prove his innocence. This and other cases illustrate the deficiencies in North Carolina universities’ adjudication policies.

Such incidents have become almost commonplace since the Dear Colleague letter was issued. At times, it almost seems as if the letter has permitted radical gender activists to unleash a sexual “Reign of Terror” on American campuses. For example, an entire fraternity at the University of Virginia was suspended after a 9,000-word Rolling Stone article falsely accused them of gang-raping a woman; the article has since been retracted, the journalist lost her position, and Rolling Stone has had to pay millions for lawsuits.

Furthermore, it has created an entire profession of sexual harassment administrators and activists. Andrea Pino, a UNC-Chapel Hill graduate who claims she was raped twice while in college, has made a career out of the “anti-rape” movement. Pino is co-author of the book We Believe You: Survivors of Campus Sexual Assault Speak Out—though some question the legitimacy of her story.

And many administrators were not forced to implement the Dear Colleague letter policies against their wills, as the sentiments expressed in the letter mirror their philosophies.

For instance, the president of Davidson College, Carol Quillen, openly rationalizes the abuse of due process. She suggests in the Charlotte Observer that unconditionally believing alleged victims and protecting the due process rights of the accused are of equal importance:

When a woman tells you she’s been assaulted, believe her. … Nothing about due process says to a rape survivor, ‘I believe you’. … How can we assure each survivor that we believe her while also insisting on an impartial investigative process?

Quillen overlooks the fact that there is an important difference between showing compassion to an alleged victim and unconditionally accepting an accuser’s claims. And she is hardly alone in academia. It is unfortunate that those who hold such influential positions in academia suggest that respecting one student’s rights may be in tension with showing empathy to another.

Despite the radical academic climate that rejects reasonable due process protections, there are steps that can be taken to prevent violations from happening in the future.

First, alumni, trustees, student groups, and legislators should pressure administrators to consult FIRE’s report in order to see where improvement is needed and then make policy changes accordingly.

Second, students can help protect civil liberties at their schools by participating in FIRE’s student network. As members of the network, students will have resources to educate themselves in current threats to their due process rights, and will be provided with the opportunity to advocate for those rights at their universities.

In North Carolina, it may be appropriate for the General Assembly to revisit House Bill 777, which was introduced last session. If passed, the bill would permit the cross-examination of witnesses and would require using the “clear and convincing” standard, rather than “preponderance of evidence” standard, when determining whether a student is culpable of sexual assault.

A willingness to compromise the fundamental rights of students should not be condoned. Now that Secretary DeVos has removed the worst mandates of the Dear Colleague letter, and now that FIRE has shed light on the extent of procedural abuses, state and university officials have the responsibility to rectify injurious policies and provide all students with “basic procedural protections.”

(Editor’s note: The Martin Center’s second annual policy banquet on October 11 will feature Robert Shibley of FIRE speaking on the topic of due process. You can learn more and purchase tickets here.)