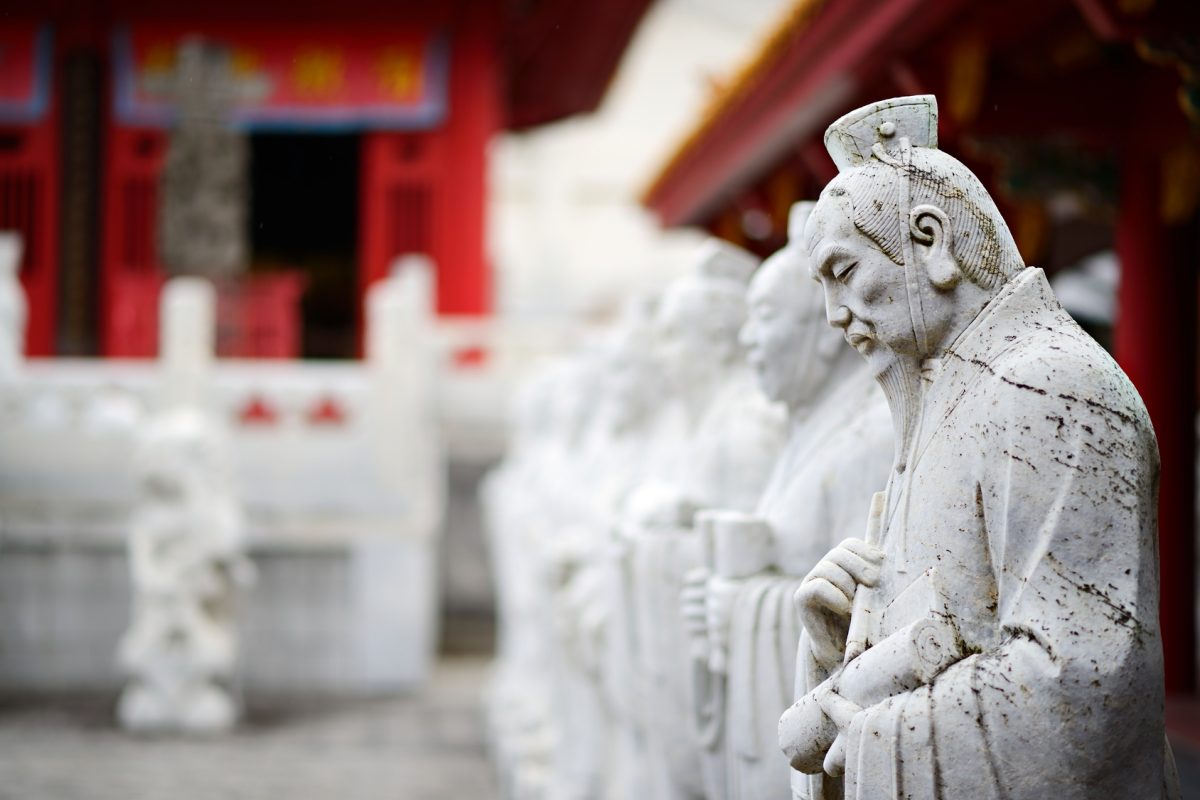 Academic freedom has long been a guiding principle for American colleges and universities: Neither faculty nor students should be told what to say or punished for saying whatever they think. That principle has been under attack in recent years as militants try to drive out those who dissent from their beliefs, but for the most part, academic freedom still reigns.

Conversely, academic freedom is an alien concept in China, where the tradition of state control over most aspects of life means that universities must conform to the official ideology. This recent Financial Times article makes that clear. Writer Emily Feng states, “China’s anti-corruption watchdog has accused 14 top universities of ideological infractions… as the ruling Communist party broadens its political control over educational institutions.”

What “anti-corruption” means is that the government wants to stamp out independent thinking. Feng notes that this crackdown is meant to ensure that the universities “toe the ideological line.”

Further demonstrating the Chinese government’s hostility to free expression of ideas was its recent pressuring of Cambridge University Press to block access in China to many articles published in its journal The China Quarterly. As Elizabeth Redden wrote in this Inside Higher Ed story, the censored articles “touch on sensitive issues in China such as the massacre at Tiananmen Square, the democracy movement, the Cultural Revolution, the restive Xinjang region, Hong Kong, Taiwan, and Tibet.”

The Chinese government is focused on control and therefore wants to prevent the spread of criticism and dissent. No doubt its demand for rigid adherence to the party line has much to do with the often-heard observation that Chinese graduates don’t exhibit much creative thinking. But why should Americans care about the way the Chinese government deals with dissent?

The answer is that some American universities have established ties with China through what are called Confucius Institutes (CI). Beginning in 2005, the Chinese government has established more than one hundred of these programs at American colleges and universities, and hundreds more in primary and secondary schools. They offer courses on Chinese language and culture, funded by an agency of the Chinese government’s Ministry of Education called the Hanban.

Of course, there is nothing objectionable about the study of Chinese language and culture. Nor is there necessarily any reason to worry that the government is funding these programs. The problem is that, as with other aspects of education, the government can’t resist the temptation to exert its authority.

Here’s one illustration. As reported in this Washington Post story, the Confucius Institute at North Carolina State evidently was responsible for the university’s decision to cancel an appearance by the Dalai Lama. Moreover, the director of the Institute, Sonia Zhao, states that she is forbidden to join any illegal (to the Chinese government, anyway) organization such as Falun Gong, and was “trained in Beijing to dodge sensitive topics in class.”

The academic integrity of a school is undermined when the Chinese government can indirectly pressure it to disinvite a speaker it doesn’t want the students to hear, and to insist on the employment of instructors who are “trained to dodge sensitive topics.” Students who learn about Chinese culture should get the “warts and all” portrait. Confucius Institutes don’t want anything of the sort.

The problems with Confucius Institutes led the National Association of Scholars to undertake a thorough research project, which culminated with the publication this spring of a report entitled Outsourced to China: Confucius Institutes and Soft Power in American Higher Education.

First, intellectual freedom. Confucius Institutes must adhere to Chinese law, including speech codes. Chinese nationals who are hired to teach in them are accountable to the government and must (as noted above) avoid “sensitive” topics. Americans who are hired are under pressure to self-censor.

Second, transparency. The contracts between American schools and the Hanban, including funding and hiring policies, are rarely available to the public. Peterson writes, “Some universities went to extraordinary efforts to avoid scrutiny, canceling meetings and forbidding NAS from visiting campus.”

Third, entanglement. Rather than exemplifying purely academic interests, the Confucius Institutes are entangled with the Chinese state. They create financial incentives for American educational leaders to please China by deflecting criticism of Chinese policies.

Fourth, soft power. Soft power means the use of a government’s resources to project influence and achieve its goals by spreading favorable ideas. That is evidently the purpose of the Confucius Institutes. As Peterson states, “They avoid Chinese political history and human rights abuses, present Taiwan and Tibet as undisputed territories of China, and develop a generation of American students with selective knowledge of a major country.”

Exactly those concerns led the University of Chicago to drop its Confucius Institute. Finding that there was no an “equal partnership” between the university and the Hanban, the university announced that it was abandoning negotiations to continue its Institute, founded in 2009. Crucially, continuation of the Institute clashed with the university’s “core values and faculty leadership in matters of academic importance.”

How bad is the Chinese government’s meddling in “matters of academic importance”? Forbes writer Eamonn Fingleton observes, “Until recently Beijing had tried to deny that any self-censorship was involved, but all pretensions were dropped in July (2014) when the Beijing-based head of the Confucius Institute project, Xu Lin, ordered that several pages be ripped out of the program for a European Sinology conference, The conference, partly funded by the Confucius Institute, was held in Portugal. The program’s offending pages bore references to Taiwan-based organizations that Xu considered ‘inappropriate.’”

It’s unseemly for American colleges and universities to cooperate with what Fingleton correctly labels a Chinese propaganda program. Whatever benefits they derive in funding for Chinese courses and the enrollment of Chinese students who pay the full tuition bill are not worth the loss in academic freedom and integrity.

The NAS report recommends that all American colleges close their Confucius Institutes. But if a school wants to continue (or start) a CI, it should demand: transparency, separation of the CI budget from the college’s budget, that Chinese language courses be taught by professors who are paid by the college, and that scholarship not be constrained by fear of punishment for offending the Chinese government’s tender sensibilities.

If the Hanban won’t agree to such terms, then politely say, “No thanks.”