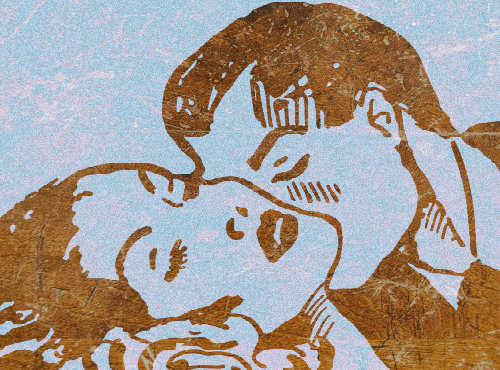 For several years, colleges have been battling an alleged campus “rape culture.” Before taking their first class, almost half a million students are taught that 1 in 5 women will be sexually assaulted in college. As a result of this and other efforts on the part of faculty and administrators, many women are led to view men as potential predators.

In her new book Unwanted Advances: Sexual Paranoia Comes to Campus, Northwestern University professor Laura Kipnis criticizes the higher education establishment’s crusade against rape culture—and the notion that there is even such a thing. She also questions the assumption that women are incapable of avoiding unwanted sexual attention, and that they therefore need to be coddled by campus bureaucrats.

Kipnis is a feminist, but many of her views are unorthodox—especially since today’s mainstream feminism is strongly associated with the fight against so-called rape culture. While this fight is meant to help women, Kipnis contends that it is undermining fundamental feminist principles of autonomy and gender equality.

The author argues that today’s campus climate represents a “regressive” step back to a prohibitive and paternalistic era in which women were viewed as helpless and blameless. She says that nowhere is this more evident than in Title IX investigations.

As federal law, Title IX prohibits universities from discriminating against individuals based on their sex. However, in 2011, the U.S. Department of Education indicated in a “Dear Colleague” letter to universities that sexual harassment would also be prohibited under Title IX—an interpretation that had not been previously applied.

The new guidelines empower college administrators to investigate and penalize any alleged perpetrator of sexual misconduct. And colleges are now frequently investigated for being too lenient. For instance, over 400 colleges are currently under investigation by the Education Department’s Office for Civil Rights.

In other words, there is a strong incentive for administrators to assume that the accused (usually a male) is guilty, rather than consider evidence that may suggest otherwise. (A recent College Fix article titled “Female Student: USC Threatened Me Because I Said My Boyfriend Didn’t Beat Me Up” shows just how backwards those incentives are.)

Kipnis argues that administrators often are not held accountable for being overzealous, and that many colleges do not allow the accused to “present a defense, such as introducing text messages from a complainant that contradicts his or her statements.”

To illustrate the problems caused by this system, Kipnis dedicates a large portion of her book to a case involving Peter Ludlow, a now-former Northwestern University philosophy professor.

In 2012, Ludlow was accused of sexually harassing two female students on separate occasions. The first charge involved an undergraduate woman who emailed Ludlow about an event she planned on attending. They decided to go together and later went to a bar.

Two days later, the student claimed that Ludlow forced her to get drunk so that she would spend the night at his apartment. Ludlow denies this, claiming that she asked to spend the night (he couldn’t drive her home because it was snowing). They fell asleep in the same bed, but they both agree that they did not have sex. Still, the student alleged that her experience with Ludlow caused her to be suicidal.

The second case involved a female graduate student. She and Ludlow were sexually involved for three months. Even though the student sent countless text messages to Ludlow saying things such as “I love you” and “We’re made for each other,” she claims this was an unwanted and “deeply inappropriate relationship.” She accused Ludlow of raping her, although their relationship continued after the alleged event.

Throughout the investigation, Ludlow was never informed of the specific charges made against him. By the time he was informed, evidence that he could have supplied in his defense was already gone (such as a security video in his apartment building).

Furthermore, Kipnis notes, Ludlow’s accusers frequently changed their stories, even contradicting themselves at times. But investigators never questioned whether they were telling the truth. Rather, they decided that Ludlow’s story was not “believable.”

Regardless of whether he was guilty, Ludlow clearly was denied his right to due process. And he was punished severely: he was banned from the university and was ultimately pressured to resign from his position.

Kipnis’s goal in relating Ludlow’s case, however, is not merely to demonstrate the unfairness of the Title IX investigation process—although she does liken its workings to those of a “kangaroo court.” Rather, the story primarily serves to illustrate how deeply rape culture paranoia has taken root on American campuses.

The big issue, Kipnis argues, is that sex is viewed as something “hazardous” for women. She is dismayed that females, the supposed beneficiaries of progressive feminism, relinquish autonomy and sexual agency in exchange for administrators’ protection.

While earlier generations of feminists fought for gender equality, Kipnis says, the current feminism on college campuses promotes nineteenth-century notions of female passivity. It is interesting how Kipnis frames the dispute between herself and campus feminists in terms of regressive and progressive tendencies, but her description is too simplistic.

Contrary to Kipnis’ interpretation, both Kipnis and her ideological opponents share the assumption that any consensual sexual activity is to be approved and encouraged.

For example, Heidi Lockwood, a philosophy professor at Southern Connecticut State University, believes consent depends on “context.” Lockwood explained this in an online debate that Kipnis highlights in her book: “[You] can threaten my agency…by using the power of your mind to mentally manipulate me, to persuade me.” (Lockwood, Kipnis discovered, informally advised one of Ludlow’s accusers.)

Kipnis, on the other hand, urges women to take responsibility for their compliance in sexual activity and acknowledge their ability to accept or reject sexual advances— what Kipnis refers to as exercising their sexual “agency.”

Kipnis is right to say that it is more in line with feminist values to expect women to take responsibility for their actions. However, Kipnis emphasizes the importance of sexual agency and gender equality while failing to recognize other needs that women have.

And women may have more sexual liberty now, but it does not seem to be making them more fulfilled. According to the National Bureau of Economic Research, since the 1970s women have become progressively less happy, “both absolutely and relatively” to men.

This implies that, contrary to what Kipnis describes as the “inroads” that feminism has made, there is reason to doubt whether the feminist view of female sexuality, which Kipnis shares, can truly be considered progress.

Kipnis does acknowledge that women may have different desires and expectations when it comes to sex. She recognizes that casual sex can have negative consequences for women’s emotional well-being. And she acknowledges that women need to find out what they really want in regard to sex, “especially since there are endless pressures to say yes.”

However, the author seems to trivialize the potential consequences that uncommitted sexual encounters can pose for a woman’s welfare. For example, Kipnis describes one student’s unpleasant drunken hookup as “educational,” and her own sexual experiences with professors as a “training ground for later creative and intellectual risks.”

Nevertheless, Kipnis’s sober analysis of sexual paranoia and its role in Title IX investigations is welcome. Department of Justice data show that 6 out of every 1,000 college students—not 1 out of 5—become sexual assault victims. Of course, that figure is far too high, but when “rape culture” warriors distort or inflate the severity of the problem, they foster a toxic campus environment that can lead to serious injustice.

Unwanted Advances: Sexual Paranoia Comes to Campus shows that campus feminists often contradict feminism’s traditional focus on female autonomy and responsibility. If they truly wish to combat problems such as sexual violence, they should not peddle myths or an agenda that give rise to paternalistic and unjust campus regulations. Doing so alienates potential allies, and does nothing to promote female empowerment.