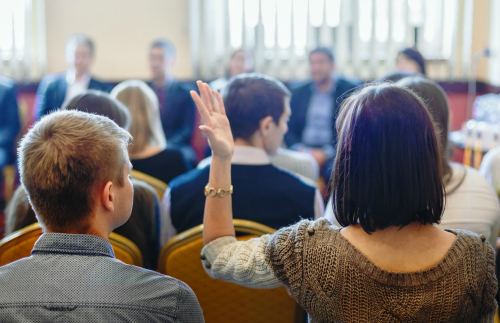 Higher education has a public relations problem on its hands. The results of a new Pew Research survey show that almost 60 percent of Republicans believe higher education has a “negative effect on the way things are going in the country.” Given recent high-profile cases involving violent protests, the shouting-down of conservative campus speakers, and calls to fire professors who oppose social justice initiatives, the survey results should surprise no one.

Unchecked campus radicalism has created a situation in which a large chunk of the population now feels alienated from, and resentful toward, colleges and universities. And with Republicans now in control in Washington and many state legislatures, it’s easy to envision a not-too-distant future in which higher education is front and center in a larger culture war, with funding cuts and various forms of legislative intervention serving as conservatives’ weapons of choice.

In a recent National Review article, Elliot Kaufman made a grim prediction about what that future will look like: “The next successful Republican politician will rally the Right by making America’s universities his punching bag—and the universities will prove even more vulnerable to that politician’s attacks than the media were to Donald Trump’s.” Whether it’s too late for universities to avoid being the kind of populist punching bag described by Kaufman is unclear.

But they should try. Higher education still has many bright spots, and at its best it adds significant value to students, the economy, and the intellectual life of the country. Higher education’s redemption will require bolder university leaders, many of whom have avoided confronting extremism, “safe space” culture, and students’ and professors’ growing obsession with identity politics, which is rapidly breeding anti-intellectualism and anti-social behavior.

Higher education’s redemption also will require a shift in students’ attitudes about free speech and the purpose of a college education. In North Carolina, the Campus Free Speech Act, recently passed in the General Assembly (now awaiting Governor Roy Cooper’s signature), stipulates that freshman orientation programs will educate students on the principles of free expression. This is great news, but students themselves should take action, and not just on free speech issues.

Student government, for example, needs significant reform. Beyond distributing funds to student organizations, reviewing cases of student academic misconduct, etc., student government can help to promote school traditions, enhance campus culture, and give voice to students’ concerns. At its worst, however, it can create a divisive campus culture and give power to those who think their ideology should be imposed on the entire student body and university administration.

Examples of student government abuses are legion. Last year, the University of Houston’s student body vice president posted a Facebook message in support of the phrase “All Lives Matter” as opposed to “Black Lives Matter.” In addition to forcing her to apologize for the post, the student government there voted to suspend her for 50 (later reduced to 15) days from the organization and mandated that she attend various diversity training sessions.

Earlier this year, Santa Clara University’s student government refused to recognize a chapter of Turning Point USA as a student club because of the group’s fiscally conservative message. And Cal State San Marcos’s student government has been accused of denying funding to conservative groups. (A similar problem arose several years ago at UNC-Chapel Hill.) Yet student governments seem to have no reservations about funding progressive advocacy groups or issuing political statements denouncing, for instance, conservative legislation and policies.

I served in North Carolina State University’s student senate during my sophomore year and witnessed similar politicization, though it didn’t quite reach the levels seen at many universities in the country. Most of my fellow senators seemed to work genuinely toward promoting the welfare of the student body. But I still found that even the well-intentioned can be tempted to use student government as a bullhorn to promote their ideological beliefs.

Student leaders never questioned the appropriateness of issuing declarations on the political controversies of the day. The student senate condemned President Trump’s travel ban, called for the relaxation of campus discipline regarding marijuana usage, proposed that the campus be 100 percent reliant on renewable energy by 2030, lamented low teacher pay, and criticized concealed carry on campus. Often, such resolutions were as divisive as they were empty.

I cannot recall any senators campaigning to be progressive mouthpieces while running for election. Yet once in office, many senators viewed political commentary as a necessary responsibility. Their emphasis on promoting progressivism and social justice pushed student government to fund projects (using student fees) that should have been rejected outright.

For example, on behalf of disabled students, the student senate voted to install an automatic door in the student government suite, to the tune of $9,200. This feel-good gesture was part of an attempt, ultimately unsuccessful, to convince the administration to install automatic doors at all building entrances on campus. To outsiders, this endeavor may seem to be a mistake of priorities. But purchasing a door hardly anyone will use to convince NC State to buy more doors hardly anyone will use makes sense if one’s real goal is to show commitment to social justice.

During my time in the senate, student government abuses extended to campus speakers. In January, a Christian club invited a gay pastor to deliver a lecture encouraging homosexuals to live in celibacy. The pastor stressed the need for sensitivity and compassion, devoting much of his lecture to admonishing Christians who have treated homosexuals cruelly. He even recalled that, as a teen, he contemplated suicide after his pastor told him all homosexuals should die.

But before hearing the pastor out, the student senate issued a resolution denouncing him as a man with “a history of making openly homophobic and transphobic comments.” It insisted that, going forward, “actions and events meant to perpetuate the idea that members of the GLBTQ+ Community are inherently flawed” should be censured. If NC State’s student government possessed the authority, one wonders if other speakers offending liberal sensibilities would even be allowed to step foot on campus.

Student governments, at NC State and elsewhere, should recognize that their actions impact more than just their respective student bodies. In an era in which social media and shows such as Tucker Carlson Tonight frequently expose, to millions of Americans, the boorishness of ideological campus zealots, their actions can impact the public’s perception of their universities and higher education generally. For student leaders, a bit of introspection is in order.

While they seem constantly to be on the pulse of broader political controversies of the day, some student leaders too often are oblivious to the fact that their views and agendas, especially at larger universities such as NC State, may not actually represent most students, the majority of whom go about their business and avoid the partisan fray. Student leaders also seem oblivious to the fact that, for an increasing number of Americans, recent campus antics have been viewed, at best, as buffoonery and at worst as national nuisances.

Still, in my view, student governments are capable of playing an important role in terms of helping to restore faith in higher education. I realize that this is easier said than done, given the hyper-partisan times in which we live. But I’ve seen firsthand that many who enter student government do so out of genuine love for their school and concern for the well-being of their fellow students. Now is the time for them to give real voice to those students, most of whom are much more moderate than those who participated in the recent Pew Research poll might think.

Whether the kind of change I’m hoping for is adopted willingly or mandated by the electorate will depend on the actions of administrators and students. The best way for campus communities to keep legislatures and populist politicians out of their affairs—and avoid becoming a national “punching bag”—is to stop giving them so many reasons to interfere in the first place.

Student Governments Can Help to Restore Faith in Higher Education