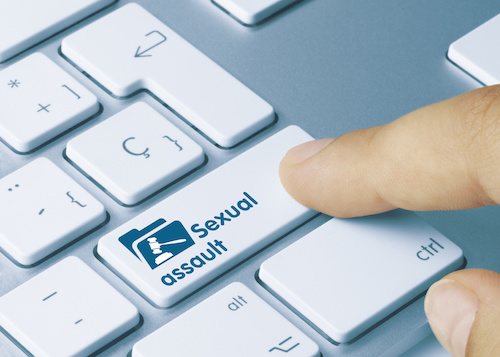 If anyone needed a reminder that American colleges and universities have become expert at wasting time and money, my recent experience with mandatory “sexual assault training” might supply it.

I am on the faculty at the University of Wisconsin–Whitewater (UWW), where I teach English. Last February, all members of the campus community were informed by our Title IX Coordinator, Paige Reed, that all members of the campus community would have to complete an online training program because the university’s newly approved “Sexual Violence, Sexual Harassment and Intimate Partner Violence Policy” requires it.

Further details, I read, would be forthcoming from the university’s office of human resources and diversity.

I found it a curious fact that, six years after having received the “Dear Colleague” letter, the issue remains so severe as to warrant this anachronistic reeducation on workplace discrimination. And it had never occurred to me that I might need to be “trained” how to avoid committing a crime, or that there is any need to reprise rudimentary lessons in refraining from boorishness in public life.

Although the training seemed unnecessary, UWW wasn’t asking for my time—it was demanding it.

Soon, the follow-up email arrived. I found out that the training required me to go through a program devised by a company named LawRoom. This company is cashing-in on the training market, but I have not been able to find out how much UWW paid for its program.

The course came with a trigger warning, lest we be traumatized by the content and in need of a resource center, the information for which was duly supplied. It was a relief to also know that, despite the presence of fictional characters played by real people, “we do not intend to suggest that everyone who shares a trait with a character behaves or misbehaves in a similar way.”

Rest assured, great pains were taken to create “a safe, positive, and affirming learning experience.” The creators of the program certainly know their audience—such comfort language plays well in the college environment.

We were provided with dictionary definitions of things like quid pro quo, along with a helpful phonetic spelling of the phrase and counsel that such behavior is illegal and should be avoided. Other highlights included statistics from someplace called the Workplace Bullying Institute, which one might surmise would not exist if its statistics on workplace bullying were not astonishingly high.

I went through numerous examples and case studies that were egregious and could probably be recognized without the aid of slick graphics, colorful charts, and quiz questions.

Emily was a tenured faculty member, served on several committees, and was a Special Assistant to the Dean. After the Vice Provost supported Emily for a fellowship, he started making sexual advances, which she rejected. Finally, the Vice Provost told her, “It’s in your best interest to be nice to me,” but still she refused. He then took away Emily’s role as Special Assistant to the Dean and her committee work, but she retained her faculty position.

Obviously, the right answer was “Yes”—but if anyone taking the training had gotten the wrong answer, he or she could try again.

The course largely served as a tutorial on the fineries of what constitutes illegal behavior and what merely creates a hostile work environment. The latter comes exclusively under the purview of the university, which can act to remediate whatever it deems “hostile” or “intimidating.”

As someone who is always wary of losing touch with the student experience, the course provided a first-hand impression of how our students might expect to be treated in today’s typical classroom. That is, with the condescension formerly reserved for young children.

Topics such as bullying, harassment, and intimidation, though, served as a diversionary prelude to what the training was really about. Part II was devoted to Title IX and its new role as the administrative apparatus for detecting and punishing sexual assault.

We were made to understand the nature and scope of assault and were given the profile of a typical predator, someone who, for example, eschews weapons in favor of “psychological tactics to coerce victims.” Also included was an overview of Wisconsin law regarding consent and sexual harassment and then more case studies that offered an uncomplicated look at how sexual assault might present itself to the untrained eye.

Most dubious, however, was LawRoom’s defense of what it antiseptically calls an “institutional response”—that is, an extralegal one—to assault on campus. Sexual assault, in addition to being a criminal act, also “interferes with someone’s education” and thereby becomes a de facto Title IX violation.

Of course, when it comes to sexual assault on college campuses, we aren’t always dealing with criminal behavior, per se. This offense, courtesy of official “guidance” offered our campus by the federal Office for Civil Rights, is now classified as a form of “harassment” and is to be adjudicated by campus officials.

Title IX has defined harassment down to any “unwelcome verbal or physical conduct of a sexual nature,” and thus a distinction between a constitutionally guaranteed legal defense and the kangaroo courts that now preside over Title IX hearings is warranted. Fortunately, that distinction was delineated via a chart that, if nothing else, highlighted the university’s prerogative to apply a lower standard of proof, curtail due process, and refuse access to counsel for the accused.

Having known much of this and already paranoid about Title IX’s applicability to nearly every thought, word, and deed, I sailed through the training in about two hours. We were told we might need to take breaks since the material could be discomfiting, but the training was only painful in its superfluity.

To accurately understand and appraise Title IX’s new function on college campuses, one need only look to its deployment as an enforcer of politically correct speech or to the countless number of pending lawsuits over its punishment of boozy and ambiguous student couplings.

Having completed the training, I am now presumably able to continue my professional duties. As for another endeavor to validate the victim/oppressor model that animates so much of university life, I would venture that at some point we have either a recognition that respective campus climates are sufficiently improved, or an acknowledgement that this has all amounted to nothing but empty, expensive posturing.

In the interim, campus (re)training rolls on.

My State Struggles With the Perils of Legislating Higher Education Reform

My University Wastes Time and Money on Sexual Assault Training