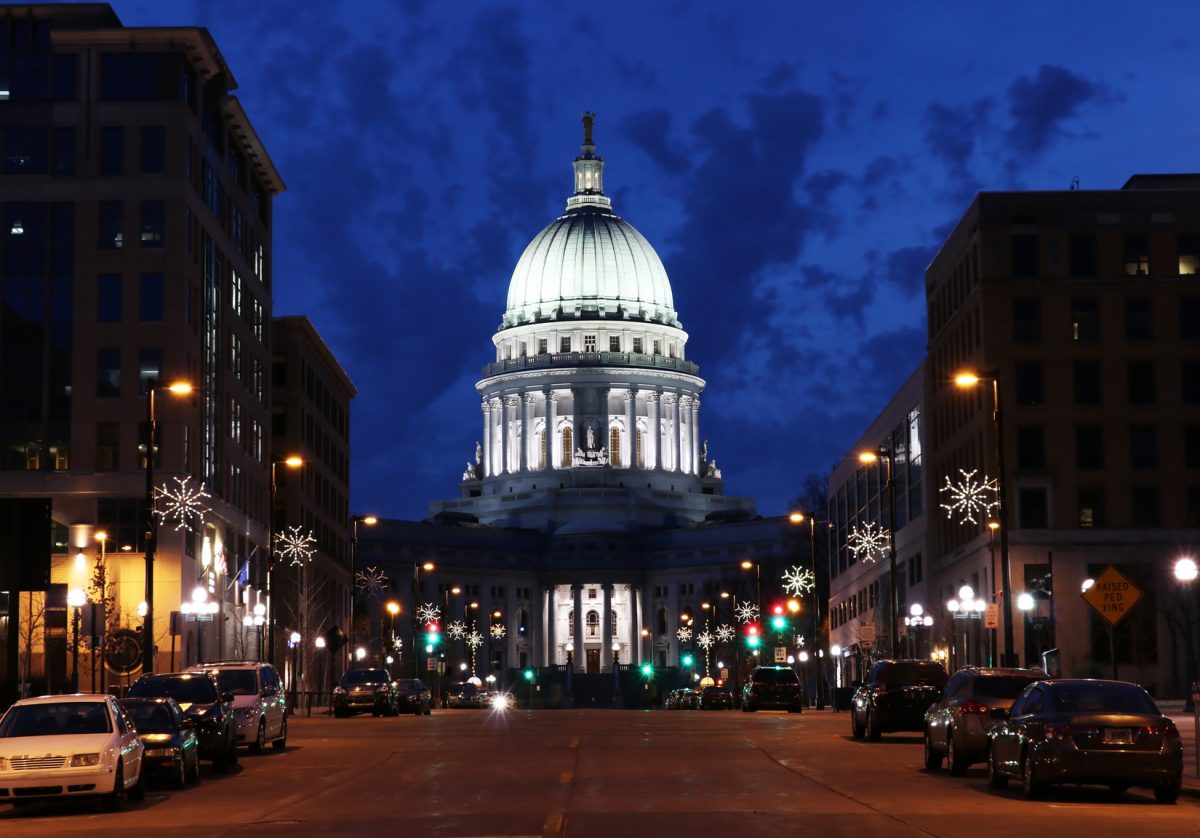 Universities have by and large rendered themselves unable to be policed—sometimes quite literally—and that has not gone unnoticed by the legislators who fund them.

Wisconsin’s Campus Free Speech Act is just the latest attempt by states to impose some order on institutions by compelling their colleges and universities to take free speech seriously. Thus far, North Carolina is the only state to have enacted it, although several other states have passed less comprehensive free speech legislation.

The bill, AB 299, is modeled on draft legislation put forward by the Goldwater Institute. It was passed by the State Assembly in the spring and is, along with a competing bill, currently in committee in the Senate.

Predictably, AB 299 has its detractors. Some of them point out the dubiety of government officials telling universities how to conduct their business. State Representative Terese Berceau of Madison attacked the crisis of campus speech as an “artificial, political controversy” and disagreed that “the university needs us to tell them how to handle this.”

Another, more virulent criticism of the bill comes from Scot Ross, executive director of the leftist group One Wisconsin Now. He stated that the Republican sponsors of the bill “want to make our campuses safe spaces for Republicans to be free of criticism and subject students to sanctions if they speak out.” That is simply false, but indicative of the heated rhetoric the Left is using against the bill.

But for other Wisconsin citizens, particularly those purportedly served by these institutions, the question about the bill is not “Why?” but “What took so long?”

With the exception of Governor Scott Walker’s notorious passage of Act 10, which limited the collective bargaining rights of public employees and has, according to Forbes writer Patrick Gleason, saved taxpayers billions of dollars, the state has only tinkered at the margins of higher education reform.

Act 10 was followed four years later by the removal of tenure from state statute, meaning that the law would no longer require state universities to have tenure. The most noticeable effect was that UW lost the distinction of being the only system in the country to have tenure protected by law. The authority to set tenure policy, as it does virtually everywhere else, now lies with the Board of Regents, which has affirmed its commitment to maintaining tenure protections.

Nevertheless, the legislation led to ineffectual resistance from the Left. Protesters showed up at events brandishing placards that read “Get Politics Out of Education,” hardly the right message to garner sympathy for an embattled professoriate.

And so, while the free speech bill should not come as a surprise to observers of higher education in the state, institutions within the system have done precious little to dispute its need.

Controversy heated up late last year when a UW-Madison course called “The Problem of Whiteness” was thrust into the spotlight after its instructor launched a series of celebratory tweets over the murders of three Dallas police officers. In response, a number of lawmakers, invoking their duty to oversee the prudent management of taxpayer dollars, threatened to withhold funding if the course was not canceled.

They also called, albeit a bit faintly, for the offending professor to be fired. That was never going to happen, but it perhaps served as a shot across the bow in the war over the limits of academic freedom and the extension of speech rights outside the context of academe. From an institutional standpoint, it merely allowed the university to assert its commitment to defending the social media rantings of its faculty.

What critics of reforms fail to acknowledge is that legislative meddling has all along enabled higher education’s thorough politicization, particularly during the Obama years.

Then, in March 2017, Governor Walker’s biannual budget initially included a provision—later removed—that would have allowed students to opt out of paying allocable student fees. The rationale was that such fees are being increasingly used to fund student organizations and activities with a decidedly leftist bent. The centerpiece for the opposition was perhaps Madison’s “Sex Out Loud” program, but other events across the system covered by these fees, such as UW-La Crosse’s “Drag Show” would have done just as well.

The bigger problem, however, is that these and other measures are largely symbolic and would do little to ameliorate the problem of the ideological monoculture that persists on Wisconsin’s campuses.

Student fees are indeed objectionable, but they constitute only a minute fraction of a student’s total outlay. And interference with curricular matters, even those treating tendentious and divisive subjects like whiteness, is ultimately antithetical to the reforms these initiatives seek to enact. College administrators have already amassed a fair degree of control over instruction, and anyone seeking true academic freedom, especially those who might deviate from campus orthodoxy, should be wary of adding another layer of oversight. Political winds tend to shift.

However, what critics of reforms like these fail to acknowledge is that legislative meddling has all along enabled higher education’s thorough politicization, particularly during the Obama years when Democrats imposed numerous mandates on colleges and universities. It is natural to expect this impulse to cross party lines.

Such are the stakes of partisanship. To wit, once universities unblinkingly accepted the “guidance” offered by the Office for Civil Rights, it became disingenuous to suggest that measures constraining activism or threatening to pull federal funding, as President Trump did after the Berkeley riot, are beyond the pale.

The argument might be made that an institution’s student conduct policies should preclude legislative mandates or at least render them superfluous. UW-Madison spokesman John Lucas indeed made that case, asserting the importance of the “free exchange of ideas and need for order,” while invoking “the existing student conduct process that has served institutions well for many years.”

Yet how well that process and other related policies have served our institutions is debatable.

In December of 2015, the Wisconsin Board of Regents adopted a policy similar to that put forward by the Committee on Freedom of Expression at the University of Chicago. The Regents made clear the university’s commitment to free speech, and academic freedom, and that people who violate those freedoms can expect punishment.

Not quite a year after passage of this policy statement, though, protesters, abetted by UW police and administrators, disrupted a speech by Ben Shapiro by blocking the stage and yelling “safety” ad infinitum. They left after a period of time, but surely such disruptions cannot be the price of hosting speakers the Left feels to be offensive.

The university, in a statement after the event, reminded everyone that it “expects community members to engage in discussion…in ways that are respectful of others’ viewpoints.” It also ambivalently expressed disappointment “that some attendees at the event chose not to do so.” It is telling that the statement refuses to specify which attendees it is referring to.

For now, we might begin exploring alternative means for allowing speech that challenges current orthodoxy.

This past May, Charles Murray spoke at the private Madison Club for the first “Disinvited Dinner” hosted by UW-Madison’s Center for the Study of Liberal Democracy. A closed forum such as this has the advantage of actually taking place, since the establishment where the event takes place can control who is admitted. However, as Murray himself noted, the format inhibits the kind of free and open exchange that was once the hallmark of liberal education.

In the absence of institutional seriousness in addressing crises like that of free speech, this presently seems like a desirable option. But unless and until our public universities find seriousness, we will have politicians intervening in higher education.

My State Struggles With the Perils of Legislating Higher Education Reform

My University Wastes Time and Money on Sexual Assault Training