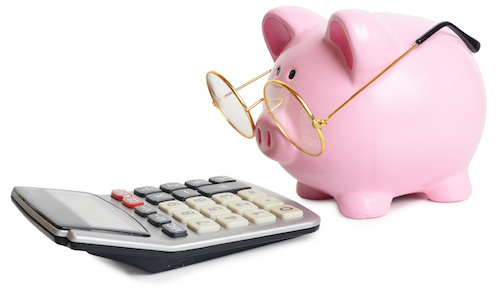 The budget released by the North Carolina Senate in early May sets a careful course for higher education. It includes modest increases over last year’s budget for both the University of North Carolina system and the state’s community college system. It also includes several policy changes aimed at making higher education more transparent and efficient.

The budget will increase the appropriation to the UNC system to $2.88 billion in 2017-18 and $2.95 billion in 2018-19. This is a $98.9 million, or 3.5 percent, increase over the 2016-17 revised budget. As usual, the bulk of the funding for higher education is determined by enrollment. Growing schools, such as UNC Charlotte and UNC Wilmington, receive the largest budget increases.

Large increases in funding also go to the UNC Board of Governors and UNC-Chapel Hill’s Area Health Education Center.

The rest of the increased appropriation is spread throughout the system, with the majority of the money going to employee compensation in the form of a small across-the-board raise. The bill stipulates that employees will receive a “salary increase equal to the greater of 1.5% of an employee’s base salary or $750.” The bill also funds increased retirement and health plan contributions for employees.

A few schools receive less money in the upcoming budget than they did in 2016-17. The appropriation for Elizabeth City State University is $2 million less than last year due to faltering enrollment. The net decrease is despite the provision of “stabilization funding” for the school. These funds are earmarked to “hire temporary faculty to anchor core programs, provide start-up funds for an aviation science program, and [to] support student success initiatives.”

Although the Senate budget increases the appropriation for most schools, the budget also stipulates a small “management flex cut” of universities’ operating expenditures. It includes recurring cuts of $1.9 million in 2017-18 and $3.3 million in 2018-19. It also includes a one-time cut of $16.7 million.

The budget directs the UNC Board of Governors to allocate the cut across the system, although many UNC entities are exempted, including several universities, UNC Need-Based Financial Aid, the Teaching Fellows Program, UNC lab schools, and the School of Science and Mathematics. The management flex cut is the legislature’s best tool for cutting waste in the UNC system by allowing the Board and Chancellors to identify and eliminate inefficiencies.

You can find the full money report here.

One change is to establish full-time staff positions for the UNC Board of Governors. These staffers will help the Board to remain independent and help correct the asymmetry of information that exists between the Board and the General Administration. The budget allocates up to $300,000 for the positions.

The budget also funds an overhaul of UNC’s outdated data systems. The updated systems are intended to modernize business practices, increase standardization across campuses, and improve financial management in the system. The senate budget states that the system is expected to provide, “cost-per-unit analysis, predictive modeling, and more timely access to actionable information.”

It’s clear from this budget that the Senate’s vision of higher education in North Carolina is of a system that is efficient, transparent, and effective, providing value to students and to North Carolina taxpayers.

Other significant policy changes include increasing the number of medical student slots, transferring the Future Teachers of North Carolina program to the UNC General Administration, waiving the 12-month residency requirement for former military personnel to qualify as “in-state” students, and studying the efficacy and cost of compliance offices at UNC schools.

The budget also addresses several inefficiencies in the community college system. It includes provisions to reorganize the system office, study the costs of workforce training, create a program to train board of trustees members, and clarify the North Carolina youth apprenticeship program.

It’s clear from this budget that the Senate’s vision of higher education in North Carolina is of a system that is efficient, transparent, and effective, providing value to students and to North Carolina taxpayers.