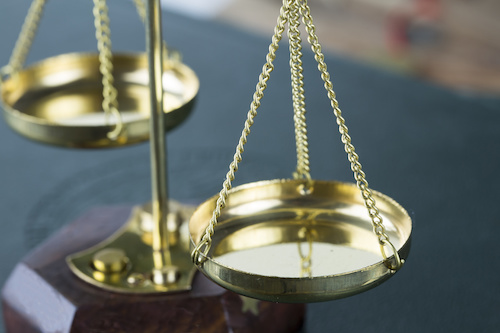 The Martin Center has been covering the Kafkaesque case of Marquette University professor John McAdams since it first broke several years ago. Professor Howard Kainz first wrote about it in “Firing Professor McAdams: When a Catholic University Collides with Political Correctness.”

He explained the substance of the problem between the university and McAdams, which was the latter’s criticism of the way a graduate teaching assistant (Cheryl Abbate) had handled a student who’d questioned why the ethics course she was teaching would not go into same-sex marriage.

McAdams, a tenured professor of long service had merely written on his personal blog comments that would never have occasioned any interest from the university if it hadn’t been for the fact that a male was criticizing a young female over a matter where she was advancing the “progressive” idea that discussing same-sex marriage could be offensive to some students.

The administration then turned a tiny dispute over a course into a firing offense. Marquette’s top brass felt the need to make an example of McAdams, first banning him from campus as if he were a terrorist, then deciding to suspend him without pay for two semesters for having spoken his mind.

That impartial watchdog for free speech on campus, the Foundation for Individual Rights in Education (FIRE), has twice put Marquette on its list of “worst schools” over its attack on Professor McAdams. FIRE condemns Marquette for its “inquisitorial tactic used to violate freedom of conscience through compelled speech.”

I wrote about the case just over a year ago, after McAdams had filed suit against the university for breach of contract. The key issue in the case was whether the university’s president, Michael Lovell, could terminate McAdams because of his refusal to apologize for his behavior and having criticized the university for its treatment of him.

A state court judge in Wisconsin has recently issued his decision in the case and he sided with Marquette, deferring to the school’s disciplinary procedures and finding no breach of contract. Judge Hansher reasoned that while academic freedom is important, the university had “legitimate grounds” for preventing professors from expressing public criticism of graduate students. And since the school followed all its policies and provided McAdams with adequate due process, he had no legal complaint.

That decision will be appealed and there is good reason to think it will be reversed.

One reason why is that Marquette’s approach to the discipline and termination of McAdams was not fair. The Faculty Hearing Committee that decided to sanction him should have been composed of impartial members, but one of the members had shown that she was against him by having signed a petition favoring his removal.

Another reason to believe this ruling will be overturned is that the university actually did not follow its procedures for the offense for which McAdams now faces punishment. He was given a two-semester suspension by Marquette for his criticism of Ms. Abbate, but that is not the issue now.

Writing on the American Association of University Professors’ Academe blog, John K. Wilson explains: “McAdams’ suspension endorsed by the Faculty Hearing Committee and approved by the administration ended five months ago. McAdams is now facing an ongoing, permanent suspension for a completely different offense for which he never received any charges, any hearing, or any FHC ruling for any kind of punishment.”

The reason why the prospect of a permanent ban from Marquette hangs over McAdams is that he has not apologized for his initial remarks and accepted his punishment, as unilaterally directed by President Lovell. As Wilson puts it, McAdams faces the loss of his professorship just “for having the wrong opinions about his suspension.”

In short, he is being punished for a new “thoughtcrime” against Marquette.

John Wilson and I disagree on many issues, but here I tip my hat to him for his principled defense of free speech on campus. No matter whether or not you side with Cheryl Abbate on same-sex marriage should be irrelevant to the case. If you believe that people in an academic setting should feel free to speak their minds, then Marquette has done something harmful in suspending McAdams for his blog and now for firing him because he won’t confess to his sins.

Also finding fault with Judge Hansher’s decision is Tom Kamenick of the Wisconsin Institute for Law and Liberty, which has been representing McAdams. Kamenick writes, “When two parties to a contract disagree about its application, courts cannot simply let one side decide how to interpret it. That’s like saying that an employee who brings a sexual harassment case against another employee has to abide by the employer’s internal review that finds no wrong doing occurred.”

In other words, the judge erred in deferring to Marquette’s view of its contractual obligations regarding Professor McAdams rather than undertaking a dispassionate analysis himself. An appellate court might well find the judge’s deference to the university grounds for reversal.

But suppose that the court’s decision stands. What would it mean?

It would mean that a professor, even one holding tenure, can be terminated for writing something critical of a junior faculty member (or conceivably anyone on the faculty or affiliated with the school) if administrators declare it “harmful.” The once solid ground of academic freedom to say what one thinks will become thin ice that can crack any time someone complains that a professor’s statement is too hurtful. Administrators who like Henry II want to want to be rid of a “troublesome priest” will be able to scour his statements and writings for words that are over a very fuzzy line, then hold show trials where the accused is presumed guilty.

To avoid getting “McAdamsed” (the academic equivalent of “Borked’) faculty members will refrain from criticism that might offend one of the people on our campuses who like using their victim status as a sword against those who disagree with them.

John Wilson is right in calling this decision “an extreme threat to academic freedom.”