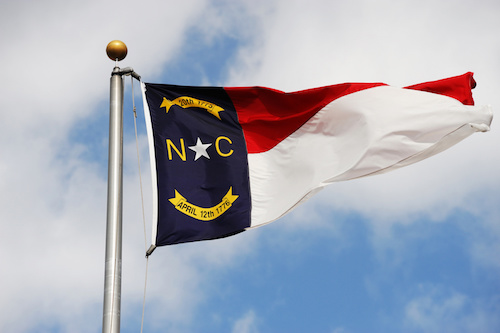 Student intolerance and opposition to free speech have been gaining momentum. What began as isolated incidents at the University of Missouri and Yale University in fall 2015 quickly spread to other universities, leading to individuals being targeted for simply expressing their opinions.

Recent rioting that prevented a speech by Milo Yiannopoulos at UC Berkeley, and similar mob-like disruptions at NYU and Middlebury College, seem to have established violence and intimidation as acceptable tools for suppressing controversial or even just right-of-center speech.

The good news is that state legislators have taken notice. Across the country, including here in North Carolina, proposals have been introduced that would protect free speech on public university campuses. They would abolish unconstitutional barriers to free expression that many universities have erected under the guise of inclusion and safety.

The need for such protections is pressing. A 2015 survey conducted by Yale University’s William F. Buckley Jr. Program revealed that more than half of U.S. college students are in favor of their school having codes that regulate student and faculty speech.

This anti-free speech mindset was on display recently at Santa Clara University. Student government leaders there denied official recognition to a chapter of Turning Point USA, an outspoken conservative organization. Some students claimed the group made them feel “unsafe.”

And back in 2015, Yale students spat on free speech advocates during a conference titled, in an ironic twist, “The Future of Free Speech.” They stormed the auditorium in an effort to disrupt the event—all in response to a comment that one of the speakers had made on social media.

This new, illiberal campus culture is unhealthy for students and for higher education’s purpose—the search for truth. If there is no pushback against these irrational tactics of the Left, they will only encourage others to replace factual arguments with emotional tantrums, and to treat with contempt those who hold divergent views.

But the problem runs deeper than students’ attitudes; riots, protests, and other activities designed to suppress non-conforming speech often are enabled by university policies. Many universities are unreliable protectors of the marketplace of ideas and even students’ most basic rights.

A recent survey of 440 American universities indicates that nearly half of them have adopted policies that infringe on the First Amendment rights of students. Also, many schools are willing to fire dissenting employees and create “free speech zones” for the sake of maintaining their public image and avoiding controversy. And in some cases a double standard has been established, where controversial expression is tolerated so long as it has a “liberal” slant.

For example, during NC State University’s recent “Diversity Education Week,” a student organization put up posters directed at white students; it contained messages that would have been unacceptable if geared towards any other racial group. Yet there was no action taken by the university or outcry from the student body. (NC State, by the way, recently found itself in a legal battle after targeting a Christian student group for handing out literature; only after a lawsuit was filed did the school revise its policy.)

It now appears that some state legislatures are doing what universities will not do—protect students’ First Amendment rights and the free exchange of ideas. For example, legislatures in several states, including Arizona and Colorado, have recently abolished unconstitutional free speech zones.

In Vermont, a bill to protect student journalists from being disciplined for expression and to prevent censorship in student newspapers has advanced. A similar bill has been introduced in Indiana. The bills state that content cannot be suppressed because it involves political or controversial subject matter or is critical of a school or its administration. In 2015 North Dakota became the first state to pass such a measure; Maryland and Illinois later enacted similar laws.

In North Carolina, the recently proposed Restore Campus Free Speech Act would direct the UNC system’s Board of Governors to adopt a system-wide policy protecting free speech. It would require the Board to establish a Committee on Free Expression. The Committee would report each year on the status of First Amendment protections at UNC institutions and update the Board if university administrators fail to uphold those protections. The bill also stipulates that students will learn about university policies on free expression during freshman orientation.

In a House committee meeting last week, UNC General Counsel Tom Shanahan claimed the bill was unnecessary. And a representative from the ACLU expressed concerns about what she called “overly broad” language in the current version of the proposal.

The bill, however, was modeled after model legislation written, and vetted, by scholars at the Goldwater Institute in Arizona. And Robert Shibley, vice president of the Foundation for Individual Rights in Education (FIRE), has praised the Goldwater bill, saying, “There is little doubt that passage of this model legislation would represent a real improvement in free speech protections.”

Only two North Carolina universities have received “green lights” (the highest rating) from FIRE for protecting free expression. That’s partly because the current system fails to ensure that university administrators uphold free speech and that they are held accountable when they don’t.

Colleges and universities are supposed to provide an open environment for those seeking to expand their perspectives and gain knowledge. Academia’s increasing political correctness, however, has in some cases thwarted such intellectual development. The problem is exacerbated when administrators sit idly by, allowing a small minority of campus zealots to stifle debate.

The Restore Campus Free Speech Act and related legislation in other states are based on a recognition of these problems. Perhaps soon, higher education will return to being a bastion of free speech and intellectual diversity.