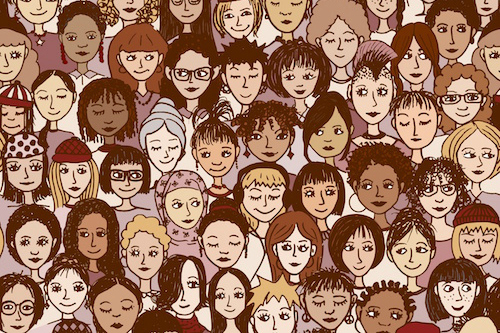 Christina Hoff Sommers, also known as YouTube’s “Factual Feminist,” spoke last Wednesday at UNC Chapel Hill. Her talk, titled “The Failures of Feminism,” was sponsored by the UNC College Republicans. The former philosophy professor and author of Who Stole Feminism: How Women Have Betrayed Women lamented how, in her view, the academy is radicalizing feminism and robbing women of their intellectual freedom.

Sommers, now a resident scholar at the American Enterprise Institute, still considers herself a feminist, but believes in what she calls “equity feminism,” which “stands for the moral, legal, [and] social equality of the sexes.” In other words, men and women should be treated equally because of their shared humanity and dignity; one sex is not superior to the other.

Those values, said Sommers, guided the original feminists in the 20th century and are rooted in the humanistic traditions of the Enlightenment. However, the current feminism taught in most universities is a radical distortion of equity feminism known as “intersectional” feminism.

This new brand of feminism focuses on the intersection of race, class, and gender. Its overarching message is informed by the philosophy of Karl Marx and Michel Foucault: certain groups (here, women) are systematically oppressed by a more powerful group (here, white men).

Intersectional feminism, according to Sommers, does not educate college women about their human dignity. Instead, its narrow focus on systematic oppression encourages them to feel victimized and resentful toward men. (Since she does not conform to intersectional feminism, Sommers now refers to herself as a “dissident” feminist.)

It wasn’t until the early 1990s that Sommers became aware of the dubious turn feminism had taken. Around that time, she was asked to teach a feminist theory class at Clark University. After reading the assigned textbooks, she said she realized they were one-sided and propagandistic.

In her view, those textbooks broke a “sacred commandment” of the academy: “thou shalt present both sides of the story.” Sommers argues that today things have gotten worse. Only a “fanatical” form of feminism is being taught, and anyone who disagrees is demonized. Instead of encouraging students to think for themselves, the university is telling them what to think.

It is evident that universities are heavily promoting intersectional feminism. The National Women’s Studies Association, for example, says it is committed to intersectional scholarship and fighting “systems of privilege or structures that oppress.” And a textbook published by the University of North Carolina Press, The Intersectional Approach: Transforming the Academy Through Race, Class, and Gender, states explicitly that intersectionalism “dominates the undergraduate curricula of the majority of women’s studies units.”

Nationally, this focus on how women are “systematically oppressed” may be causing students to react with hostility toward opposing views. Two years ago Sommers was invited to speak at Oberlin College. Students posted fliers warning of a “dangerous person” coming to campus. The fliers were so hostile that the administration provided Sommers with a security escort. Thirty women fled to a “safe space” during her talk.

At other universities, such as Georgetown and California State University, Los Angeles, Sommers received similar responses of outrage and furor. Such close-mindedness is not limited to students, however; Sommers said that when she presented a paper at an American Philosophical Association meeting, audience members stomped their feet and hissed at her.

Intersectional feminism’s oppression mania may be influencing other aspects of higher education. Today, for example, universities urge women to enter fields in which they allegedly are “underrepresented,” such as science, technology, engineering, and math (STEM).

But according to the American Physical Society, women make up about 60 percent of biology majors and roughly 50 percent of chemistry majors. Sixty percent of neuroscience majors are female. Moreover, from 2012 to 2016, women made up between 45 to 50 percent of medical school graduates. Clearly, women are not so oppressed that they can’t enter difficult fields of scientific study; in some cases they represent the majority of the majors.

And although men greatly outnumber women in physics and engineering, it seems unlikely that “societal oppression” and “cultural bias” are to blame. Perhaps women tend to be interested in different areas of study. But to even suggest this as a possibility provokes accusations of being “anti-woman” or even “non-woman,” as Sommers says she is sometimes labeled.

In an interview after her talk, Sommers said that more universities should try to emulate Robert P. George’s James Madison Program at Princeton University. The Program encourages scholars from various backgrounds to present ideas in an open and respectful atmosphere. Sommers said that such initiatives give other universities incentives to promote greater intellectual freedom.

It appears that modern feminism desperately needs that kind of intellectual freedom. It is now dominated by academics who aggressively promote theories of oppression, giving short shrift to other concepts, such as equity feminism, which Sommers says is now “a relic of the past.” Until this climate changes, those who question intersectional feminism will either be silenced or forced to look elsewhere for a more open intellectual environment.