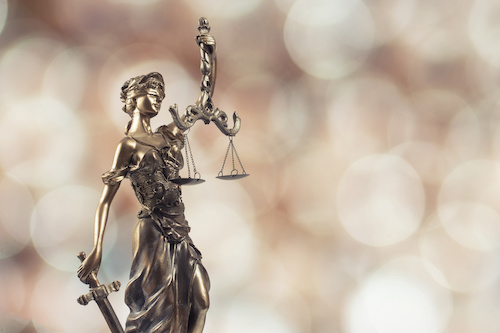 Nowhere is the adage “personnel is policy” truer than in the federal education bureaucracy. With nothing more than a few Dear Colleague letters meant to provide “guidance” to nearly all colleges and universities, during the Obama administration officials in the Department of Education’s Office for Civil Rights (OCR) made dramatic and harmful changes in the law.

The next head of OCR should be someone who understands that those changes were both ill-advised and illegal and work to eliminate them. A number of Americans (this writer included) have advocated that the job be offered to Gail Heriot, a professor of law at the University of San Diego.

We don’t know at this time who President Trump will nominate, but unless the individual wants to continue the policies of Obama’s OCR, there is sure to be fierce opposition. For example, Liz King of the Leadership Conference on Civil and Human Rights is quoted in this Chronicle of Higher Education piece as saying, “An individual is not qualified to serve in this role unless they have a demonstrated record of support for the nation’s civil rights laws and the students and communities protected under those laws.”

That signals a fight if Heriot is nominated, since she supports civil rights, but views the civil rights laws differently from King and other liberals.

No matter who Trump nominates, the key task for the next OCR head to do is to reverse its intrusion into campus discipline procedures for students accused of sexual assault. The toxic effects of that intrusion are the subject of a recent book by Brooklyn College history professor K.C. Johnson and journalist Stuart Taylor Jr.

In The Campus Rape Frenzy: The Attack on Due Process at America’s Universities, the authors give a detailed account of the damage wrought by OCR’s “guidance” to colleges. They also demolish the idea that campuses are in the grip of a “rape culture” and show that sexual assault cases are better left to the police rather than school administrators.

In making their case, Johnson and Taylor cite many women who have come to the same conclusion they have. One of them is Harvard Law professor Jeanie Suk Gersen, who wrote, “It is a near-religious teaching among many people today that if you are against sexual assault, then you must always believe individuals who say they have been assaulted…. Examining evidence and concluding that a particular accuser is not indeed a survivor, or a particular accused is not an assailant, is a sin that reveals one is a rape denier….”

Throughout the book, the authors examine numerous cases where male students who were accused of sexual assault were clearly innocent, but expelled on the basis of blatantly one-sided proceedings in which they were denied basic due process protections afforded to accused individuals everywhere else in our legal system.

How did those one-sided proceedings become accepted? They were mandated by OCR in a series of “guidance” letters starting in 2011. Many know that, but don’t know the reason behind OCR’s offensive.

In the 2010 elections, the Democrats suffered an unprecedented defeat, but one who survived was Colorado senator Michael Bennet. He managed to win by hitting hard on “women’s issues,” especially the supposed sexual assault epidemic. Seeing that as integral to winning in 2012, “the federal government emphasized the types of gender, sexuality, and ethnic class issues that had worked for Bennet,” Johnson and Taylor write.

In short, the political message was: “Campus sexual assault is a terrible problem and only the Democrats will do anything about it.”

The legal basis for OCR’s letters was Title IX of the Education Amendments of 1972, but as the authors (and many legal scholars) have noted, nothing in the language of Title IX says that the government is authorized to dictate to colleges and universities how they must deal with sexual assault cases. But OCR’s stance when challenged was: Try to Stop Us. If schools hesitated, they were threatened with costly federal investigations and the possible loss of government funding.

To fortify the twin notions that American campuses were very dangerous for women and that the administration was doing the right thing in fighting for them, OCR wanted a system that would create as many guilty findings and disciplinary actions (preferably expulsion) as possible. Thus it mandated that schools adopt a “single adjudicator” model wherein one staff member would hear the case and decide on the penalty. In that model, the accused would not be allowed to cross-examine witnesses or be permitted legal representation, and the adjudicator would use the lowest standard of proof.

Moreover, schools were expected to “train” their staffers in a “victim-centered” way, which is to say, they must approach cases with a presumption of guilt.

When confronted with the argument that this one-sided system was likely to lead to the expulsion of some students who’d been falsely accused, OCR’s defenders replied that false accusations were hardly ever made (based on some pathetically weak research that the authors demolish) and that being expelled wasn’t really any harm to a student (another notion the authors disprove). As a result of using OCR’s system, several colleges have been sued in civil court and now find themselves paying out substantial settlements to students they falsely accused and expelled.

There are some beneficiaries to this mania, however—numerous Title IX administrators who have been hired to help keep peace with OCR. For example, UNC Chapel Hill hired seven full-time staffers at a cost of more than $540,000. It also paid $160,000 for a new sexual assault adjudication policy that goes even beyond OCR’s requirements in a quest for more guilty findings.

Companies that provide seminars for colleges so they can comply with OCR and “train” staffers in the “victim-centered” mindset have also made out very well.

All those jobs and expenses are unnecessary, additional costs that students and taxpayers must bear just for the sake of a politically useful myth.

Why not rely on the police? The authors show that when the police investigate allegations of campus sexual assault, they’re able to come up with far more evidence than campus adjudicators can. Sometimes that means convicting a true criminal who would have otherwise gone free and sometimes it means freeing an individual who would have been wrongly punished under OCR rules.

But if colleges relied on the police, the government’s power over them would dissipate, lots of jobs for progressive activists would disappear, and the well-cultivated myth that colleges go easy on sexual assault would be harder to sustain.

One of the most startling points the authors make is that the use of OCR methods actually undermines an important element of the justice system—Miranda rights. That is because OCR encourages schools to share evidence they’ve obtained without the presence of an attorney with the police, who can then use it if they press charges. “The major effect of this policy,” write the authors, is “an end-run around the accused’s constitutional right not to be subjected to custodial questioning by police without lawyers.”

It’s easy to see why so many law professors and civil liberties lawyers (such as Harvey Silverglate, who co-founded the Foundation for Individual Rights in Education) oppose OCR’s war on due process of law.

Free speech is collateral damage in that war. OCR has expanded its usurpation of power to demand that colleges crack down on any speech that could conceivably lead a hypersensitive student to complain of sexual harassment.

Johnson and Taylor have strong words for the journalists who write dishonest stories about campus sexual assault just because sensationalism sells. They have equally strong words for politicians who celebrate those false stories for their own political benefit. (Yes, they name names.)

And they have even stronger words for faculty and school leaders who are eager to pronounce male students guilty (sometimes even after they’re proven innocent!) simply because it advances their ideology and careers.

The Campus Rape Frenzy is a very important book, yet as John Leo points out on Minding the Campus, it has been ignored by the mainstream liberal media. The reason why, I submit, is that it’s too well researched and argued to refute, and too damaging to an element of the leftist narrative about how terrible America is to publicize. Thus, it must be ignored.

It must not be ignored, but read carefully by Secretary of Education Betsy DeVos and the new head of OCR. They have a lot of government overreaching to un-do.