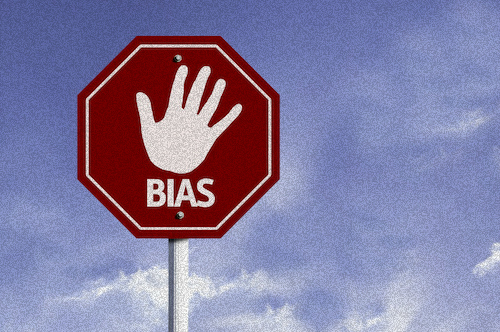 In their Atlantic article, “The Coddling of the American Mind,” Jonathan Haidt and Greg Lukainoff identified a troubling development on American campuses. They wrote, “A movement is arising, undirected and driven largely by students, to scrub campuses clean of words, ideas, and subjects that might cause discomfort or give offense.”

Instead of confronting statements, beliefs, and arguments that they dislike or don’t agree with, more and more students insist on avoiding them or, worse, trying to silence those who speak them. Students, along with accomplices on the faculty and in administration, have been successful in keeping outsiders from giving lectures because they don’t want to give a platform to anyone who holds views that clash with theirs.

The justification usually given is that presentation of “controversial” ideas would be too upsetting and must be suppressed. The latest example is the ugly, violent reaction at Middlebury College on March 2 when a mob prevented Charles Murray from giving a talk and later injured Professor Allison Stanger as she and Murray were trying to leave campus in a car.

At least, such incidents make news.

What seldom makes news, however, is another aspect of the suppression of speech—bias response teams (BRTs). Quite a number of colleges and universities have established them, at least 232 according to a new report by the Foundation for Individual Rights in Education (FIRE) and that number is believed to be rapidly growing.

When a college or university sets up a BRT, it establishes a formal process for soliciting reports from students, faculty, or staff about allegedly offensive speech or conduct. The team responds to complaints. That’s where the trouble begins, because the complaints usually involve speech that is protected under the First Amendment.

Colleges have always had procedures for students to report acts of violence or intimidation, as they should. Schools have a responsibility to shield their students against physical abuse and harassment, but bias response teams seldom do that; more often, they are turned into swords used against students or faculty members who have said something that happens to offend a student.

What makes that possible, the FIRE report shows, is the broad, sometimes almost unlimited definition of what constitutes a “bias incident.” Many schools have “catch-all categories” that are so vague that they cover speech that might offend anyone for any reason. “The net effect,” the report declares, is that these systems “invite scrutiny of student activists, organizations, and faculty engaged in political advocacy, debate, or academic inquiry.”

One of the serious defects in these systems is that they are for the most part entirely in the hands of students. In less than a third of BRTs are any faculty members involved. If there were, they might lend an adult voice for the importance of wide-open discussion of ideas. Most BRTs, however, are run by students who want to have a role in identifying and punishing what they perceive as “bias.” That makes this bad idea worse.

Furthermore, FIRE reports, in at least some instances schools have set up BRTs as a way of evading the legal decisions invalidating speech codes. Colleges that want to control free speech but don’t want to do so overtly are trying to get away with that by the covert means of calling it “bias.”

That same furtive behavior is in evidence with the way some schools try to keep their BRT activity hidden.

For example, the University of Oregon first stated that its records would not be made available because releasing them “would not be in the public interest.” Eventually, the university was compelled by severe public criticism to make its records available to FIRE, but the most damaging incidents had somehow disappeared. Some other schools put their BRT records behind password protection after they had come under scrutiny.

The meatiest part of the report is its examples of BRTs in action at schools across the country.

At the University of Northern Colorado, bias complaints were filed against two professors for having encouraged students to engage in debate in class over the issue of gay and transgender rights. The professors wanted students to confront opposing arguments they found “uncomfortable,” but at least two students preferred to whine to the BRT rather than debate.

At the University of Oregon, the BRT sprang into action after a complaint that the student newspaper was guilty because it gave insufficient coverage to students of color and transgendered students.

At the University of Texas’s flagship campus in Austin, a conservative student group was turned in for BRT investigation for having offending some students with its “affirmative action bake sale.”

In recent years, Halloween costumes have created a great deal of trouble on college campuses and they led to a bias complaint at the University of Wisconsin – Platteville. Students who had dressed up as the “Three Blind Mice” were hit with the allegation that their costumes could be offensive to people with disabilities.

Arguably the silliest of all bias complaints came at Colby College, where a professor was reported for having used the phrase “on the other hand.” That common locution might, you see, offend students with just one hand and was therefore “ableist.”

Not all bias complaints lead to action, but enough of them do to create a chilling effect on free speech. When students and faculty members know that they could face an investigation if they offend someone, the result is apt to be cautious speech or none at all. People may censor themselves once they know that an anonymous report against them will bring trouble. The report quotes former FIRE president David French who has written that BRTs create a “process is punishment” mechanism that can deter students or faculty members from speaking their minds.

At least there is some good news in the study. More than one college has either dropped or decided against starting a BRT. The University of Iowa, for example, turned thumbs down on a proposed BRT after looking at how ones at other schools were “punitive in nature” and turned into “scolding panels.”

The strongest argument against BRTs is that they reinforce one of the worst tendencies among American students—to complain about opposing views rather than to argue against them.

Young people should learn in their schooling (up to and including college) that when others express beliefs they disagree with, the right thing to do is to formulate an opposing argument. But when a college establishes a BRT, the message it sends is that the right thing to do when you encounter an opposing belief is to turn in the offender for re-education and/or punishment. That is educational malpractice.