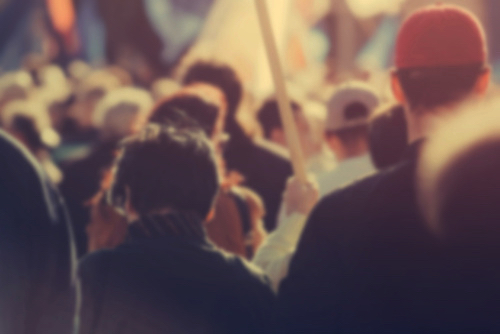 One of the ways the college curriculum has changed for the worse in recent decades is the rise of what David Randall terms “the New Civics” in a hefty report published in January by the National Association of Scholars (NAS). This is a development that should alarm Americans who care about the integrity of higher education, not to say the future of the country.

Randall, Director of Communications for NAS, observes that the old education in civics for Americans consisted of high school courses in which students learned the basics of citizenship, followed usually by a course or two in college that deepened their understanding of our law and governmental institutions.

The old civics, however, has eroded badly since the 1960s.

High school civics has mostly been replaced with mushy “social studies” classes that are often geared toward degrading everything about the U.S. And few colleges retain any core courses covering the old civics. A student who wanted such a course might have trouble finding one in the catalogue.

What has moved in to fill the old civics void at many colleges is “the New Civics.” Rather than informing students about civics, the New Civics has an entirely different purpose—turning students into activists. The main goal, the report states, “is getting students to engage in coordinated social action.” Sometimes that entails direct political action (such as the recent marches against Trump’s immigration order), but mostly it involves pushing students into volunteering for projects that promote leftist causes.

Randall emphasizes that the faculty and administrators behind New Civics are only interested in fostering one variety of civic engagement among students, namely “progressive.” Volunteer work and protest that does not advance the collectivistic goals of the progressive movement doesn’t count and is even discouraged, as Bill Felkner discovered when he tried to avoid left-wing engagement in his studies at Rhode Island College. (I wrote about his case here.)

The report devotes many pages to the history of New Civics. It began in the 1970s with the advent of “service learning” courses, which substituted larger and larger amounts of student activism in the community for real academic study.

Students who didn’t want to have to do a lot of reading and write serious papers could sign up for these courses and get high grades just for showing up and submitting a “reflection paper” about their feelings on their community work. That was consistent with the theories of John Dewey and Paolo Freire that it is better to have students do things that will help implant leftist beliefs than to teach them bodies of knowledge through books and lectures.

With that beachhead established, New Civics expanded steadily. Friendly administrators allowed it to colonize “residence life” programs, so that students were getting large doses of progressive ideology thrown at them even out of class. They also went along with the idea that certain amounts of “volunteerism” should be mandatory for graduation. Advocates for the New Civics have succeeded in diverting more and more money from other parts of the college budget into their programs.

In 2012, New Civics received a huge boost when the Association of American Colleges and Universities published a document entitled A Crucible Moment. It outlined and supported the objectives of New Civics by advocating that its courses be mandatory, requiring that all courses have some “civic” component, and ensuring that every faculty member is to some degree “civically engaged.”

Out of a sense of ideological solidarity, many college and university leaders have happily gone along with the program laid out in A Crucible Moment. Numerous “strategic plans” now speak about the importance of “infusing civic engagement” throughout the curriculum and campus life. By adroit use of Saul Alinsky’s tactics, New Civics is making progress toward a transformation of American higher education—away from the pursuit of knowledge and toward political indoctrination.

At CU-Boulder, by Randall’s estimate, more than $25 million annually is spent on New Civics. At least sixty courses have service-learning or civic engagement components while only eleven courses teach any of the old civics material. Randall’s evaluation of the university’s curriculum is ominous: “CU-Boulder’s distribution requirements conceal the insertion of a new core curriculum formed around progressive advocacy rather than around Western civilization or civic literacy.”

Students must complete the “Contemporary Societies” requirement, for example, which is “marbled throughout” with progressive advocacy courses, as well as the “Human Diversity” requirement, which has few courses that aren’t suffused with ideology.

The most glaring instance of New Civics at CU-Boulder is the International & National Voluntary Service Training program (INVST). It is, Randall writes, “the equivalent of a major in progressive activism,” and provides “vocational training to a dedicated corps of New Civics advocates”—around 200 students each year.

How bad is INVST? Listen to a bit of its Inclusion Statement and you’ll see. INVST is determined to advance “anti-oppressive education” by attacking “the privileged” and the idea that “information is unbiased.” It has a revealing list of “Campus Allies,” including the Ethnic Studies Department, the Environmental Studies Department, the Sociology Department, and the Office of Diversity, Equity and Community Engagement. Two of the courses in the program give students academic credit for designing and working on their own community service projects.

Another New Civics initiative at the school is the CU Dialogues program whereby leftist speakers are invited into a wide range of classes to “generate open discussion.” Through these “dialogues,” New Civics advocacy is spread into subjects where there is actually some body of knowledge (such as history and economics) and others where there isn’t (such as film studies and women’s studies). The point of this, Randall writes, is to “give progressive activists privileged access to for-credit classes.”

And, far as New Civics has gotten at CU-Boulder, there is more to come. The university’s planning document, Flagship 2030, declares, “By 2030, CU-Boulder will require at least two semester-long experiences tailored to complement academic coursework and cocurricular activities.”

The case studies at Colorado State and Northern Colorado show that New Civics has become well established at both, with progressive faculty and administrators pushing for more money and control. At Wyoming, New Civics has a foothold, but hasn’t spread nearly as far as at the Colorado schools.

What should be done?

The report recommends that colleges and universities restore a true civics curriculum including courses on Western Civilization, American history with emphasis on the Founding, and a course on The American Debate, which would introduce students to the big questions we have debated since 1787.

Equally important, schools should stop supporting New Civics in all its forms. Among the recommendations in this vein is that legislators prohibit giving academic credit for volunteer activity and that no public funds may be used to support community organizing or political activism.

Anticipating the objection that any move against New Civics is contrary to academic freedom, Randall correctly responds, “Academic freedom does not wall off existing courses or non-academic programs from external review, de-funding, and possible elimination.”

Getting back to the old civics and getting rid of the New Civics is an important part of the bigger project of restoring our colleges and universities to places of learning. In that, there is no room for courses or programs that “recruit students to political causes, create partisan resentments, or treat the ideals of any political movements as though they are the civic virtues themselves.”

That’s why New Civics must be uprooted.