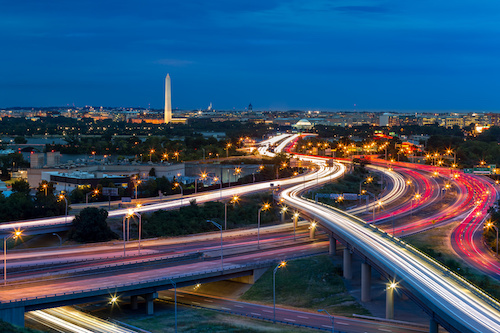 Assuming that Betsy DeVos, the new secretary of education, has sufficient commitment and stamina, she will change how her department addresses K-12 education. Her support of school choice through charter schools and voucher programs is well known.

DeVos’s department is also deeply involved in higher education, but the issues are different. What roils higher education are problems such as excessive costs, lack of intellectual diversity, faltering academic quality, federal overregulation, and threats to free speech and due process. DeVos must appoint a deputy undersecretary for higher education who will address those issues capably and with respect for individual freedom.

I recommend Richard Vedder for that job. Vedder is an emeritus economics professor at Ohio University, an accomplished and prolific writer on higher education issues, and a genial provocateur who will stand up against political correctness.

Vedder has a solid pedigree in higher education analysis—even though he was an academic economist for nearly 40 years before plunging into the study of higher education. His 2004 book, Going Broke by Degree, was prescient; it was the start of a wave of trade books undermining the assumption that all is well in our colleges and universities.

Soon, he was appointed to the Spellings Commission on the Future of Higher Education, which issued a report in 2006 that severely criticized higher education. Named for Margaret Spellings, the education secretary under George  W. Bush who authorized it, the commission sounded an alarm. It cited “a lack of clear, reliable information about the cost and quality of postsecondary institutions” and found a “remarkable absence of accountability mechanisms.” Its message was tough enough to win opposition from both the university establishment and the Left.

Vedder was more libertarian than most of the commission, but he got along with the other members, probably because he listens to what others say and because he has an engaging sense of humor.

One of his favorite introductions to speeches is to put down economists (of which he is one). It goes something like this: economists are 1) often wrong, 2) deadly boring, and 3) perceived as cold and heartless. He gives some humorous examples of the errors economists have made, such as the famed economist Irving Fisher’s saying that the stock market was on a “permanently high plateau” just weeks before the crash of 1929. But Vedder is neither boring nor heartless and so far has not been proven wrong.

The Spellings Commission was just the beginning of Vedder’s rise to fame as an iconoclastic critic of higher education. For over a decade, his Washington, D.C.-based organization, the Center for College Affordability and Productivity, issued report after report on subjects ranging from athletic subsidies to for-profit colleges. (On the latter topic, he bravely defends for-profit schools for the innovation they have brought to higher education.)

In issuing these reports, Vedder always gave credit to the “whiz kid” graduate students who helped him.

In 2008, he and Bryan O’Keefe, a law student, wrote a farsighted paper, “Griggs v. Duke Power: Implications for College Credentialing“ (published by the Martin Center). They pointed out that a 1971 Supreme Court decision had virtually eliminated general aptitude tests in business because such tests might have a “disparate impact” on some ethnic groups that did not score as well.

The Griggs v. Duke Power ruling put companies on notice that they could be sued if they relied on such tests. As a result, O’Keefe and Vedder argued, companies began to use college credentials as a legally safe substitute for aptitude tests. That contributed to the surge in college attendance and made it more difficult for capable young people to get jobs without a degree. (The newspaper columnist George Will devoted an approving op-ed to the paper.)

That same year, Forbes magazine unveiled a new college ranking system designed by Vedder. The goal of these rankings was to counter the “input-oriented” metrics of the famed U.S. News & World Report college rankings. So, for example, instead of measuring how much faculty are paid or the school’s reputation (as U.S. News does), Vedder ranks schools on outcomes such as graduation rates and alumni success as well as the debt their graduates have to carry.

Vedder’s opinions on higher education topics are libertarian-leaning but based on facts—even though establishment figures may have a hard time accepting them. For example, his 2012 “Twelve Inconvenient Truths about Higher Education” included his finding that public universities do not promote prosperity: “I have empirically demonstrated that states that spend more on their state universities actually have lower rates of economic growth than those spending little,” he wrote. That punctures the usual claim that expanding universities will automatically lead to mini-Silicon Valleys.

Another truth is that many students do not graduate—only 57 percent of all students at four-year schools graduate in six years, according to federal statistics. “While part of the blame probably falls on mediocre quality primary and secondary schools,” Vedder wrote, “some of the problem occurs because we push lots of students to go to college who have little prospect for success.”

Indeed, along with the Martin Center’s George Leef, Vedder has been a leading challenger of the glib assumption that everyone ought to go to college because that’s the only way to success. As Vedder wrote, “Today, we have over 16,000 parking lot attendants with bachelor’s degrees, not to mention over 83,000 bartenders and 115,000 janitors.” Those graduates might well have been better off working and saving money rather than spending (and probably borrowing) for college.

This is just a sampling of the contributions Vedder has made to the fresh thinking so needed in higher education today.

Betsy DeVos would be wise to appoint a person who 1) understands how higher education works and the role that the federal government plays, for good or ill; 2) knows the priorities for change; and 3) has the imagination and sense of humor to disarm his foes and even turn them into allies. That’s Richard Vedder.