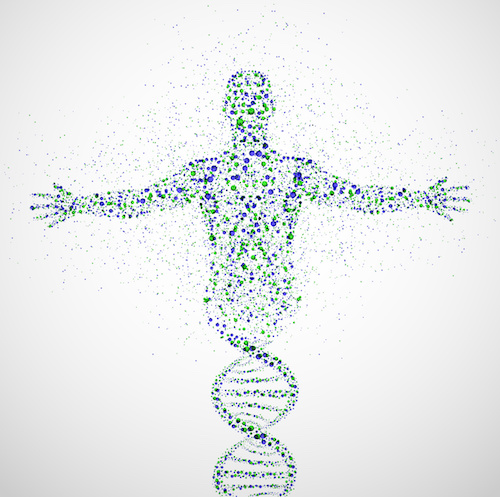 James Gates Jr. is a theoretical physicist renowned for his work with supersymmetry, supergravity, and string theory. The University of Maryland professor says he prefers to shun publicity, but his curriculum vitae boasts of many accomplishments and honors, including service on former President Obama’s Council of Advisors on Science and Technology.

He also is an engaging speaker, as demonstrated Feb. 9 when he delivered N.C. State University’s 2017 diversity lecture. His presentation was a defense of the value of diversity in higher education through the lens of evidence-based and scientifically enabled deduction.

Gates mixed a thought cocktail of little-known history (Yale-educated Edward Alexander Bouchet was one of the first 20 people in the United States to earn a doctorate in physics, and the first African American to earn a Ph.D.), discussed Albert Einstein’s science and support of civil rights, and poignantly dissected political and social norms. He also was not averse to self-effacing humor.

“I’m a useless kind of physicist,” he said impishly. “The real physicists are the people who do the things that lead to things like iPhones and apps.”

But his talk mostly centered on his theoretical journey to critically analyze the usefulness and legitimacy of diversity in higher education.

That pursuit was sparked 20 years ago by what Gates said he found to be “a fascinating question” from a “young academician of color” about why affirmative action programs were needed. “Rather than just brushing the question aside I spent about two years thinking about it because that’s what professors do.”

That deliberation ultimately resulted in the essay “Equity vs. Excellence: A False Dichotomy in Science and Society.” It was entered into the record of the U.S. Supreme Court case Fisher v. University of Texas at Austin.

Fisher, a white woman, sued the university, saying she was denied enrollment due to race-conscious admission policies. The university’s affirmative action program ultimately was upheld in a 4-3 Supreme Court decision in which the majority opinion said:

Considerable deference is owed to a university in defining those intangible characteristics, like student body diversity, that are central to its identity and educational mission. But still, it remains an enduring challenge to our Nation’s education system to reconcile the pursuit of diversity with the constitutional promise of equal treatment and dignity.

That is the latest ruling among a string of Supreme Court decisions attempting to more clearly define how race may be carefully considered as one of several permissible factors in college admissions so long as it advances a compelling government interest.

Narrowly crafted racial considerations in admissions differ from prior racial quotas that set aside a guaranteed number of enrollment slots in a two-track system, which set lower academic standards and fewer competitive components for minorities. Quotas were devised in the belief they would correct historical discrimination and help disadvantaged populations.

A one-time advocate of racial admission quotas who was “outraged” over the Regents of the University of California v. Bakke case in 1978, in which the U.S. Supreme Court ruled affirmative action was legal but racial quotas were unconstitutional, Gates said with time he realized the Court “got it exactly right.”

“As a matter of fact strict quotas should never be used,” Gates said, adding the reason is obvious to scientists: “I want the best people to come in my discipline to help me do the science.”

Using strict quotas “means you’re not necessarily looking at the issue of the most effective potential scientists out there,” he said, cautioning that is not an argument against diversity.

So in attempting to answer the young academician’s question about affirmative action, Gates said, he looked for clues in natural law, starting with genetics.

Everyone’s genomes are slightly different, and “that’s extraordinarily important” because if the environment changes, and our human life is challenged by some new pathogen or other malady, the fact that “we all have slightly different genomes [means] some of us are going to survive, and that’s what the species cares about,” Gates said.

“So it’s clear that nature actually puts a premium on diversity from this example,” he said.

Next he attempted to bring that foundation to human social behavior.

“The first example that came to my mind was rock and roll music,” Gates said. As a frequent world traveler, he recalled being in Stockholm decades ago and seeing a young blonde-haired, blue-eyed Swedish boy imitating R&B singer James Brown. Years later in Poland on his way to a lecture he heard rap music coming from the front of the bus.

“So once again we see the power of American music to grab the attention of people around the world,” Gates said.

The ever-evolving American musical form blends European and African styles “very much like a biological process” of crossbreeding two traditions, he said.

“It’s diversity. That’s really what we’re seeking when we talk about these policies like affirmative action,” Gates said.

“It’s the diversity of the thinking styles of the people who will engage in the intellectual conversation just like our musicians composing back and forth. That’s the thing that’s of such great value that we should think about changing some of our traditional practices,” Gates said.

He then looked to the hard sciences to test his theory. Even in physics he found distinct styles linked to national origins in scholarly papers.

He said mathematicians “are the hardest group I know to make this argument to,” but they could look back 100 years and see mathematics was done in a very different style than it is today.

Once an admission is made that style exists in technical disciplines, Gates said, there should be a recognition that diversity “will be the handmaiden of innovation. So that’s what we’re after really.”

Most scientists don’t concern themselves with diversity, he said. Rather, they seek effectiveness and the ability to solve problems.

“If you want to enhance the innovation that goes into solving problems then you should be someone who fosters, who fights for diversity because it’s important to what you claim is your central practice in life, which is pushing knowledge to its boundaries,” Gates said. Diversity, he argues, is the mechanism that allows that.

And to that end, he advocates a policy that many universities are adopting—”holistic” assessment of potential new students in the admissions process.

“That means it’s not just about the numbers. It’s really about a deeper dive in trying to get to know the potential of the students,” Gates said during an interview after his lecture. For example, he said, when he went to MIT part of the admissions process included being interviewed by an alumnus called an educational counselor.

“And so it’s not just that they’re looking at your board scores, they’re trying to look at you…and I think that’s actually the best way to go,” Gates said. Critics argue it’s more complicated, time-consuming, and expensive, he said. They criticize its subjectivity.

But Gates argues there is subjectivity in what he views as “artificial metrics” in traditional admissions policies as well, whether it is giving weight to class ranking, entrance essays, extracurricular activities, the SAT, or other standardized test scores.

As a scientist, he said, he recognizes “there is no such thing as a perfect measurement.” So if one student gets a 650 and another gets a 640 on a test score, “How confident should I be that those two differences are significant?”

In quantitative science two numbers are used. One is “our best attempt to measure whatever the quantity is,” and the second number is called the uncertainty, Gates said.

“So in educational policy,” he said, “to have this pretense that you are able with infinite precision to measure the potential of people coming to you flies in the face of a fundamental principle of science.”