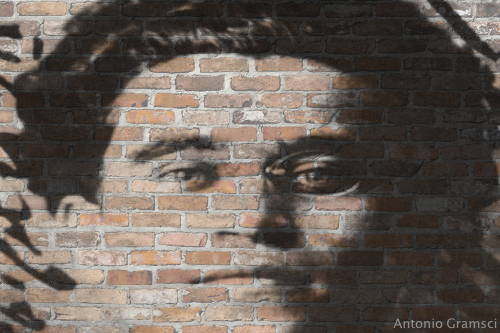 Much as Martin Center readers may disparage Marxism, there is one author who deserves our attention. Antonio Gramsci was an Italian Marxist who lived and wrote around the turn of the century, and his most important contribution was to a theory of cultural hegemony, one that explains why the academic Left is so up in arms about Trump’s election.

The idea of cultural hegemony is well known today, but used in such a vague and clichéd way that it deserves a fresh look. Gramsci’s point is that raw power only succeeds within a discourse that legitimizes it. That discourse doesn’t need to be logically or factually correct, but it needs to create a shared understanding that legitimizes the exercise of power. For example, since 9/11, rhetoric exaggerating the danger of terrorism has been used to justify curbing Americans’ civil liberties.

Since those already in power employ the intellectual class to justify their own positions, anyone seeking change must create space for an alternative discourse, one in which the marginalized can imagine that change is possible. Thus, the “counter-culture” was born. With slogans like “don’t trust anyone over thirty” and “question authority,” radicals in the 60s and 70s cracked open the previously dominant discourse and made it possible for others to believe in their vision for society.

The 70s ended a long time ago, but Gramsci’s heirs today dominate college faculties, social media, and newsrooms. In short, progressives now control cultural discourse. No matter how much academics cling to their fantasy that they are “speaking truth to power,” the counter-culture isn’t “counter” anymore—it’s the status quo.

Justified by that discourse is the concrete exercise of power: the monolithic left-wing attitudes of federal workers who make law in today’s administrative state. Directly or indirectly, the State now makes its presence felt in every corner of our lives, and progressive discourse rationalizes it all. The academic Left now provides an apologetic for State control over ever more of Americans’ daily lives, just like the medieval theologians that justified Church control.

Take the opposition to Betsy DeVos’s nomination for Secretary of Education, for example. She and her supporters understand her agenda as a reaction to the failure of public education—a system that traps those at the bottom in a cycle of poverty while protecting those in power, like school administrators and families who can afford to move out of underperforming districts.

Instead of confronting this argument directly, the Left stigmatizes anyone who challenges their position. Even prior to this election cycle, an article by Professor Terran Lane in the Chronicle of Higher Education referred to inadequate enthusiasm for spending tax dollars on public education as “…a terrifying trend in this country right now of attacking academe, specifically, and free thought and intellectualism, generally,” and one can find plenty of similar examples.

The crucial point here is how Professor Lane conflates two different things: education itself, and the interests of those whom the current system empowers. Labels like “anti-education” and “anti-intellectual” protect educators’ self-interest by delegitimizing alternatives they don’t dominate.

That way, speakers can render impossible debates about the best ways to educate 21st Century American children by preemptively asserting that alternative visions of education are, in this looking-glass world, actually schemes to prevent education.

No need to address critics’ arguments. No need to wonder whether more government spending is really the best answer. By excluding critics from acceptable discourse, one can prevent the American people from even imagining alternatives—exactly what Gramsci insisted those in power would always try to do.

And education is just one example of a widespread practice. A colleague of mine once told me that those (like me) who applauded Justice Scalia’s jurisprudence did so because we want a return to the racial politics of the 1780s.

Anyone familiar with the arguments for small government—some of which were old before Columbus sailed West—knows how silly such charges are, but Gramsci helps us understand why a left-wing professor might make them, and perhaps even believe them. If the racist label sticks, it prevents well-meaning individuals from even imagining a world in which the State returns power to citizens.

Again, notice how this protects the interests of those in power. Four of the five richest counties in the U.S. are now suburbs of D.C.—enriched by profiting off the government’s extensive control over the economy. How can this inequality be justified and protected? By calling critics racist, of course.

In fact, I think this explains much of why the professoriate is so inflamed over Trump’s election.

He is no radical conservative; he’s a former Democrat who once donated money to Hillary Clinton’s senate campaign. But by his—and his associates’—disregard for the limits the Left tries to set on permissible thought, he’s creating space for a new counter-culture. When Trump publicly shrugs at progressive shibboleths, it empowers others to imagine alternatives, just like the 60s slogans did.

In short, he directly attacks professors’ (and the media’s) usefulness to those holding real power.

That makes 2017 an exciting time for conservatives, especially in academia. I imagine this is what the 60s radicals felt like, knowing that by our lives and our teaching we open others’ eyes to alternatives that those in power try to stamp out.

I don’t know what policies Trump will pursue as president, but his campaign and election have already accomplished something important by empowering a new counter-culture. The academic Left will bring out their tired old smears and attack the ethics and motives of their opponents, but the election suggests that more and more Americans see those insults for the self-serving rhetoric they are.

For the sake of our students’ education, let’s make the most of this chance.

Academics and the Reproduction of Cultural Hegemony