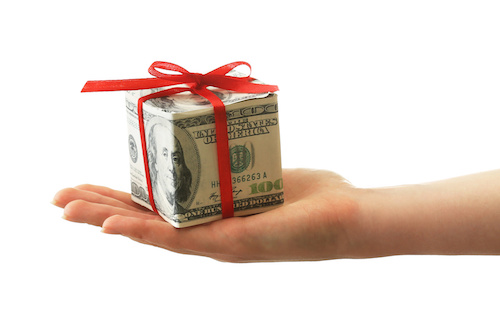 During his presidential campaign, Donald Trump argued that requiring wealthy universities to spend more of their endowment funds on tuition aid would reduce students’ financial burdens.

Whether implementing that idea—which has floated around Congress since 2008—would lower college costs on the whole is doubtful. And, in my view, the federal government is already meddling too much in university policies.

Nevertheless, Trump raised an important issue when he discussed endowment spending at a campaign stop in September. Universities, by hoarding their donations, may not be serving the best interests of students and benefactors.

To unpack this issue, I would like to ask a fundamental question: why do universities have endowments, anyway?

He concluded that there are just two legitimate reasons for a university endowment—a school needs a “rainy day” fund (within reason; not a fund worth billions of dollars), and sometimes donors want their gifts to produce income in perpetuity.

But otherwise an endowment, which spends only a small percentage of its income each year, accomplishes less for a university’s mission than would making investments in education today—through scholarships, tuition reductions, research, or hiring professors. Currently, many endowments hold back millions—and at some elite schools, billions—of dollars for the future.

“The task of preserving financial wealth for future generations is for a trust company, not a college,” wrote Fried, criticizing schools’ tendency to stockpile donations. “Colleges and universities best serve future generations by devoting their resources to their educational mission in the present.”

For illustration, suppose that instead of using only part of a $1 million gift’s earnings to parcel out one $30,000 fellowship per year, a university spends the entire million on fellowships, scholarships, or research, today. Those benefiting from that immediate spending may well become donors in the future, with their gifts potentially multiplying that $1 million many times over. And if the research pans out, its benefits will come much sooner.

President-elect Trump and analysts such as Fried are not alone in their belief that endowments should provide more immediate payoffs. Earlier this year, Senator Orrin Hatch and U.S. Representatives Kevin Brady and Peter J. Roskam, citing the apparent disconnect between schools’ having large endowments and tuition increases “far in excess of inflation,” asked 56 well-off colleges for details about their endowments. The responses, while often elaborate, revealed only vague justifications for them.

“Providing budgetary stability,” wrote Dartmouth College in its response, “benefits the institution today, while preserving the purchasing power of the endowment ensures that education and transformational research continues for generations to come.” But these are only talking points.

A more accurate statement would have been that such an approach ensures less education and less transformational research for generations to come. The university as trust company limits purchasing power in the long run, since disbursements for, say, tuition assistance and new science equipment trickle out slowly and in relatively small sums.

Duke University was even less persuasive defending its roughly $7 billion endowment. President Richard Brodhead claimed that its “prudent management” and “judicious spending” allow the university “to weather near-catastrophic situations, such as the crisis of 2008, when the…endowment lost 25% of its value.”

Duke’s argument seems to be that having an endowment protects against…the loss of the endowment. Such a circular defense appears to be little more than smoke-and-mirrors to keep federal officials off the backs of university officials. Besides, some perspective is needed if an endowment losing 25 percent of its value is considered a “near-catastrophic situation.”

Consider a truly catastrophic situation: the impact of Hurricane Katrina on Tulane University in New Orleans. The devastating 2005 storm damaged much of the campus, forcing the school’s closure for a semester and the demise of its women’s school, Newcomb College. Recovery costs totaled $500 million.

In the aftermath, however, nothing happened to Tulane’s endowment. Its latest annual report indicates that it has $1.171 billion. A chart showing the endowment’s growth since 1986 looks like a climb up a high, craggy mountain range, starting at $200 million. There were major declines only in 2002 and 2008, and those cannot stem from Katrina.

While Tulane spent a lot of money on recovery, the Times-Picayune says that the school received from the federal government $153 million, from its insurers $137 million, and from the Small Business Administration a loan of $1.5 million. Most likely, alumni and other private donors provided considerable recovery funding as well (although there was strong pushback against the closing of Newcomb College).

The fact that the school’s endowment stayed intact in no way minimizes the impressive efforts that Tulane took to bring back its school as well as to serve New Orleans. But it does raise the question of what really is the need for such a large endowment if it isn’t required after a true catastrophe like Katrina.

While Vance Fried critiques the buildup of massive endowments, he doesn’t treat school officials as purely self-serving, suggesting that they just “haven’t thought it through.“ On the other hand, Frederic Fransen, founder of Donor Advising, Research & Education Services, which helps negotiate gifts to colleges, is not so lenient.

“One of the reasons universities like perpetual endowments is they provide a way of laundering restricted gifts into unrestricted funds through their high and often hidden [administrative] fees,” he wrote in a 2011 Philanthropy Daily article.

Take, for example, Rutgers University. It says that its fee “represents a 1% charge to the average market values of the pools over the past 13 fiscal quarters since the last closed fiscal year.” One percent may seem small, but not in the context of endowments worth millions and billions. Such a fee can grow very large after a few years—without incurring any obligation to serve the donors’ purposes. It can be used for whatever the school wants.

In a 2008 article for Worth, Fransen calculated the value of fees from a hypothetical $1 million donation over a 75-year period. He found that after 75 years (using plausible assumptions), a 1 percent administrative fee would add $2.83 million in present-value terms. The university would have earned nearly three times the original donation—funds that it could use for unrestricted purposes while still meeting its obligation to pay out 4.5 percent of the growing $1 million gift.

Furthermore, long before the 75 years has passed, the university may very well have changed the use of the original $1 million donation. Fransen explained, “After 75 years and innumerable staff changes, whatever restrictions I put on my gift will probably be forgotten and the money repurposed….” A $1 million gift to establish the “Fransen Chair in the Study of Israeli Democracy” could end up supporting a course called “Israel: Bellwether or Bully?” he lamented.

In other words, the potential for mischief in university endowment management is nearly limitless. As Fransen wrote in an email, “the real shenanigans occur not in the structure of the agreement, but in the shifting adherence to donor intent.” But that is another story. Fransen’s figures, and Vance Fried’s arguments, reveal that the benefits of even a properly administered endowment are doubtful.

It would be best for schools to voluntarily start paying out more—or, even better, to stop trying to get their donors to provide funds in perpetuity. There seems to be a competition for which schools can get the most money into their endowment, when the competition should be over providing the best education.

If universities continue hoarding, taxpayers and politicians should question the need to keep giving universities additional funding through student aid and research grants.

And donors should stop giving “in perpetuity” unless whatever a college does with their money is okay with them.