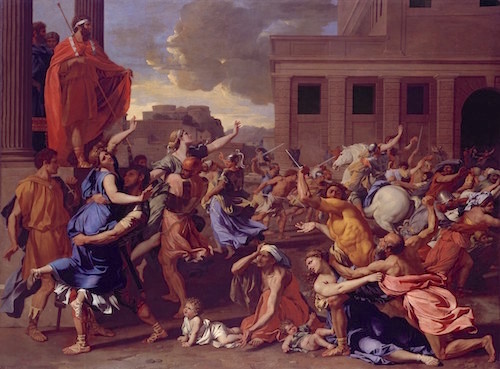 Many people believe that the nation’s college campuses have become hotbeds of sexual assault. In June, after a student at Stanford University was convicted of rape but given a light sentence, Vice President Joe Biden wrote an open letter to the female victim:

You were failed by a culture on our college campuses where one in five women is sexually assaulted—year after year after year. A culture that promotes passivity. That encourages young men and women on campuses to simply turn a blind eye.

The statistics on college sexual assault haven’t gone down in the past two decades. It’s obscene, and it’s a failure that lies at all our feet.

Let’s make something clear right from the start: Rape is caused by rape culture. … Rape culture is so entrenched in our society, and its components so ubiquitous, we may sense that something doesn’t taste right, but be at a loss to pinpoint the problem.

Wendy McElroy will have none of this. She says that the chances of being raped are more like one in a hundred per year for college women (or 4 percent during a student’s four years).

In addition, the prevalence of rape is on the decline, and “rape culture hysteria” is destroying the lives of male students by denying them due process and damaging women by teaching them not to protect themselves.

McElroy has written a book, Rape Culture Hysteria, to make her case.

She contends that “social justice warriors” are creating hysteria about a non-existent rape culture in order to “impose a specific ideology that legally disadvantages one class of people (white males) in order to benefit others.” The rape culture, she says, is a Big Lie (a reference to George Orwell), and a popular delusion (a reference to Charles Mackay’s book Popular Delusions and the Madness of Crowds).

Well-known in libertarian circles, McElroy considers herself a feminist and respects what she calls “individualist feminism,” which developed out of the anti-slavery movement in the 19th century. Those feminists “championed human rights while insisting that people shoulder responsibility for themselves,” she says. “The current movement is a mockery of itself.”

To puncture the claims that rape is frequent, McElroy presents an exhaustive analysis of available statistics. Four major studies and three minor ones, all produced by federal agencies, have attempted to calculate the prevalence of rapes. The definition of rape varies widely—one of these studies even counts “rape by deception,” or having sex “with someone because he or she lies to you.” And the study techniques range from a review of police statistics to online surveys.

Certainly, there are rapes on campus. The famed 1-in-5 statistic (more precisely, the claim that 19.8 percent of female seniors have been raped during their college years) comes from an online survey conducted at two universities by the National Institute for Justice (part of the Justice Department).

That number combines rape and sexual assault, both completed and attempted; assaults can include just forced kissing or grabbing. (The authors of the study say that figures for rape alone over four years, completed or attempted, would reduce the figure to 14.3 percent or 1 in 7 female students.) McElroy points out that only 42 percent of the surveyed women responded to the survey, even though they were offered a $10 Amazon gift certificate and an iTunes song download.

At the other extreme is the National Crime Victimization Survey, an annual survey by the Bureau of Justice (another arm of the Justice Department). It does not count as rape a situation in which one of the partners is incapacitated by drink or drugs—frequently the case when someone is accused of rape on campus. The survey found in 2013 that the rate of rape or sexual assault was 4.4 per 1,000 female students or less than half a percent in that year (or, estimated over four years, still less than 2 percent).

So, one study includes forced kissing (and has a low survey response), and the other doesn’t include rape when the victim is intoxicated. McElroy calls the findings from these studies “an onslaught of confusion.” But at the very least, she adds, “statements like the one by Vice President Biden are misleading and unnecessarily alarmist.”

Perhaps the most important part of the book is her discussion of the negative impact of rape culture hysteria, as her subtitle, ”Fixing the Damage Done to Men and Women,” suggests.

First, there is the elimination of due process for the accused. Protections for accused men were swept away in 2011 when the Department of Education’s Office for Civil Rights (OCR) issued a “Dear Colleague” letter that mandated certain rules when on-campus rape accusations were made.

The biggest change was to instruct schools to use the civil-suit standard in assessing guilt: a person is guilty if the “preponderance of the evidence” leads to that conclusion. This is a much weaker standard than the criminal standard, which requires a judgment of guilt “beyond a reasonable doubt.” The department contends that since an on-campus guilty verdict can at most lead to a student’s expulsion, not incarceration, the easier standard is justified. Yet McElroy observes, “the permanent notation in a student’s records can haunt him for life.”

In addition to affecting the future of men who may be falsely accused, what are the impacts on women? Perhaps the most interesting is that the “rape culture” hysteria discourages women from protecting themselves.

Self-defense “used to be a matter of common sense,” says McElroy. “People avoided walking down alleys at midnight in high-crime areas. They bolted the door behind them at night. They…did not pass out drunk in a stranger’s apartment.” But to bring this up is called victim-blaming. There’s a feeling that a woman should be able to do whatever she wants, including drinking heavily, without fear of assault. If she can’t, it is the fault of the “rape culture.”

McElroy’s book emerges at a time when things may be changing slightly. The Department of Education recently settled a complaint with Wesley College in Delaware for failing to provide a male student due process when he was accused of sexual misconduct. According to Inside Higher Ed, this could be the first out of nearly 200 Title IX investigations to go after a school for failing to provide due process for the accused.

There is also some pushback from faculty. Law school faculty at Harvard and the University of Pennsylvania have chastised the Department of Education for misusing Title IX. Says McElroy, “Merely rolling the provision back to the status it enjoyed before the dear colleague letter (pre-2011) would be a sharp turn toward sanity.”

And yes, we could use some sanity on campus.