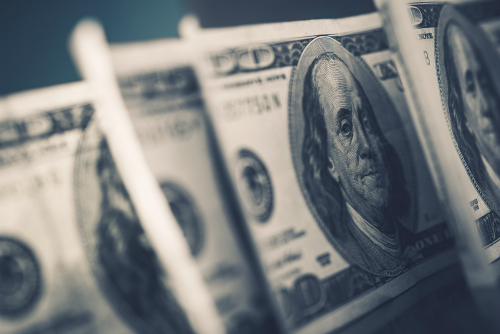 In a typical week, I get four or five inquiries from media relating to some higher education issue. Five years ago, perhaps five or ten percent of those inquiries related to university executive compensation, especially the salaries of presidents. Now, probably 40-50 percent of the queries are on that topic.

The public is increasingly interested in and incensed about sharp increases in the pay of top university officials. Those increases seem hard to justify at a time of high tuition fees, when more colleges face a shaky financial future as enrollments level off or decline and taxpayer and philanthropic contributions stagnate, and with a national economy whose growth is trending sharply downward (annual output rose around 3.6 percent annually in most of the 20th century, compared with about 2 percent now).

Michigan’s new president starting in 2014-15, Mark Schlissel, was given a $750,000 base pay (25 percent more than Coleman), with all sorts of additional perks, such as a $100,000 annual “retention bonus.” I am jealous—I am in my 52nd year of teaching at Ohio University and yet have never received a retention bonus.

The Michigan experience is quite typical. Governing boards are in a frenzy to raise pay of top executives across the country. A recent report by the Chronicle of Higher Education found that the most highly paid college president in the country is Renu Khator at the University of Houston. She receives $1.3 million in total compensation. Four other presidents bring in more than $1 million.

The Board of Governors of the University of North Carolina approved nice raises for the chancellors of the various UNC campuses about nine months ago; now, for most of the chancellors a second raise within a year is forthcoming—in some cases, the percentage increase is double digits. (See this Pope Center article for the details.)

Moreover, this discussion probably understates compensation increases. Many university presidential contracts today have buried within them sizable deferred compensation payments coming at the end of the presidency. For example, when Richard Levin retired from the Yale presidency a few years ago, he received a walloping $8.5 million as a goodbye present.

One might argue that these lofty earnings are justified because university presidents have stressful jobs, that a successful president can bring in millions more revenue for universities, and that presidential pay is a trivial factor in explaining tuition inflation. (Schlissel at Michigan or Margaret Spellings at North Carolina earn an amount far less than $20 per student.) Moreover, it is true that university presidential pay pales in comparison with that of major corporate CEOs, and running a university is almost as complicated and daunting a task as running a large business.

Universities are given a privileged status in our society—they receive tax receipts rather than make tax payments. For all the publicly provided privileges they receive, their leaders are expected to act like public servants serving the public good—deriving considerable satisfaction from providing public service while living a very comfortable material life.

The salary of the Pope or the U.S. President has not gone up in recent years, and we still have little trouble filling those positions (although arguably the quality has deteriorated a bit). The commandants of our prestigious military academies make a small fraction of what the new breed of million dollar presidents make—yet they serve proudly.

Also, there are considerable negative spillover effects of paying university presidents a lot. First, there are domino effects. If trustees give the university president a big raise, they feel the need to do the same for the provost, the chief financial officer, and other key officials. A $100,000 presidential raise will end up costing several times that amount.

Regarding public universities, legislators and governors who make relatively modest salaries are angered by big presidential pay increases. It may not be a coincidence that the decline in state legislative support for universities over the past decade has occurred simultaneously with big increases in presidential pay. Why should state officials give universities more money if they are going to use some of it to engage in aggressive rent-seeking and paying people more than necessary for them to do their job?

Is there any correlation between university presidential pay and university performance? Not that I can ascertain. The University of Houston pays its president roughly double what the University of California does—double the pay, one-half the reputation or responsibilities.

My hero among university presidents, Mitch Daniels, did something interesting when he assumed the presidency of Purdue University in 2013. He asked the governing board for a contract with a smaller salary than his predecessor, but with several opportunities for bonuses if he achieved certain performance objectives.

Other governing boards should consider that idea. If fundraising increases or if the president presides over a school whose reputation is generally rising or per student costs are falling, a bonus is in order—but it requires achievement.

A big problem with performance-based compensation, however, is measuring presidential achievement. There is no good bottom line. Did the University of Houston do well in 2015-16? How would you know? Are the students getting better? Are they learning more? Indicators of performance are few.

Furthermore, presidents control information flows to their governing boards, giving them lots of good news but often suppressing it if bad things are happening such as the decline in magazine rankings, evidence of mediocre employment figures for new graduates, etc. The board is led to believe that its president is uniquely able to shape the institution positively, on time and under budget. Most of the time that is simply not the case.

Another problem is that new presidential pay is often inflated because lazy governing boards rely too much on search firms, firms that are sometimes paid a fraction of one year’s presidential salary.

I do not have easy solutions. As long as governments drop money out of airplanes over campuses and trustees receive only Pollyanna-ish disinformation on the state of the university, the trend will continue. Few university presidents are truly superstars, well above average in their performance, but many are paid as if they were.