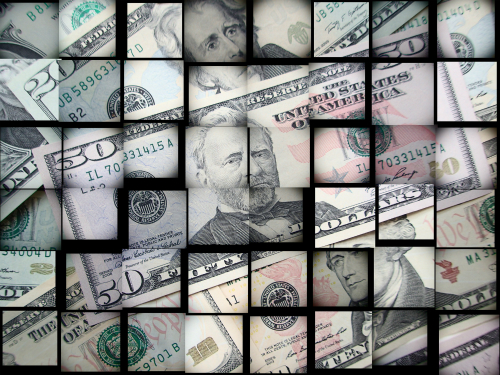 In 2014, North Carolina State University became the new home for PowerAmerica, a $140 million dollar project aimed at promoting research in the advanced electronics industry. Just two years later, NC State is back in the headlines, this time with a focus on energy.

President Obama recently announced that NC State will be home to one of five regional hubs for the Department of Energy’s Smart Manufacturing Innovation Institute (SMII). This nearly $800 million dollar project—$140 million of which is going to NC State—is intended to “spur technological innovation to improve the efficiency of advanced manufacturing.”

In layman’s terms, SMII is designed to help high-tech, advanced manufacturers lower costs, use less energy, and minimize the environmental impact of production. As head of the southeast region, NC State will be tasked with finding solutions to energy-related issues in fields such as carbon fibers, primary metals, and pharmaceuticals.

But while this public-private partnership has placed NC State in the limelight, it’s unlikely to accomplish much in the long run in terms of spurring innovation or helping the overall university community. Its benefits, if any, will likely filter to a handful of well-connected corporations and an academic department or two. The idea underlying this partnership is flawed, and it should be viewed with great skepticism by students, faculty, and taxpayers.

In order to invigorate our economy and promote things such as “clean energy,” the thinking goes, the federal government must step in and create hubs that connect industry with top research universities. According to Paul Cohen, head of the department of industrial and systems engineering at NC State, one benefit of SMII is that it will reduce the time it takes for advanced manufacturers to implement breakthroughs resulting from university research.

Whether NC State’s partnership will produce such a benefit remains unclear. What is clear is that the private sector is hardly in need of this kind of research and development subsidy.

On average, large corporations—which interestingly include many of SMII’s industry partners, such as ExxonMobil, Northrop Grumman, and Microsoft—individually devote $1.4 billion annually to R&D. In other words, the resources going to SMII are negligible when compared to private dollars already being devoted to innovation.

There also is little reason to believe that these research hubs will “radically” improve the targeted industries, as the press release touts. The reason why private enterprise spends so much on research in the first place is that the vast majority of new products and advancements fail, regardless of how enthusiastic researchers or government officials may be about them.

NC State’s 2014 partnership with the Energy Department, PowerAmerica, illustrates this point. Much like SMII, its aim was to partner academia and industry (in this case, to advance the use of energy-efficient electronics, specifically wide-bandgap semiconductors). But despite the continued enthusiasm of the federal government, many question these semiconductors’ viability, and their full-scale implementation remains nowhere in sight.

PowerAmerica highlights an important point: universities rarely perform well when they try to take on the role of corporate partner. Though there are many other examples from which to choose, one need only look at the University of South Carolina’s “Innovista” campus to see how easily the best-laid plans of officials can go wrong. Innovista was a $100 million project that, even after 10 years of trial and error, never materialized. Today it is widely regarded as a failure.

(Of course, the Energy Department, which is backing SMII, also has a less than stellar track record when it comes to related projects. Solyndra, the solar panel manufacturer that received $535 million in federal loan guarantees, filed for bankruptcy in 2011 and, because of continued bailouts, has likely cost taxpayers substantially more money.)

This lack of success is unsurprising given that such public-private partnerships are dependent on numerous and often interdependent factors beyond the control of colleges’ would-be central planners. The Pope Center’s Jay Schalin confirmed this in his 2010 report, State Investment in Universities: Rethinking the Impact on Economic Growth.

“Success from research is highly random. A state can invest many millions on university research without any return, or—in contrast—a lone professor with little or no grant money can make a discovery that leads to many millions in future tax revenues for the state,” wrote Schalin. When we consider the luck and external factors at play in public-private research ventures, the confidence that some of SMII’s supporters have expressed seems overblown.

Besides, there are inherent differences in the motivations and goals of academia and industry that should be preserved. For instance, much academic research allows researchers to delve into topics that may not result in corporate profit, but which may lead to important discoveries in the future. Industry research, however, often skews toward the practical and profitable, such as the development of “additives for ‘toothpaste or car-tire applications.’”

When private industry merges with academia, universities’ proper role can be distorted, thereby diverting faculty and resources away from basic research and toward applied research. In the end, researchers may take fewer risks, opting to focus on projects promising more money.

The Smart Manufacturing Innovation Institute’s proponents are promising big returns, though evidence suggests the project is likely to end in disappointment. It appears destined to be another failed attempt to boost corporate development via tax subsidy. As a soon-to-be NC State graduate and taxpayer, I would hope that in the future my school seriously considers the potential negative ramifications of such projects, and avoids devoting resources to them for the sake of prestige.