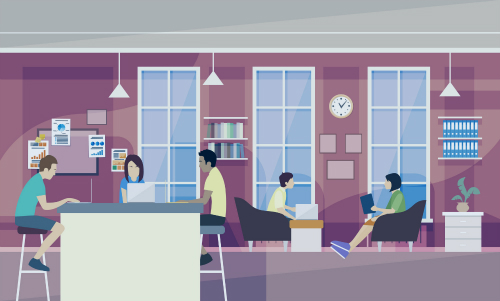 Last semester at my school, the University of North Carolina at Chapel Hill, students protested the privatization of the campus bookstore through rallies and social media uproar. Such backlash seemed due to fear of change—change for the workers at the store and change for the Chapel Hill community.

For many protestors, the bookstore represented a longstanding campus staple that was being undermined by shortsighted university officials. But what many of my classmates failed to understand is that privatization—of bookstores and other non-academic campus services—will play in their favor. It especially will help the students most burdened with the high costs of university education.

While some students view the first day of classes as an exciting start to the semester, for me and many others it’s a time of dread, for we must find ways to pay for the various books assigned in each course. I always pray that I have to buy only one or two books from the student store, and that the store has cheap used copies or viable alternative editions, but that seems to never be the case.

That’s due in large part to the college textbook market, which is a racket dominated by just five publishers with few incentives to change. For four years, I and my fellow classmates are “captive” customers; when a professor assigns a book, we usually have no choice but to make the purchase.

As a result of this flawed system, textbook prices have risen more than 800 percent over the last 30 years. The Huffington Post estimates that students today dole out around $655 per semester just on textbooks. Unfortunately, small operations such as my campus store don’t have the bargaining power or economies of scale to facilitate lower prices. Barnes & Noble, however, does have that ability.

The bookstore chain’s recent acquisition of UNC’s store is expected to lower textbook prices by 10 percent and introduce a highly demanded price matching program. That program will give students the opportunity to find cheaper books elsewhere yet still receive them from the student bookstore—a significant convenience.

In addition to lowering prices for students, Barnes & Noble has signed a 10-year contract with UNC that includes a stipulation to create need-based academic scholarships from store profits amounting to $2 million annually. This will be a $1.6 million increase over previously awarded bookstore scholarships, which were at their highest last year at $400,000.

Nevertheless, for many student protesters, the financial savings from privatization seem to be secondary to job protection for bookstore employees. Some had predicted that by losing the “UNC” in “UNC Student Stores,” employees would be terminated. But so far such fears have proved unfounded; since the transition, not a single person has lost his or her job.

Should someone eventually lose his or her employment, however, it’s important to put things in perspective in terms of overall costs and benefits. As Matthew Fajack, UNC’s vice chancellor for finance and administration, has stated, “[There is a] tradeoff between losing a couple people and [$2 million] in scholarships—you have to run an efficient university.”

In other words, if thousands of students are going to benefit from the transition via lower book prices and more scholarship opportunities, we shouldn’t wring our hands over a couple of job cuts.

While privatization of the bookstore was a great step forward, other campus services and amenities also could benefit from such a transition.

Take student housing. As someone who has worked for the department of housing and residential education for the last two years, I’ve seen a reduction in the number of students living on campus each year. That’s because the dorms are old, expensive, and lack the amenities students want. Little is being done to make them competitive with some of the private offerings off campus.

Down the road from the failing on-campus housing, Granville Towers—UNC’s housing option under privatized management—is thriving. Although it isn’t centrally located on campus, it offers many of the amenities that students want, such as a parking lot, fitness center, and better dining options. Furthermore, Granville residents have a housing plan (that includes an unlimited meal plan) priced at $5,132 per semester, $300 less than comparable campus plans.

I make this point not as an argument for more housing construction, private or otherwise—if anything, higher education’s amenities-industrial complex needs significant de-escalation. Rather, I believe university officials should take a closer look at existing offerings and determine if privatization would reduce costs for students. If so, the decision to privatize should be a no-brainer.

If the persistent UNC-Chapel Hill protests over privatization signify anything, it’s that students fear major changes on their campuses (and many seem to have an aversion to capitalism, but that’s a topic for another day). New, outside management and the potential employment turnover drive a fear that privatized entities won’t act in the campus’s best interests. But the facts suggest that simply isn’t the case.

Reduced costs, more scholarships, and greater convenience are just some of the benefits that privatization provides. I encourage my fellow classmates, as well as campus leaders, to advocate privatized options where possible to help make university education more affordable. It’s the right thing to do—financially and ethically.