Jenna Robinson joined the Martin Center in January 2007 as campus outreach coordinator and later became the center’s director of outreach. She was previously the E.A. Morris Fellowship assistant at the John Locke Foundation, where she had worked since 2001.

Robinson lives in Cary, NC, with her husband and two sons. 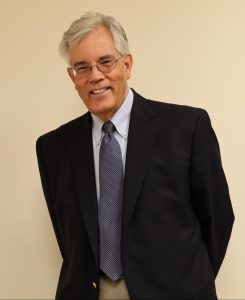 George Leef holds a bachelor of arts degree from Carroll College in Waukesha, Wisconsin, and a Juris Doctor from Duke University School of Law. He was a vice president of the John Locke Foundation and director of the John W. Pope Center for Higher Education Policy until the Pope Center became an independent entity in 2003.

Previously, Leef was on the faculty of Northwood University in Midland, Michigan, where he taught courses in economics, business law, and logic. He has also worked as a policy adviser in the Michigan Senate and was book review editor of The Freeman from 1996 to 2012.

Leef is the author of The Awakening of Jennifer Van Arsdale (2022),  Free Choice for Workers: A History of the Right to Work Movement (2005) and editor of Educating Teachers: The Best Minds Speak Out (2002). Leef has published widely, with articles and reviews appearing in the Wall Street Journal, Forbes, Regulation, the Christian Science Monitor, the Detroit News, the (Raleigh) News & Observer, the Cato Journal, and other publications. He has testified before committees in the U.S. House of Representatives and the legislatures of Michigan and North Carolina and has made numerous TV and radio appearances. 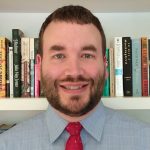 Graham Hillard joined the Martin Center in the spring of 2022 after fifteen years at Trevecca Nazarene University, where he taught creative writing, literature, and composition. He holds a bachelor’s degree in communication arts from Union University and an MFA in creative writing from New York University.

Hillard’s opinion pieces and articles have appeared widely, in such venues as The Los Angeles Review of Books, Memphis: The City Magazine, The Oxford American, and The Weekly Standard. He has written on many occasions for National Review and is a contributing writer for the Washington Examiner, where he writes about film and television. On two occasions, his work has been listed among the year’s “notables” in Houghton Mifflin Harcourt’s Best American Essays anthology. He was a finalist for the 2012 Livingston Award for Young Journalists in the “local reporting” category and the recipient of a 2017 individual artist fellowship for poetry from the Tennessee Arts Commission.

In addition to his duties at the Martin Center, Hillard is the founding editor of the Cumberland River Review, a digital literary quarterly. His first book of poems, Wolf Intervals, was published in the Poiema Poetry Series (Cascade Books) in 2022. He lives in Nashville, Tennessee, with his wife and children.

Jay Schalin joined the Martin Center in August 2007 and served as Director of Policy Analysis until December 2021. A Philadelphia native, he began his writing career as a freelance journalist for the Asbury Park Press in New Jersey and wrote for several other papers in New Jersey and Delaware. He also worked as a software engineer for Computer Sciences Corporation. Schalin has a B.S. in computer science from Richard Stockton College in New Jersey and an M.A. in economics from the University of Delaware.

His articles have appeared in Forbes, the Washington Times, Fox News Online, U.S. News and World Report, Investor’s Business Daily, Human Events, and American Thinker. His op-eds have been published by the McClatchy News Service and Raleigh’s News & Observer. He has been interviewed on ESPN, National Public Radio, and UNC-TV, and his work has been featured on ABC News and Fox News’ The O’Reilly Factor.

Schalin is a member of the National Association of Scholars and is on the Board of Directors for the Academy of Philosophy and Letters.

Her articles have appeared in Townhall, the Washington Examiner, the Daily Caller, Rare Politics, and the Carolina Journal. 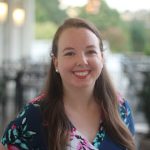 Ashlynn Warta joined the Martin Center in September of 2021. She holds an associate in arts degree from Wake Technical Community College and is pursuing a bachelor’s degree. Warta is a North Carolina native and lives south of Garner with her husband, son, and two dogs. In her free time, Warta enjoys reading non-fiction and poetry, as well as drawing and spending time with her family.

Grace Hall joined the Martin Center in September 2020 as the Marketing and Communications intern. She graduated from NCSU in 2017 with a bachelor’s degree in Psychology. She works and lives in Georgia. In her free time, Hall enjoys reading, going on walks, and spending time with family and friends.