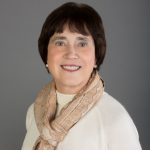 Jane S. Shaw (Chair) joined the Martin Center in 2006, when it was still named the Pope Center. She was president of the center from 2008 until 2015, when she retired. Before joining the Martin Center, Shaw spent 22 years with PERC, the Property and Environment Research Center in Bozeman, Montana, where she was a senior fellow. Previously, she was a journalist and was an associate economics editor of Business Week before she joined PERC. With Michael Sanera, she coauthored Facts, Not Fear: Teaching Children about the Environment (Regnery) and initiated a book series for young people, Critical Thinking about Environmental Issues (Greenhaven Press). She coedited A Guide to Smart Growth (Heritage Foundation) with Ronald Utt. Shaw is a member of the Board of Visitors of Ralston College, a member of the Editorial Advisory Board of the Cato Institute’s Regulation magazine, and a past president of the Association of Private Enterprise Education. She was married to the late economist Richard Stroup and sometimes writes under the name of Jane Shaw Stroup. 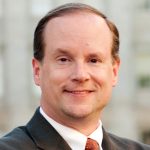 John M. Hood (Vice Chair) is president of the John William Pope Foundation, a private grant-making foundation in Raleigh, North Carolina, and chairman of the John Locke Foundation, a nonprofit think tank, which he headed for 20 years. Hood is a syndicated columnist on state politics and public policy for numerous North Carolina newspapers. He is a regular radio commentator and a weekly panelist on the statewide television program NC SPIN. He is the author of seven books on politics, history, and economics and writes a monthly column for Business North Carolina magazine. His latest book is Catalyst: Jim Martin and the Rise of North Carolina Republicans (2015), a biography of the former North Carolina governor for whom the Martin Center is named. (Jim Martin is also a Martin Center board member.) Hood graduated from the School of Journalism at the University of North Carolina at Chapel Hill. He currently resides in southern Wake County with his wife Traci, sons Alex and Andrew, and stepdaughter Jerri.

J. Edgar Broyhill (Secretary) is president and managing director of the Broyhill Group, an investment banking company in Winston-Salem, North Carolina. He is a trustee of Appalachian State University, with which his family has had a long association. In 2004, he ran unsuccessfully as a Republican for the 5th district congressional seat, representing Statesville, Mount Airy, and Boone. 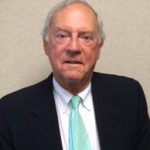 Arch T. Allen is a retired Raleigh business lawyer. Until he retired in 2016, he was chairman of the board of the Martin Center. He received his bachelor of science degree and his Juris Doctor from the University of North Carolina at Chapel Hill, where he was editor-in-chief of the North Carolina Law Review. He then received a direct commission in the Judge Advocate General’s Corps, United States Army Reserve, and served on active duty for three years, including one in Vietnam with the 25th Infantry Division as the prosecuting trial counsel for general courts martial. At the end of his tour of duty there, during the 1968 Tet attacks, he was awarded the Bronze Star for Meritorious Achievement. He was a member of the UNC-Chapel Hill Board of Trustees from 1989 to 1991, when he resigned as a trustee and as a partner in Moore & Van Allen to become vice chancellor for development and university relations at UNC-Chapel Hill during the University’s bicentennial campaign. He returned to law practice in 1996 and co-founded the Raleigh law firm Allen, Moore & Rogers.

Virginia Foxx was elected to Congress in 2004 from North Carolina’s 5th congressional district and is currently chair of the House Committee on Education and the Workforce. She previously spent 10 years in the North Carolina Senate. She is a graduate of the University of North Carolina at Chapel Hill, where she received her A.B. degree in English and her M.A.C.T. in sociology. She has an Ed.D. in curriculum and teaching/higher education from the University of North Carolina at Greensboro. Foxx taught at Caldwell Community College and was a sociology instructor at Appalachian State University, where she also held several administrative positions. Foxx served as deputy secretary for management in the North Carolina Department of Administration during the governorship of Jim Martin. She also served as president and later as consultant at Mayland Community College. 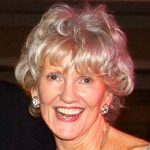 Nan Miller received her undergraduate degree from Wake Forest University and her M.A. in English from North Carolina State University. She taught college composition and literature for 26 years: 8 years at North Carolina State University and 18 years at Meredith College, where she opened and directed the Meredith College Writing Center. In 1991, she won the Sears Roebuck Foundation award for excellence in teaching and campus leadership.

Her publishing credits include articles on Dickens, Wordsworth, Christina Rossetti, and John Fowles, and she has published opinion pieces in Metro Magazine, The Daily Inter Lake, the North State Journal, and the News and Observer. She has also written a regular column on poetry for Authors Ink, which is the newsletter for the Dickens Fellowship.

In 2006, the Pope Center for Higher Education published her expose of the failures of existing writing programs at NC State and UNC-Chapel Hill. That extensive report has since been republished by the National Association of Scholars in Academic Questions.

James G. Martin served as governor of North Carolina from 1985 through 1993, following six terms as a member of the U.S. Congress. The James G. Martin Center for Academic Renewal is named for this public servant. He was the first elected official to receive the Charles Lathrop Parsons Award, which is given by the American Chemical Society for outstanding public service by an American chemist. He was a corporate vice-president of Carolinas HealthCare System and later a member of the North Carolina government relations practice of McGuire Woods Consulting in Charlotte, North Carolina. Martin began his career as an educator, earning a Ph.D. in chemistry from Princeton University and later teaching chemistry at his alma mater, Davidson College. He also served for three terms as a Mecklenburg County commissioner. Dr. Martin’s recent public service has included conducting an analysis of courses at the University of North Carolina at Chapel Hill to determine the extent of academic anomalies. 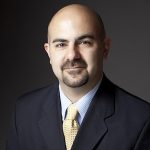 Robert L. Shibley works at Allen Harris Law as one of the nation’s most visible advocates for free speech and due process on campus. As executive director and over his 19-year career at FIRE, the Foundation for Individual Rights in Education (now, “and Expression”), he personally aided students and faculty members at hundreds of colleges and universities and traveled to dozens of campuses to speak on these issues. He also played a crucial part in advocating for legislation and policy changes that protect student and faculty rights, including the 2020 federal Title IX regulatory reforms and the first-ever state law guaranteeing public college students the right to an advisor in college disciplinary hearings.

A native of Toledo, Ohio, and a graduate of Duke University and Duke University School of Law, Robert is the author of Twisting Title IX, from Encounter Books. A one-time campus journalist who himself faced campus censorship, Robert’s writing has appeared in many national publications, including The Wall Street Journal, USA Today, The Washington Post, and TIME. He has also advocated for fundamental rights many times on TV and radio, including on NPR, the BBC, The O’Reilly Factor, CNN Tonight, Tucker Carlson Tonight, Stossel, Fox & Friends, and CNN’s Lou Dobbs Tonight, as well as many other national and international television and radio programs. Robert and his wife Araz live in Apex, North Carolina, with their two daughters, Grace and Cecily.

Robert and his wife Araz live in Apex, North Carolina, with their two daughters, Grace and Cecily. 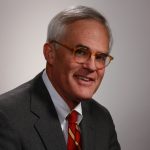 Tucker serves on a number of private company boards as well as trustee of several non-profit institutions, including Trinity School for Ministry (Pittsburgh), the Calvin Coolidge Presidential Foundation, and the Civitas Institute. A life-long student of history, he is the author of The High Tide of American Conservatism: Davis, Coolidge and the 1924 Election, and Conservative Heroes: Fourteen Leaders Who Changed America – Jefferson to Reagan.

Tucker is a graduate of Washington & Lee University and Harvard Business School. He and his wife Grayson live in Raleigh. They have two daughters and six grandchildren.