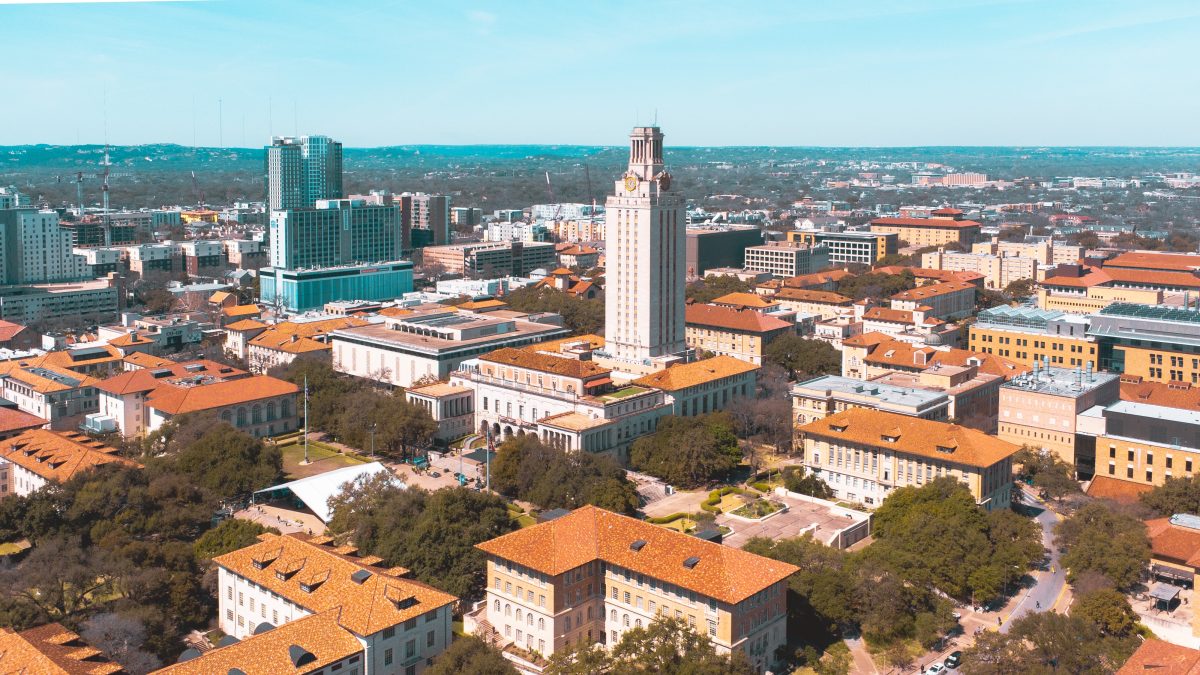 50 years ago, I was a first-year student at the University of Texas School of Law. Then, it occupied about the same place in the hierarchy of American law schools that it does now: not at the very top but in the top 10 percent. Yet it is a profoundly different school today.

In 1972, tuition and fees were $300 for in-state students and $1,400 for out-of-state students, which, adjusted for inflation, amounts to $2,112 and $9,858 in today’s dollars. Tuition and fees for 2022 are $36,429 (in-state) and $54,096 (out-of-state). The effective increase in tuition is not quite as dramatic as these numbers indicate, because Texas currently awards grants and scholarships to over 90 percent of its students, with a median grant of about $15,000. Nevertheless, the true all-in cost of attending the law school appears to be roughly three times greater than it was in 1972. Texas still costs significantly less than other law schools in the top twenty, and graduates have one of the best starting-salary-to-debt ratios, but these numbers are startling.

The law school then did not seem spartan, but, in retrospect, it appears to have been managed very efficiently. In 1972, total enrollment was over 1,500, nearly all of whom were J.D. candidates, making it one of the largest American law schools. The school was housed in a single building on the edge of campus. The law school now has fewer students, with an enrollment of about a thousand, fewer than 900 of whom are J.D. candidates. But two additional buildings have been built, and the physical plant is much larger.

In 1972, Prof. George Schatzki reported that the student-faculty ratio was 36 or 37 to one. Today, the ratio is less than six to one. The respective numbers of support staff are not readily available, but that population also seems to have increased.

My first-year classes were divided into four sections of approximately 125 students each. We took the standard first-year courses—contracts, torts, property, civil procedure, etc.—plus a legal research-and-writing course taught (quite well) by paid second- and third-year “teaching quizmasters.” These quizmasters were also responsible for some law school–sponsored social events. Today, required first-year classes consist of about 50 students. The teaching quizmasters still survive but in vestigial form, the primary teaching responsibility having been taken over by the faculty.

My classmates and I had few complaints about the size of our classes. The quality of our teachers mattered a lot; the size of classes mattered little. Faculty were readily accessible to students. I worked as a research assistant for one professor and co-authored a law-review article with another. We did not feel the need for more faculty contact.

UT Law in those days, like most law schools, had a focused, highly practical ethos. The faculty were there to provide rigorous legal training and a path to a place in the legal profession. Law-school instruction changed the way we thought. We felt appreciably smarter after the first year.

According to the catalog, admissions in 1972 were based solely on undergraduate grade-point average and Law School Admission Test (LSAT) scores.In 2022, the atmosphere seems more like that of a well-endowed liberal-arts college than that of the no-frills, no-nonsense law school of old. Students are treated like customers, not plebes. Changes in the composition of the student body have probably contributed to the change in atmosphere. Well over half of the students are now women. Only a few were in 1972, although those few included some of our strongest classmates academically.

According to the catalog, admissions in 1972 were based solely on undergraduate grade-point average and Law School Admission Test (LSAT) scores. As a student, I was told that the entire admissions process was administered by a single clerical worker in the dean’s office. Today, “the School of Law takes great care in reviewing each application holistically,” and there are over 5,000 applications. Admissions has become a black box requiring considerable staff time.

In 1972, there was little in the way of student counseling and support. We were all college graduates who had done well at our undergraduate institutions, and both we and the law school assumed, rightly or wrongly, that we did not require much hand-holding. Today, “first-year students are assigned to one of eight societies during Orientation, and remain in the same society throughout their years in law school. Each society has a Faculty Advisor, two Faculty Fellows, a Society Coordinator, and two Mentors who plan activities for their groups in an effort to ease the adjustment, both academically and socially, to law school.” An array of support services and accommodations are also available, including yoga classes, lactation rooms, a food bank, and a “career closet” that “offers every [student] access to professional clothes for job fairs, internships, and interviews. Students can choose their own outfits from the career closet, including shoes and accessories, that are theirs to keep.” The law school also provides subsidized summer jobs for those who need them.

Most law schools in 1972 had a single student-edited legal journal. UT had four. Today, it has 13. In 1972, the law school offered a clinical legal-services program. Today, it offers 15 different clinics. There are also 16 centers devoted to various law-related topics and 35 student organizations. Truly, a hundred flowers have blossomed.

There was some opportunity for interdisciplinary study in the early 1970s, particularly in the third year, after required courses were out of the way. Now, students can explore a vast array of options, including virtually any graduate-level course at the university, as well as semester-abroad programs at 29 different institutions, in cities from Santiago to Swansea.

Aspiring lawyers who would prefer a first-rate but no-frills legal education no longer have that option.Is the law school better than it was 50 years ago? If more resources per student and more student choices are indicators of quality, then it is vastly better. But I see no indications that the quality of intellectual training has improved. Nationwide, there is no evidence that first-year associates in law firms require less on-the-job training, and the legal professoriate is more detached from the concerns of practicing lawyers and judges than it was 50 years ago. Are today’s young lawyers more ethical and larger-minded than their predecessors? Are the additional resources per student worth the enormous increase in cost? It seems doubtful that that proposition would stand up to a rigorous cost-benefit analysis. And neither Texas nor any other highly-ranked law school is interested in conducting such an analysis.

Even if change has been for the worse, there is no use bemoaning the evolution of the law school over the last 50 years. The administration and faculty could not conceivably have swum against the tide and preserved the University of Texas School of Law as it existed in 1972. Rankings are based largely on inputs and reputation within the academy, and the law school of 50 years ago would receive low rankings today. Furthermore, the stakeholders—students, alumni, faculty, administrators, and the legislature—would not accept a bare-bones, low-ranked law school. Yet it seems regrettable that aspiring lawyers who would prefer a first-rate but no-frills legal education, at a much lower cost, no longer have that option.

Where might Texas and other law schools go from here? Will Texas eventually have a three-to-one student-faculty ratio, 30 student publications, and 40 clinical programs? Will all of the students have life coaches, personal trainers, and therapists? Possibly. But it seems unlikely that such trends have much further to go. Surely law schools are at or near the point where it is obvious that more doesn’t always mean better, and some judicious pruning is in order.

When my father was in law school, he was allowed to take the bar exam after his second year. He did so, passed, and went to work at a law firm. The mandatory third year of law school has increasingly become a luxury for many aspiring lawyers. One alternative would be a two-year J.D. program, followed by a third-year master’s degree for those students who wish to specialize. This would require some adjustment of ABA accreditation standards but no sacrifice of core academic requirements. Even under today’s accreditation standards, some schools offer accelerated programs in which the ABA’s curricular requirements are satisfied within two years. But, at present, major law schools have few incentives to change for the sake of mere efficiency. Times are good, for now. Only a major external shock is likely to cause a change of course.

Jon Jewett is a mostly retired lawyer with a long-time interest in educational policy. He lives in Ashland, Virginia.

An American Law School, Then and Now