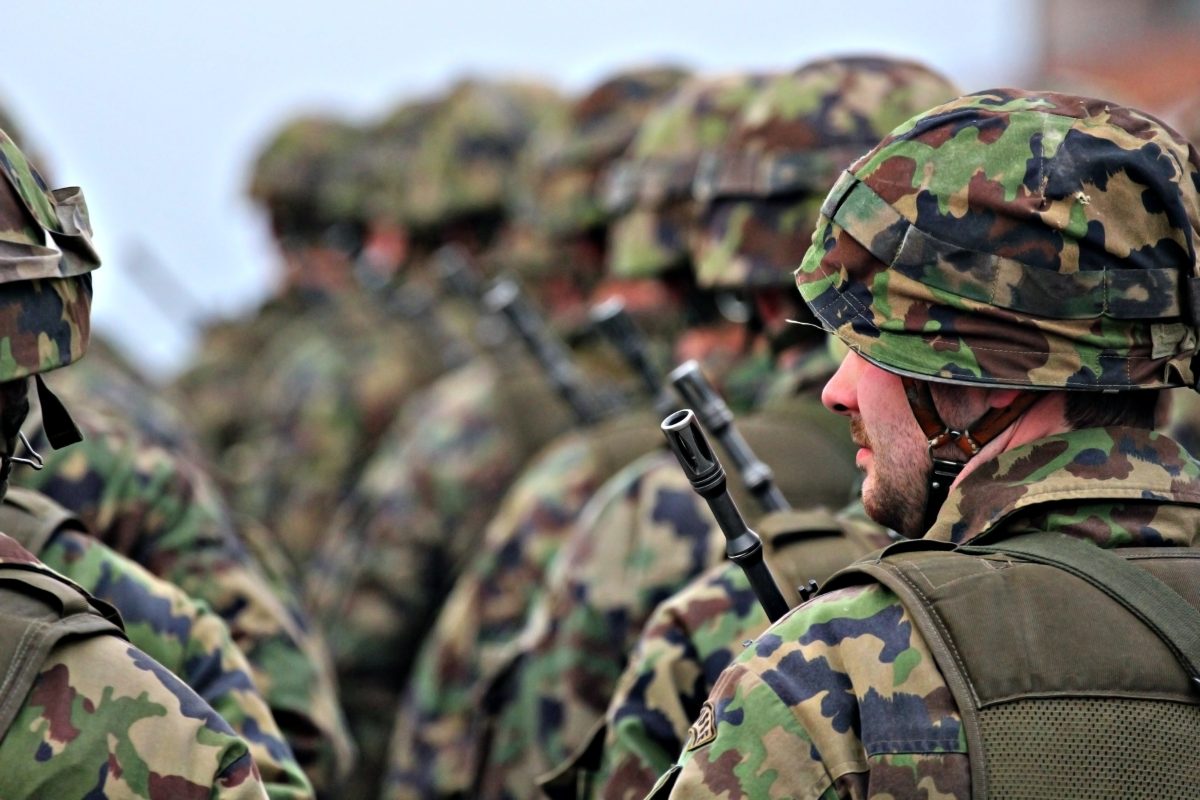 World wars have been fought in less time than the battle the UNC and N.C. Community College Systems have waged to create a user-friendly database that active-duty military personnel and veterans can use to ease their transition into higher education.

Lawmakers and veterans advocates want to know why higher-education officials have failed for nearly a decade to fulfill the requirements of Senate Bill 761, which mandates a uniform system to award college credits for military training and experience. The General Assembly passed, and Gov. Pat McCrory signed, the law, dubbed Credit for Military Training, in 2014. But it wasn’t until May 26 of this year that Peter Hans, the fourth UNC System president since the law passed, finally issued a regulation directing all 16 universities to comply with its provisions.

“It’s frustration that you’re hearing,” said Goodwin, a veteran and a former federal special agent. “This should have been already handled.” As testament to the low profile and plodding bill implementation, Goodwin acknowledged that he wasn’t even aware of SB761 until asked about it by the Martin Center. Yet the law was enacted four years prior to Goodwin’s being elected.

“I can tell you this: If it comes back to committee I’m going to push them hard for a vote so that everything’s approved,” Goodwin said. “We can make inquiries about that. We can adjust the bill. We can take that bill and gut some things out of it to improve it based upon what we know now and what we’ve seen. We can sure try to attach some money to it.”

Revamping the military credit infrastructure is imperative in a military-heavy state. At least 21,000 active-duty personnel, veterans, spouses, and dependents are taking classes in the UNC System, and efforts are under way to increase those numbers through a variety of initiatives.

“In the past, we have missed out on the chance to serve talented military students because our credit policies weren’t easy to parse, or weren’t as generous as those of our peers,” Hans said while signing the UNC regulation. “Hundreds of faculty and administrators have worked to correct that problem, and I applaud their dedication.”

While the Regulation on Awarding Credit for Military Training or Experience took effect immediately, it remains more framework than functional policy. The database that the regulation describes as “the centralized and definitive resource” for military learners has yet to go operational. The Community College System, which has the same compliance requirements as the UNC System and partnered in drafting Hans’s regulation, won’t even have access to the database when it is launched.

The main problem is that computer systems on the campuses don’t match up, nor do the jumble of software programs built to aggregate military credits and student numbers. Recording and tracking that vital information systemwide is impossible without the MES central nervous system.

“This remains an issue, and no funding has been allocated to address [it] to date,” said Thomas Walker, UNC System senior adviser to the president for economic development/military affairs. The UNC System Office will determine technical needs and the requisite budget to develop or modify computer software and tracking systems, he said.

Architects of the new system are using a pilot database developed in 2019 as a framework to redesign the new MES. But the testing protocols remain in development. The full scope of the MES and the corresponding timeline for it to be operational are not finalized.

Walker acknowledged that the MES will not include Community College System credits initially but may integrate with its counterpart’s systems “at an appropriate time in the future.” Furthermore, Walker stated, “we are currently focused on creating a system that works within and across the UNC System first before injecting additional technical, policy, regulatory, and data-related complexities.”

Repeated attempts by the Martin Center to get comment from the Community College System about its compliance efforts were unsuccessful. The 58-campus system has been swamped in turmoil, with eight system presidents having come and gone since SB761 was passed, and dozens of campus presidents having done the same.

The regulation Hans signed encourages training for university personnel who will use the MES, but it does not require it. Walker said the UNC System would make training available.

Thomas Walker said that UNC faculty panels have not met since 2019 because attention was shifted to develop platforms for virtual education during the Covid pandemic. Spires noted that ACE continued to offer virtual training.

How many new credits have been added to the UNC and Community Colleges Systems after the faculty panel reviews is unclear.

“We are just starting to collect these data,” Spires said. “This has been a data ‘black hole’ and a challenge, which is why we’re leaning in to provide free, off-the-shelf solutions.”

It is crucial for the two higher-education systems to have articulation agreements for transferring military-based academic credits between the systems, because many students first enroll in community colleges to complete basic courses.

Joe Wescott, legislative liaison at the state’s Department of Military and Veterans Affairs (DMVA), who has taught at both the community college and university levels, said Lt. Gen. Walter Gaskin, DMVA Secretary, is wholly supportive of initiatives to smooth veterans’ transition from military duty to the college classroom. Both men want to see SB761 implemented posthaste.

Hans’s regulation calls for creation of a Military Credit Advisory Council on military credit issues. Wescott said it is imperative to have veterans on the council, as well as representation from DMVA for inclusive perspectives.

“I want them to be successful, and veterans need for them to be successful with the implementation of this regulation. But if UNC doesn’t, others will,” Wescott said. He pointed to Campbell University, as well as many online degree-granting colleges and out-of-state universities that are catering to the military population.

For that reason, said Wescott, the UNC System needs to step up the process, because “the time of just giving it lip service is over.”

With momentum building in the General Assembly, among veterans groups such as the American Legion, and in the U.S. Department of Defense, Wescott believes it is consequential that Hans has rolled up his sleeves and taken a hands-on approach.

“That is what this [problem] has needed, is someone at the executive level to say we’re going to not just support, but we’re going to be enthusiastic about this concept and idea, and we’re going to move it towards fruition,” Wescott said. “I think we’ve got the right person now in the president’s chair to make this a reality.”

Dan E. Way is a communications specialist in the North Carolina Department of State Treasurer. He was previously a writer for Carolina Journal and the editor of the Chapel Hill Herald.