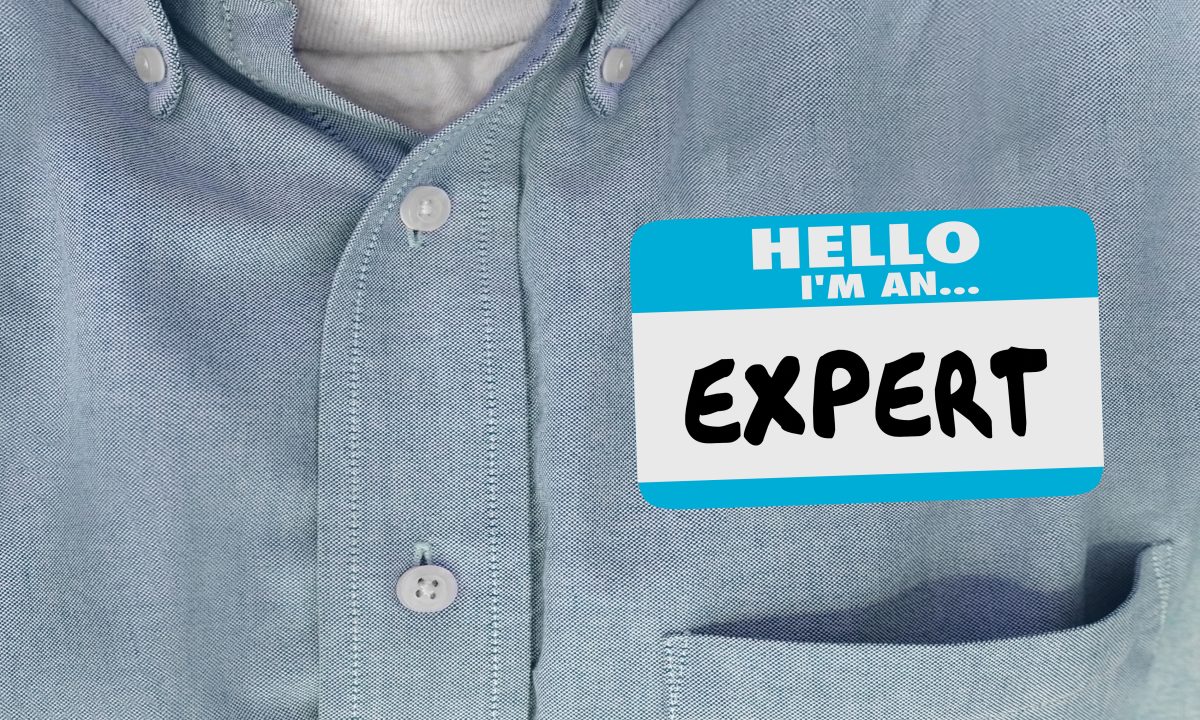 As a professor devoted to his college’s “pre-disciplinary” core curriculum, I was hooked by David Epstein’s title, Range: Why Generalists Triumph in a Specialized World. The book is chock-full of anecdotes and evidence that people with breadth or range—indeed, amateurs in the true sense of the word—can contribute immensely to enterprises in environments that seem, at first glance, to respond to and reward highly specialized expertise alone.

Of course, having taught Adam Smith’s The Wealth of Nations for years, I already “knew” that. Smith is famous for his encomium to the division of labor, a principal, if not the principal, source of that wealth. His example of the pin “manufactory” is, or ought to be, familiar to every student of economics, the discipline whose modern version the erstwhile professor of moral philosophy at the University of Glasgow helped found. Despite the fact that he articulated so clearly the case for specialization, Smith is also aware of its limitations, indeed of its dependence upon “philosophers or men of speculation, who … are often capable of combining together the powers of the most distant and dissimilar objects.” Innovation and discovery often depend not on the team of narrowly focused experts toiling in their labs but on “outsiders,” those who engage in “lateral thinking” (ranging widely, not—or not just—drilling deeply), or “deliberate amateurs.”

Epstein isn’t just writing for those of us who have a special interest in the progress of science and technology. He also has words for people like me: parents and educators.

As a parent, I would have found his book especially useful a little more than a decade ago, when my kids began to specialize in sports, transitioning from summer league recreational swimmers to the world of ultra-competitive club swimming. Let’s just say that our family learned some of Epstein’s lessons the hard way. Had we encountered his ideas at that time, we would have had more reservations about the alleged headstarts offered by early intense focus and would have paid more attention, earlier, to what our son was telling us about what I now know is match quality. To make a long story short, our son—more successful early than his younger sister—traded swimming for scouting and, eventually, Brazilian jiu jitsu, while our daughter had great success as a college swimmer before discovering, late in her career, that her best training involved more running and lifting and fewer laps in the pool. Thus, I commend this book to every parent who imagines a child as a future college or professional athlete—or, for that matter, as a starter on a good high school team. Not everyone needs or profits from the proverbial ten thousand hours. 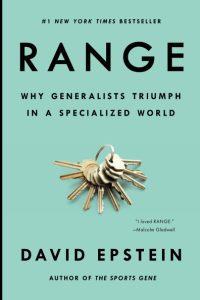 As a college educator (and parent), I take to heart and endorse Epstein’s exhortations against forcing young people to decide what they want to be when they grow up before they’ve actually grown up. One of the most compelling stories in the book involves the proportion of service academy graduates who do not make a career of the military, despite our government’s investment of hundreds of thousands of dollars in their education and training and their gung-ho attitude at age 18. Here’s how Epstein characterizes the situation:

The more skilled the Army thought a prospective officer could become, the more likely it was to offer a scholarship. And as those hard-working and talented scholarship recipients blossomed into young professionals, they tended to realize they had a lot of options outside the military. Eventually, they decided to try something else. In other words, they learned things about themselves in their twenties and responded by making match quality decisions.

I’ve known plenty of students—even some in my extended family—whose first career choices dictated one sort of educational program but who ended up (at some cost in time and money) studying and doing something different. The more students know about themselves and their options, the better decisions they’ll make. Yet we frequently require them—sometimes as parents and other times as educators—to choose a program very early, for instance if they want the four-year path to medical school or the five-year path to being a C.P.A. What’s more, Epstein suggests that we should be less concerned with early returns in paychecks, because students with the kind of range he recommends often catch up and surpass those who took the early lead.

Thus, we may want to encourage more exploration early in the college curriculum and postpone specialization for as long as possible. I’d love to argue that graduate or professional school is soon enough to begin preparing for the first of likely many different jobs, but I know too well how costly a proposition that is. If waiting that long ultimately means fewer by-ways and culs-de-sac, however, then what seems inefficient at first may prove more productive (and indeed efficient) in the longer run. Those of us in higher education may have to become much more creative about how to offer programs that we think may be good for students, even if they don’t serve our narrow professional interests. In general, it’s perhaps lazy to think that what’s good for me, the professor/scholar, is good for my students and that what they need is more of what I want for myself.

Please don’t get me wrong. I don’t want to engage in gratuitous professor-bashing, but our education and training are designed to give us a kind of disciplinary tunnel vision. If we’re going to be responsible for developing educational programs that serve some purpose other than reproducing ourselves (a short-sighted goal if ever I saw one), then we have to engage in the very kinds of lateral thinking and conversations across the curriculum that Epstein vividly describes. From what I can tell, this is much more easily accomplished in smaller colleges and universities than in the large research universities that train the professoriate. But to get there, we Ph.D.’s have to be forced out of our specialized comfort zones and into conversation with colleagues from a wide variety of disciplines. Some of us hate it; others (among whom I count myself) relish the opportunity to learn new things and encounter different ways of looking at the world.

We need range and breadth to sustain and enlarge our humanity and to be good spouses, parents, friends, and citizens.Here is my Epstein-influenced advice for those concerned with higher education: In a world where the market still rewards specialization, many of the disciplines (especially in STEM fields) will take care of themselves. What need to be nurtured are those inter-, multi-, and pre-disciplinary programs that provide range and context for specialists.

In my own name, I’d add something else, returning to Adam Smith and also invoking Aristotle (another author I teach in our core curriculum). In addition to arguing that the division of labor depends upon certain kinds of wide-ranging observers, Smith eloquently notes the human cost of specialization:

The man whose whole life is spent in performing a few simple operations … has no occasion to exert his understanding, or to exercise his invention in finding out expedients for removing difficulties which never occur. He naturally loses, therefore, the habit of such exertion and generally becomes as stupid and ignorant as it is possible for a human creature to become.

Smith the moral philosopher isn’t thinking here about innovation and productivity alone, but also about “the whole person,” the human being and citizen. We need range and breadth, he might argue, to sustain and enlarge our humanity and to be good spouses, parents, friends, and citizens. I don’t fault Epstein for not writing about that, but I would have his readers bear it in mind.

In his Politics, Aristotle points us in the same direction. We encounter, he says, claims of knowledge and expertise in every element of human life, as those of us who have been urged to “follow the science” in recent years cannot deny. While we can’t and shouldn’t be experts in everything, we can be well enough educated to understand and assess the assertions of experts. Our education shouldn’t be simply about developing a narrow expertise but about acquiring the capacity to govern ourselves, our families, our communities, and our country. I suppose we could reduce this all to preferences and leave it to be sorted out in the marketplace, but Aristotle insists that the one kind of genuine knowledge we all seek is that of the good. Again, I don’t fault Epstein for not writing about that. But an education that does not have us pause to ponder that question leaves out something that is central to genuine human flourishing.

Joseph M. Knippenberg is Professor of Politics at Oglethorpe University in Brookhaven, Georgia, where he has taught since 1985.