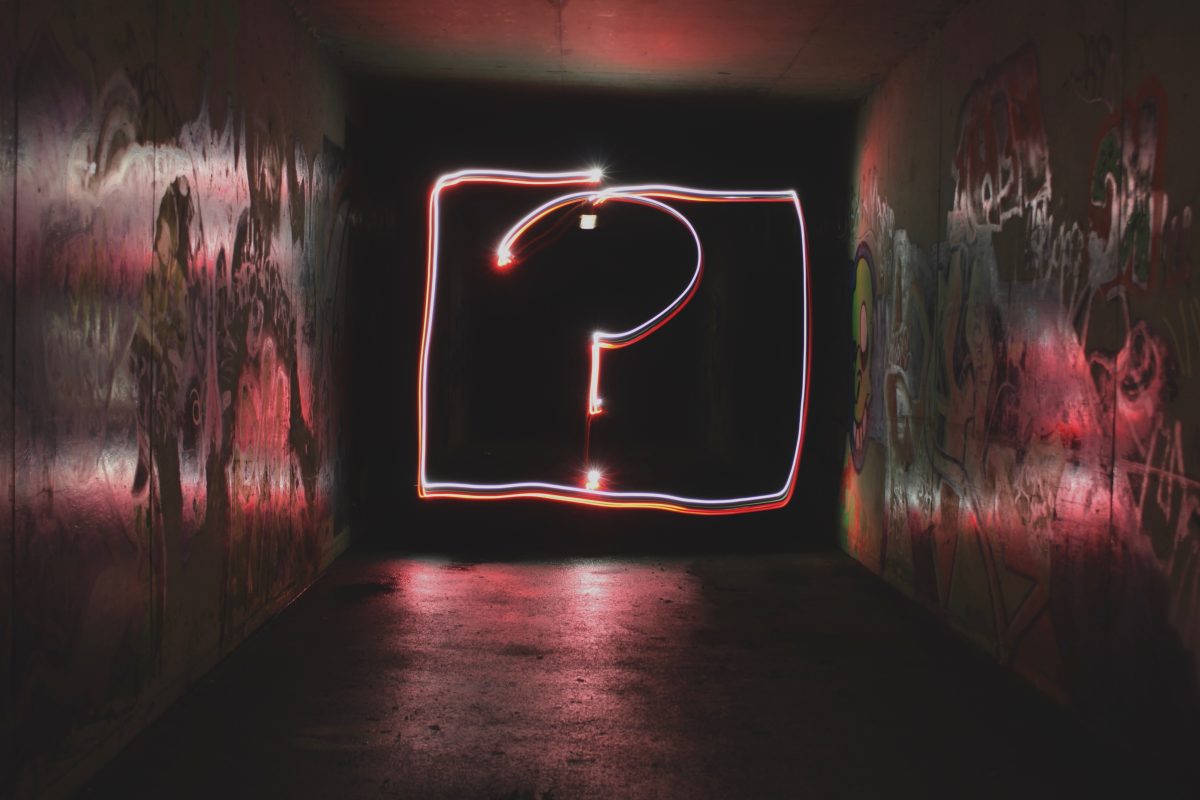 We’ve heard a lot, in recent years, about a free speech crisis on our college campuses. There are stories of speakers being shouted down and of students being afraid to voice their opinions, for fear of ostracism by their peers or retaliation from faculty and staff. Some have dismissed this talk as politically inspired rhetoric, a manufactured crisis cooked up to serve a “plutocratic libertarian” agenda.

To be sure, the anecdotes themselves are spectacular, with Ilya Shapiro at Hastings College of Law and Kristen Waggoner at Yale Law School turning Charles Murray at Middlebury and Heather Mac Donald at Claremont into yesterday’s news. It would seem to be helpful to gather data to put these appalling stories into context.

We’ve seen some national surveys, such as that undertaken by the Knight Foundation in 2020 and the annual effort of FIRE (the Foundation for Individual Rights in Education). We’ve also seen the Florida state legislature mandate a campus climate survey, which has raised some hackles among my colleagues in the Sunshine State, who have characterized (or perhaps mischaracterized) it as a chilling effort at censorship.

Now there’s Wisconsin, where a new survey covering all the campuses in the University of Wisconsin system has become a bone of contention. The “Student Perceptions of Campus Free Speech Survey” was originally scheduled to be administered in April and May of this year but has been postponed to the fall. Designed by a team of researchers led by Professor Timothy Shiell of the University of Wisconsin-Stout and administered by the Wisconsin Institute for Public Policy and Service, this survey, approved by all the relevant Institutional Research Boards, gives even more urgency to the questions it is meant to address.

There is much to say about this subject, but I’d like to focus on the extraordinary treatment of what should otherwise be an ordinary undertaking on virtually any college campus. Professors conduct research, at least sometimes securing external funding to support it. If the research involves human subjects, as any survey of course would, the professors involved seek approval from the campus Institutional Review Board, whose purpose it is to make certain that all relevant ethical guidelines and standards are met. The IRB acts neither as a censor, forbidding the study of certain topics, nor as a guarantor of the professional quality (i.e., publishability) of the research. The latter is done by the peer review process, when boards of scholars decide whether a report is worthy of presentation at a conference or publication in a professional journal. Under ordinary circumstances, those not directly involved in the research would hear nothing about it, save perhaps some mention in a department chair’s or vice president’s report about faculty research, scholarship, or publications.

If my colleagues in Wisconsin don’t think that the public can understand or properly assess data, then they have in practice abandoned the purpose of their educational institutions and the political order in which they are located and by which they are supported.As I said, Professor Shiell’s experience has been anything but ordinary. There have been criticisms and complaints from various quarters about the survey. The chancellors (that is, campus presidents) of the UW colleges refused first to meet with Shiell and then to permit the survey to be conducted on their campuses. After they were overruled by the interim UW system president, one chancellor resigned in protest. Let me repeat this for the sake of emphasis: multiple “college presidents” initially refused to permit research approved in accordance with standard procedures to be conducted on their campuses. You’d think that all the friends of academic freedom would be up in arms over this serious breach of that standard. In Wisconsin, not so much. Indeed, the president of the Wisconsin chapter of the AAUP opposes the survey, not the limitation on academic freedom that comes from the chancellors. Yes, that’s the American Association of University Professors, whose 1940 statement on academic freedom begins with this ringing declaration: “Teachers are entitled to full freedom in research and in the publication of the results.”

Why, you might ask, has this particular study been treated differently, not to say shabbily or even scandalously? In a telephone conversation, I posed that question to Timothy Shiell. He pointed to two factors. First, there is the survey’s sponsor, the Menard Center for the Study of Institutions and Innovation, which he directs. Named for and supported by a prominent Wisconsin conservative, the center suffers from the hermeneutic of suspicion which left-leaning faculty, staff, and students apply to anything that seems right of center. While Shiell describes himself as “a liberal professor being funded by a conservative donor to run a nonpartisan center,” his critics are having none of it. If the money comes from a conservative source, the result must a priori be tainted. So much for education liberating people from prejudice.

Second, Shiell says that in Wisconsin free speech on campus has been polarizing for a number of years. People are, he says, afraid that the survey’s findings will be exploited by conservatives in the state legislature to the detriment of the UW system, or at least to their particular political interests in the UW system. Underlying this concern seems to be an argument or set of assumptions that is ultimately inconsistent with both enlightenment principles and democracy: information should not be sought or disseminated if it will be used or misused by some for “bad purposes.” Perhaps so. Indeed, this sort of argument has distinguished philosophical roots that go as far back as Plato and Aristotle. But neither of those great thinkers were democrats, and their arguments (for which I have the utmost respect and admiration) are not democratic. If my colleagues in Wisconsin don’t think that the public and their representatives in the state legislature can understand or properly assess data, or that they cannot respond to nuanced arguments grounded in data, then they have in practice abandoned the purpose of their educational institutions and the political order in which they are located and by which they are supported.

Perhaps I’m reading too much into their fears. Perhaps they simply think that politicians, especially conservative politicians, will cynically exploit anything—fake news or real news—that helps them get their way. I don’t regard this as an entirely unreasonable concern, but I think that cherry-picking data and anecdotes is something that most people in the public square do. This practice isn’t restricted to only one side of the political spectrum. And if it’s a fact of life in our public square, then those of us who would like to inform and elevate public debate to the degree that it’s possible have to learn to live with it and make the best of our situation. That certainly doesn’t mean eschewing data, when it’s available. But it does mean entering into the conversation and trying to be as persuasive as possible when we have the floor.

The approach taken in this case by the academic Left—let’s be real, that’s who’s opposing the survey—strikes me as a counterproductive political strategy. This opposition just offers another anecdote, to be added to all the others, about the attitude of folks on campus toward free speech. And those anecdotes are sufficient to galvanize action, even without a survey.

I think that the better approach, for all parties concerned, is, at the outset, an intramural one. We should all respect one another’s academic freedom and respond to information and arguments with which we disagree with what we regard as better information and better arguments. Rather than trying to prevent the administration of a survey, await the results. If the survey is flawed or the results badly interpreted, there’s certainly ample opportunity to make those cases. Better yet, undertake what you regard as a better, more methodologically sound survey. Isn’t that what scientists do? More studies and more data improve our understanding of the phenomena we’re attempting to comprehend. If the methodology of the original survey is flawed, a new (better?) survey won’t replicate the previous results. If the investigators misinterpret their data, surely others can offer better interpretations.

Of course, contributing to our social scientific knowledge is hard work. It requires resources and energy. It requires that one conduct one’s own surveys, rather than just carping about a survey someone else is planning to conduct. It requires more than simply tweeting out one’s opinion that there are other arenas in our society that have greater free speech problems than our campuses. (That opinion may or may not be well-founded. On Twitter, we’ll never know. But even if it is well-founded, it’s not an argument against studying in the best ways possible the situation in our universities, which ought to be dedicated to the advancement of knowledge through the free exchange and appropriate peer review of arguments, ideas, and data.)

In the end, I can only hope and pray that Professor Shiell’s critics are actually visited by the better angels of their natures, embracing academic freedom and the reasoned, evidence-based discourse that is supposed to be at home, particularly, on our college campuses.

Joseph M. Knippenberg is Professor of Politics at Oglethorpe University in Brookhaven, GA.