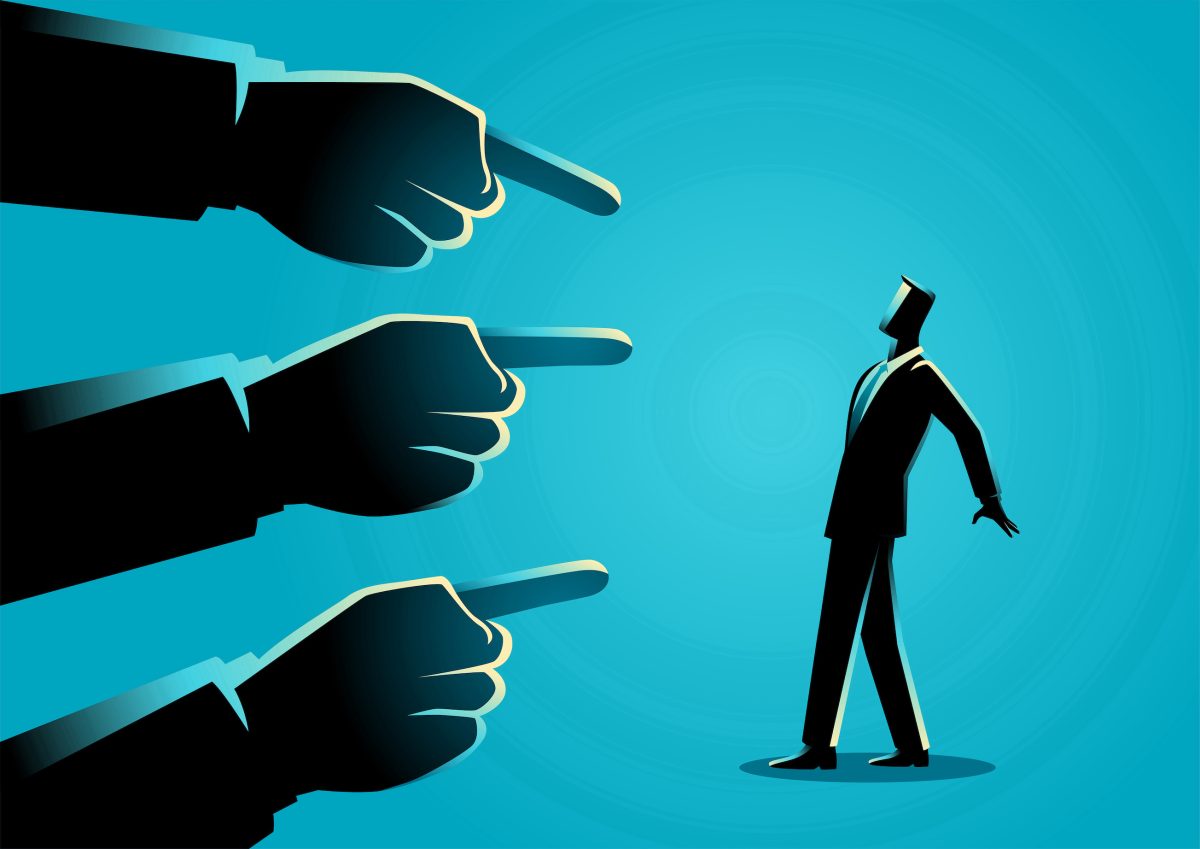 Law students are adults who have completed an undergraduate degree. They’re in a professional school to learn the law, procedures, and skills they’ll need in a conflict-ridden, frequently harsh world. You would expect that they would act accordingly.

Sadly, that’s not always the case. As we’ll see, law students can be petty and vindictive.

And you would also expect that the people who run law schools would act like responsible scholars, defending their faculty members against groundless attacks.

Sadly, that’s not always the case either. As we’ll see, law school administrators can act like craven cowards, scurrying away from academic principles at the first hint of trouble.

Welcome to the case of Jason Kilborn, a professor at the University of Illinois-Chicago law school. He has been on the faculty since 2010, teaching civil procedure, evidence, and other courses.

In his final exam in civil procedure in the fall 2020 term, one of his questions read:

Employer’s lawyer traveled to meet the manager, who stated that she quit her job after she attended a meeting in which other managers expressed their anger at Plaintiff, calling her a “n_____” and “b_____” (profane expressions for African Americans and women) and vowed to get rid of her. Later, Plaintiff’s lawyer served an interrogatory demanding the identity and location of any person with information related to the termination of Plaintiff’s employment or any agent of Employer. Can Employer identify the former manager but properly withhold her location, as this is the product of a significant amount of work and expense by Employer’s attorney?

Professor Kilborn had used the same wording in past exams without any trouble, but not this time.

What we have in this case is an “eggshell student,” claiming to have been harmed where no normal student would be.

Shortly after the exam was given, a student in the school’s Black Law Student Association (BLSA) complained about the question. Subsequently, the BLSA issued a statement griping about “the inexcusable usage of ‘n_____’ and ‘b_____’ on a Civil Procedure II Exam. This slur shocked students and created a huge distraction from taking the exam.” That missive was directed to the law school’s dean and the university’s chancellor.

Let’s stop and think. Had Prof. Kilborn actually used a slur? Clearly not. His hypothetical question involved profane expressions that are encountered in real world employment disputes, but toned down as is invariably done in polite company.

And did it create a “huge distraction”? A mature student would have just gone on to answer the question posed about the legality of withholding certain information. The fact that some managers harbor racial animosity is well known, so why should referring to that have been any “distraction” at all?

Finally, assuming that the student really did find the language “shocking” and “distracting” doesn’t that reflect poorly on the student rather than the professor? Attorneys in their practice can expect sometimes to encounter unpleasantness, but it’s their job to put it aside and concentrate on the legalities of the situation at hand.

A legal expression that sometimes arises is “eggshell plaintiff,” meaning a person who has been injured only because of some extraordinary, unexpected weakness. What we have in this case is an “eggshell student,” claiming to have been harmed where no normal student would be.

Columbia University professor John McWhorter saw this as much ado about nothing. He wrote, “If a black student is traumatized to such a degree by seeing ‘n_____’ on a piece of paper, then that student needs psychological counseling….That student needs help, and what the suits at the University of Illinois in Chicago should have done is gently direct this student to the proper services for people who have fallen away from the ability to cope with normal life.”

So, how did the law school administration react to this complaint? Not that way.

It announced that it would investigate Professor Kilborn’s behavior. In doing that, it managed to provoke first an abject apology from him (quoted here), where he said that he regretted his question and that he had “learned something valuable” from the controversy. He begged the BLSA to call off its “unwarranted and unconstructive attack.”

Also, it provoked further accusations and demands from the BLSA. Unnamed students said that Kilborn called minority students “cockroaches” and demeaned them for their accents. He made them feel “unsafe.”  BLSA demanded his firing.

In January 2021, just before the new semester began, the law school announced that it was suspending Professor Kilborn.

That brought the Foundation for Individual Rights in Education (FIRE) into the case. In a January 19 letter, Adam Steinbaugh, Director of FIRE’s Individaul Rights Defense Program asked UIC Chancellor Michel Amiridis to reject the demands that Professor Kilborn be punished. Steinbaugh concluded that Kilborn’s exam question was “well within the breathing room afforded by academic freedom” and that “the First Amendment places limits on how UIC may respond.”

FIRE’s letter did no good. UIC responded that it rejected the expressed concerns over academic freedom. (That earned the school a place on FIRE’s list of the Ten Worst Colleges for Free Speech.)

But with the assistance of a local attorney, Kilborn and UIC later came to a resolution under which he would alert the dean about any student complaints about racial issues and that all of his classes would be recorded. UIC had wanted more: a non-disclosure statement that would have gagged him from discussion about his treatment and mandatory “sensitivity training.”

Was the ugly dispute now over?

No. UIC subsequently changed course and declared that Kilborn would not be allowed to continue teaching unless he first submitted to a course on “inclusion.” This would mean an 8-week course replete with “self reflection” papers and weekly 90 minute sessions with a “trainer.” That diktat led University of Chicago Law School professor Brian Leiter to state that UIC “has gone crazy” and that its treatment of Kilborn was “simply chilling.”

Cornell law professor William Jacobson opines here that UIC “is psychologically torturing a professor just because it thinks it can.”

Doesn’t UIC understand that it is setting up a First Amendment/academic freedom lawsuit where Professor Kilborn has all the precedents on his side?  Probably, but apparently the people in charge are more afraid of offending the BLSA than of losing a court battle. That speaks volumes about the weakness in university leadership these days.

On January 28, Professor Kilborn filed suit against the university, arguing that it must be held accountable for its violation of his First Amendment rights. The question now is whether the university will choose to spend a lot of money trying to defend its deplorable conduct. It could choose to settle, but then how would the BLSA react?