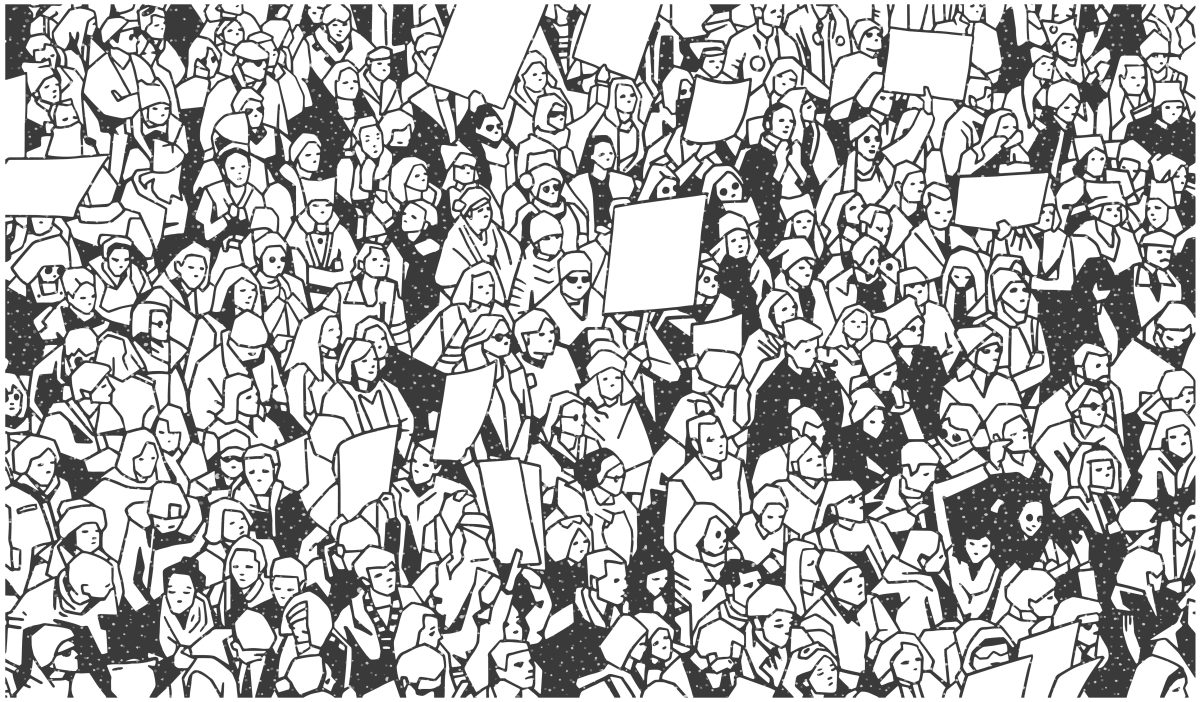 I have long been fond of saying that there are colleagues for whom I would be delighted to vote if they sought my support for service on a university committee, but not if they were running for political office. I’d like to think that Robert Boyers, a genuine literary intellectual who teaches at Skidmore College and edits Salmagundi, a well-regarded journal, is such a person. While we move in very different political circles (his Irving is Howe, the socialist who edited Dissent, mine is Kristol, the original neoconservative who famously offered two cheers for capitalism), we would, I think, find common ground in resisting some of the forces laying the groundwork for what he calls “the tyranny of virtue” in the contemporary academy.

His book is a collection of trenchant observations on a variety of contemporary subjects, including identity, diversity, and cultural appropriation. They are all incisive and nuanced, but rather than attempt to summarize all of them, I shall focus on two in particular: identity and diversity,

By this time, we are all familiar with the language and claims of identity politics, which seeks simultaneously to elevate the salience of certain often readily visible characteristics (like race and gender) and to reduce individuals to bearers of those characteristics, indelibly marked by them in ways they cannot escape or overcome. The only complication permitted by this point of view is “intersectionality,” where persons can be marked by a number of such categories. One can identify as black, gay, and female, with no one descriptor by itself able to encompass all the determinants and oppressions that mark one’s situation.

For Boyers, this approach is insufficiently subtle and nuanced. Such attitudes are, he says, “riddled with confusion”:

Persons who take their identities…to be, in effect, obligatory, conferred on them by the gaze of others and the apparent reality of their senses, continue nonetheless to maintain that there is an elective element in their self-definition.

Reflecting both on his own journey from a working-class Jewish boyhood in Brooklyn and on his experience as a teacher, he emphasizes the active role we ourselves play as we move from “our families and communities of origin” to a community of more or less like-minded friends and colleagues that we foster for ourselves. We do not, in his view, totally abandon our old family ties, but we become something more than just a person who only bears the family name and all the burdens and limitations that attend it. Thus he is troubled—as am I—by students who think they can only be what they were when they arrived on campus, as a young woman described in an article who says that she is ”going home, back to the ‘hood of Chicago, to be exactly who I was before I came to Oberlin.” 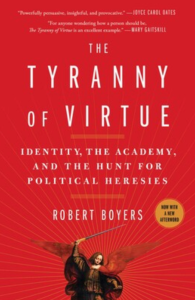 Education, especially a liberal education, ought to open up new horizons. But that’s exactly what the version of identity currently prevalent in the academy seems to foreclose. Boyers understands that there are times when a common identity is, in effect, thrust upon one by a common experience of privation or oppression, but he nonetheless maintains the possibility that we are—all or many of us—capable, under the right circumstances, of complicating that identity, “conferred…by the gaze of others.”

At its best, the college or university experience ought to provide the circumstances under which one gains complexity and nuance, and the freedom for a kind of self-fashioning, that comes with them. But in the contemporary academy, as Boyers laments, that isn’t so much the case. The flat and oversimplified categories of identity, which leave little or no room for the achievement of genuine individuality, seem to have won the day.  The intent of the education on offer affirms and attempts to set in concrete some identities, leaving little or no room for the intellectual independence Boyers and I hold dear.

I’m tempted here to draw a close connection between Boyers’ understanding of identity and his approach to diversity. The intellectual diversity he favors—featuring above all else the agonistic clash of ideas—would seem to produce an environment in which we could form the allegiances and identities for which we found the arguments most compelling. As we encounter new and different ideas and opinions, we develop new convictions, which serve as the basis of the affinities with others that come to comprise our identities. Indeed, anyone who is transformed by his or her experience in a college or university would seem in large measure to have been so because of such intellectual encounters. Or at least that might have been the case in the not-too-distant past. Now, Boyers laments,

Our educated classes regard the university chiefly as an instrument of our collective purpose and an efficient engine for transmitting anxiety about ideas felt to be dangerous or out of bounds….

The favored ideas are informed by…a determination not to offend, not to disorient, not to stir discomfort.

One gets more than a whiff of a 60s-style critique of conformism here. But there’s more to it than that, which we can already see in his account of identity. Boyers is a friend of complexity and nuance, and an enemy of the smug attachment to easy ideas. The ground he offers for this view derives in part from the understanding of the incommensurability of goods often associated with the great British political theorist Isaiah Berlin. (Instead of a highest good—a summum bonum—as thinkers like Aristotle and Aquinas seem to affirm, Berlin holds there are multiple goods that cannot be ordered in a hierarchy. When, to borrow an example from Boyers, Kreon affirms the goodness of lawful authority and Antigone that of familial obligation, both are affirming genuine goods that unfortunately—tragically?—cannot be reconciled.)

To my mind, however, Boyers overdoes it, making it seem as if the choice between two goods—genuine goods, I emphasize—is simply a matter of will. While he might take the alleged fact that reason cannot affirm one good as superior to another as sufficient to keep the debate going and to respect the interlocutors on the other side, others might simply regard this evenhandedness as a sign of a kind of weakness. Where Boyers may see goods, they may see arbitrary values. Where he sees an invitation to a conversation, they may find a commitment that needs no further discussion.

Taken together, these points lead me to the following conclusion: college has to be oriented toward the good, as a goal worth striving for.

There are two kinds of conversation-stoppers at work here—the bureaucratic impetus to avoid anything offensive, surely at work in virtually every “leadership team” in higher education, and the close-mindedness of those who have chosen their particular brand of social justice and are eager to take offense against those who (however reasonably) offer dissent.

Boyers’ response to this is to attempt to preserve the college as a space for conversational agon, a Nietzschean world of frenemies who relish the cut and thrust of debate. I would join him there, but only provisionally, posing a different understanding of what college is for. I take as my point of departure two old arguments or observations. The first, offered by classical political philosophy, holds out the possibility of genuine knowledge of the good. While philosophy as the love of wisdom recognizes that we haven’t yet attained what we seek, it retains the prospect of finding it. We’re not consigned to a perpetual agon, without any hope of escape.

The second can be found in St. Augustine’s City of God: everyone, he says, seeks peace. True peace, he avers, can only be found in the city of God, but even the most bellicose warrior wants to win and thereby attain rest, albeit on his own terms. Taken together, these points lead me to the following conclusion: college has to be oriented toward the good, as a goal worth striving for. It cannot self-consciously and exclusively be a space of perpetual intellectual or ideological conflict. Its inhabitants will inevitably seek peace, either by suppressing those with whom they disagree, as when one side seeks to cancel the other (or any other), or by imposing a modus vivendi, as when “free speech” is tamed by being trivialized or exiled to the margins of the academic enterprise.

These are the worlds of the “woke” university and its so-called “neo-liberal” doppelganger. I join Boyers in deprecating both alternatives, but I fear that his understanding leads almost inevitably, if unintentionally, to one or the other.

Joseph M. Knippenberg is Professor of Politics at Oglethorpe University in Brookhaven, GA, where he has taught since 1985.

A Frenemy on the Left: Robert Boyers on The Tyranny of Virtue