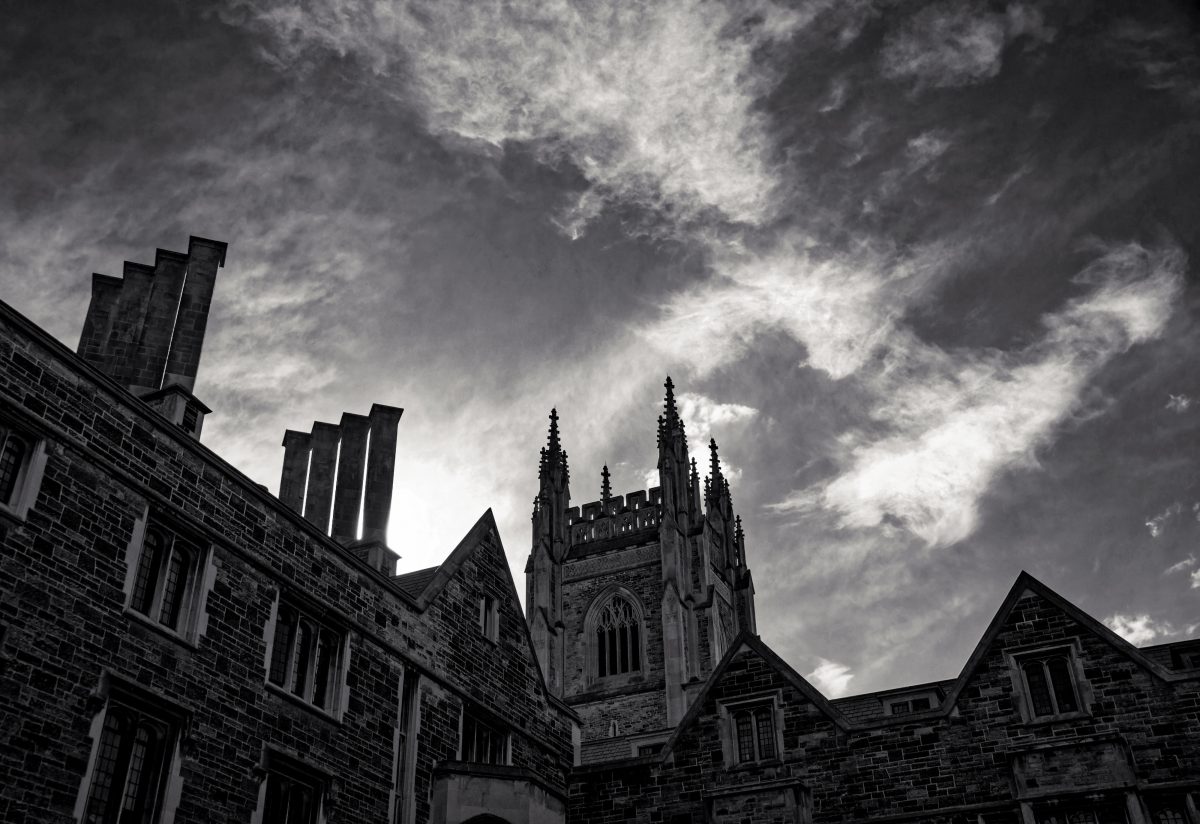 Truth. Light and truth. Truth will set you free.

These are the official mottos for Harvard, Yale, and Johns Hopkins. They reflect a conception of the university in which the dissemination and discovery of truth is the school’s main purpose. In the past, these institutions largely lived up to the promise of their mottos.

Today, these mottos are still engraved in these schools’ buildings and placed on these schools’ flags. But they stand now like relics of a forgotten past. Like most contemporary universities, these schools have abandoned the dissemination of truth as their central aim. Instead, they have adopted a pedagogical approach which affirms that moral truth either does not exist, cannot be ascertained, or is not worth ascertaining.

The leaders of our universities would, of course, balk at such a charge. “Our universities do teach truth,” they might respond, “just not personal values.” Such a response reflects the notion, presently quite fashionable in academe, that the only kind of truth that exists (or is worth teaching) is empirical truth. Under such a conception, truth is limited to facts, i.e. statements about things that can be directly observed or verified in a laboratory. Normative claims, those which concern value judgments (such as “stealing is wrong”), are not made candidates for truth or falsity. They are relegated to the realm of personal values, judgments that students may choose to accept, but that cannot be taught by the university as something that is either true or false.

This abandonment by our universities of moral truth is manifested and enforced by its pedagogical approach. This pedagogical approach blurs the lines between teacher and student. Instructors no longer instruct students with the authority of an academic. Instead, they merely moderate the empirical content to which students may apply their preferred value judgments or (especially in philosophy) help students apply their preferred value judgments with logical consistency. Because STEM classes are largely empirical, they have, on the whole, eschewed the consequences of this pedagogical approach that has wreaked havoc on the humanities.

Unlike STEM instructors, who regularly tell students that they have made errors, humanities instructors have formulated 101 ways to tell students that their claims are neither right nor wrong: “That’s very interesting,” “Yes, I understand what you mean,” “I take your point,” “Alright, fair enough,” “Okay, anyone else want to agree or disagree with that?” And these are not just Socratic methods used to ascertain the truth, for truths regarding value judgments are seldom reached. They are rather tools that make normative discourse interminable. They affirm that moral truth either cannot be discovered or is not worth discovering. Thus, the actual purpose of the humanities, which once was the dissemination and discovery of truths about human nature, today is quite unclear.

Such a dysfunctional humanities is the inevitable result of the radical discomfort that many contemporary humanists have with hierarchy. There can be little doubt that misguided critical theory has played an important role in the creation of this new pedagogical approach. (I say “misguided” because it is the abuse of critical theory that is bad, not critical theory per se.)

Ultimately, truth must be the primary end of education.

In his 1968 book, The Pedagogy of the Oppressed, critical theorist Paulo Freire argued that the traditional didactic approach of education was a means of oppression. By presupposing that instructors possess more knowledge than their pupils, the didactic approach enforced a kind of inequality of status that Freire found unacceptable. A less oppressive approach, he thought, would fade the line between teacher and student. The two would become, in a sense, co-students, equal in their claims to knowledge of the truth. And Freire is not an outlier. According to a 2016 study, his Pedagogy of the Oppressed is the third most cited book in all of the social sciences. One look at the contemporary humanities classroom seems to confirm that Freire’s thinking has considerably remodeled the pedagogical approach of our universities.

There is, of course, a certain irony to the claims about education made by proponents of critical pedagogy. By having educational institutions operate in Freire’s footsteps, they are in fact advocating for institutions to teach a particular normative theory to students: the normative theory that normative theories ought not to be taught. Thus, in the very act of trying not to teach value judgments, universities affirm the importance of value judgments. On what grounds, for example, could a university oppose the teaching of value judgments in its classrooms? Surely on the grounds that doing so would be wrong or antithetical to the purpose of a university. Such grounds are inherently value-laden. They can by no means be verified in a laboratory.

I do not mean to say that Freire’s critique of didactic methods of education is devoid of value. He is right that student opinion and experience bring something of great pedagogical value. Some courses, particularly those in philosophy, are best conducted in the form of a dialogue between differing perspectives. This approach invites students to tackle the material in a hands-on way. It encourages them to become active participants in a dialectic rather than passive recipients of abstract concepts. Further, if the claims made in the classroom do not align with students’ life experiences, they should be able to challenge the instructor to square one with the other. Such a process is essential to the ascertaining and discovery of truth. A purely didactic approach is surely missing this part of the picture.

Yet, like most things, the value placed upon students’ opinions and experiences in the classroom must have its limits. When a student brings in a personal experience that seems to contradict what an instructor is teaching, the discussion should not end. Opinions and experiences are not sacrosanct, they must be allowed to be challenged and evaluated. Importantly, instructors ought to be able to say authoritatively that some opinions are wrong. Imposing these limits is the only way that discussions in the classroom can be tailored to the end of truth.

Ultimately, truth must be the primary end of education. The main goal cannot simply be, as many now suggest, the acquisition of useful or profitable skills. Skills are only a means. They exist to be put to good use. But how can graduates put the skills they have learned to good use if they do not know, in the strictest sense, what “good” is? And where will truths of this nature be promulgated and discovered if not in our schools?

The fight to make the dissemination of truth, especially in its normative form, once more the primary purpose of our universities will not be easy. But there is at least some room for hope: most people, even university administrators, still believe that moral truth exists, even while many refuse to have this truth taught in the classroom. So, while there is certainly an intellectual battle to be waged in our universities, what will be needed perhaps above all is courage.

Michael Samaritano was born and raised in Huntington, N.Y. He attended Chaminade High School in Mineola, N.Y. Now at Yale, he studies history and philosophy. Outside of the classroom, he is an active member of the Federalist Party, the Thomistic Institute, and the Saint Thomas More Catholic Center.