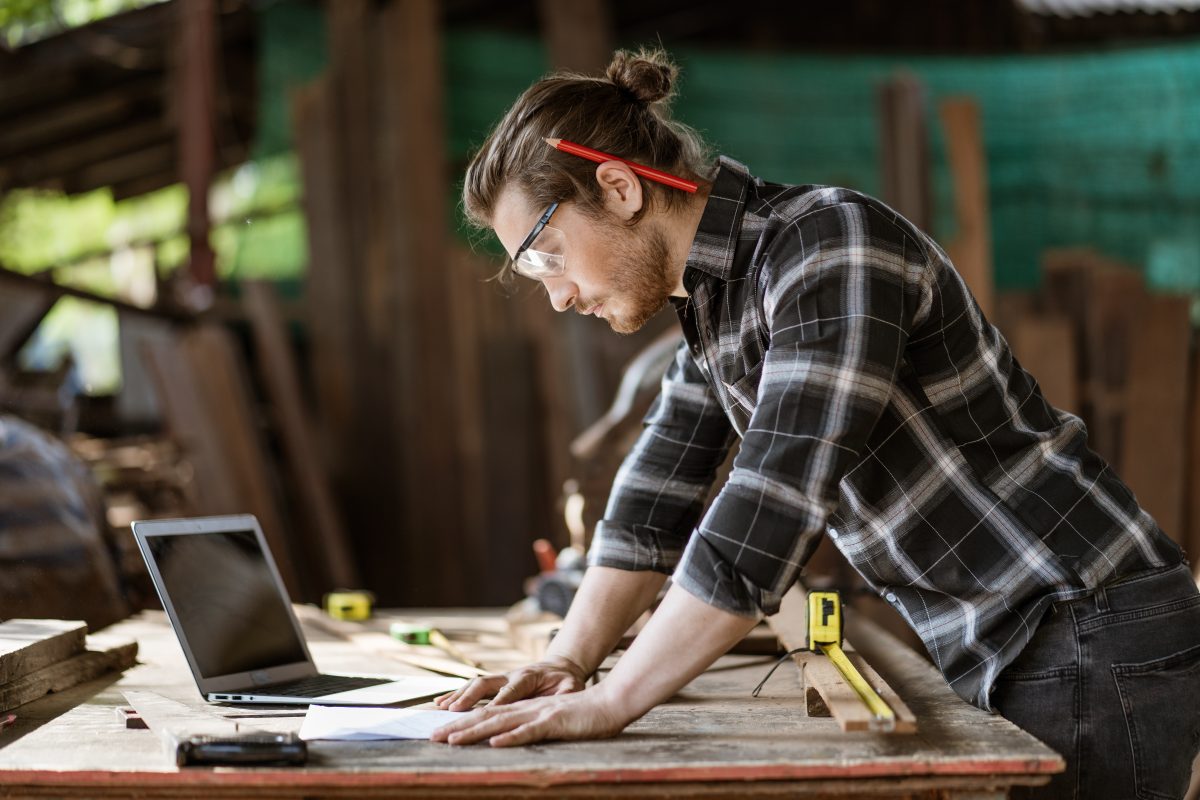 Most Americans have been conditioned to believe that if you don’t enroll in college after high school, you have almost no chance at a successful life. That’s not true.

As a 3rd-year engineering student working for a semester at an old-school machine tool company in Detroit, I got my first inkling that alternative paths into careers other than expensive college degrees existed. On my first day of work, the shop foreman told me in no uncertain terms that I was not to disturb the gray-haired “master craftsman” seated next to our enormous CNC machining center, reading the Wall Street Journal while making metal chips. “If we lose him, this company goes under,” was the explanation.

The second time my college-boy pride was shaken came a few years and two engineering degrees later, at my first job working in the German aircraft industry. When I applied for an opening as a flight test engineer, I was told flatly that since I had not apprenticed first as an aircraft mechanic or fabricator, I had no chance. About the same time, I was dating my future wife, who despite having “only” apprenticed to enter her career in business administration, was jet-setting around Europe looking after multiple production plants for her employer, a major global vehicle parts manufacturer.

In Austria, Germany, and Switzerland, apprenticeships–not college–have been the primary route into careers for four centuries. Many graduates go on to earn college degrees when these are of benefit, for instance MBAs are popular among former apprentices-turned-entrepreneurs.

Numerous careers in art, farming, construction, manufacturing, theater, music, aviation, marine-related, the military, and others traditionally require some form of apprenticeship or work-study to acquire the knowledge and skills to succeed. A good reference is Rory Groves’ excellent book on the subject, “Durable Trades”, Front Porch Republic Books. The author describes its key tenets thus: “Resilient nations rely on resilient families. Historically it has been decentralized, interdependent families and communities working together that have best weathered the storms of adversity.”

The ”Gold Standard” of apprenticeships is found in the little, land-locked, mountainous country of  Switzerland, where over 70 percent of all careers start with a 3-4 year apprenticeship beginning around age 16. The Swiss have refined what they call their “Dual Education” system for over four centuries with outstanding results in terms of low youth unemployment and crime, a high standard of living, and world-leading companies in many fields. Graduation rates from apprenticeships there are very high, and 50 percent of graduates go on to higher degrees, often paid by their employers. There are no dead-ends in Switzerland, where an apprentice often rises to the highest ranks in their chosen profession. Germany and Austria have similar programs with similarly positive outcomes.

“The way into opera is not through a college degree, but through an apprenticeship.”

In 1996, frustrated by the lack of skilled, mature young job candidates in the Charlotte, North Carolina area, a group of American, Austrian, German, and Swiss companies in Charlotte started the “Apprenticeship 2000” program.  (Its first apprentices graduated four years later in 2000, thus the name.) Starting in the last year of high school, its apprentices learned a broad skill set during paid employment, and earned an Associate Degree in Engineering through the local Central Piedmont Community College, with all college costs paid by their employers.

Based on their proven model, the NC Triangle Apprenticeship Program (NCTAP) was established in the Raleigh, North Carolina area in 2013.  The leader of this effort was Lukas Schönwetter, the former head of HR for the Swiss-owned Bühler Aeroglide company of Cary, North Carolina, a manufacturer of food-drying equipment.

Lukas had begun his career as a teenager, apprenticing for a major Swiss bank. Upon completion he performed his obligatory Swiss military service, which he enjoyed so much that he entered officer training school, completing essentially a second apprenticeship. When he re-entered the industrial workforce, he was rapidly promoted into executive positions at Bühler offices in Germany and Switzerland before being recruited away to another large Swiss equipment manufacturer. Lukas was the ideal person to help guide the member companies that formed NCTAP, now nearly a decade old.

Since then, another half dozen such partnerships following the high standard set by Apprenticeship 2000 have evolved in North Carolina, involving numerous companies and technical colleges, and graduating dozens of mature, highly-trained apprentices annually, nearly all of whom are guaranteed a job and a great start to their careers. As NCTAP partner Robbie Earnhardt, CEO of Superior Tooling of Wake Forest, North Carolina (himself a former apprentice) said concerning the qualities he seeks in candidates: “We can teach a young person anything if they are willing to learn and work hard. We cannot however teach them character–that must be done at home first.”

It’s important to seek out so-called “registered apprenticeships,” as these have met the highest standards of the industries that will hire graduate apprentices. If you do not find an apprenticeship in your chosen career, you can create one with the help of potential employers and your state’s apprenticeship office.

For instance, a young man from rural Carthage, North Carolina, Lucas Meacham, enjoyed singing karaoke in his spare time. Encouraged by music teachers, Lucas created his own apprenticeship by attending classes at several universities until he eventually found his way into the music industry. Today he is a highly-regarded operatic baritone performing around the world. As he said in a recent interview on the classical radio station WCPE, “The way into opera is not through a college degree, but through an apprenticeship.”

How can a young person prepare for an apprenticeship? Since most careers today involve a variety of advanced technologies, a solid education in the 3Rs remains essential. It doesn’t hurt to tackle challenging high school courses like calculus, physics, and chemistry if a technical career is to be pursued. Since most business today is global, learning at least one foreign language is a plus.

Skills training is equally essential. These are gained in part-time work, hobbies, home workshops, farms, and more formal coursework such as the author’s “Shop and Engineering”. Traditional homemaker skills, once a mandatory class for most young ladies, provide not only valuable life skills but can prepare a person for outstanding careers in fields such as fashion, food-related, appliances, etc.  An outstanding example of such training is found in the “Rubies for Girls” program based in Aberdeen, NC.  Young people interested in careers in the huge agriculture industry should look into FFA and 4H clubs.

In addition to the obvious advantages of an apprenticeship–no need for long, expensive college degrees with their large amount of worse-than-useless ideological teaching, early financial independence, guaranteed employment, etc.– this form of career is the ideal means for entrepreneurial-minded people to start their own businesses. No customer will ever ask to see your college diploma before making a purchase decision for a product or service from your own business.

Employers too should consider “growing” their own workforce through apprenticeships, which is how things are done in Switzerland, where industry sees workforce development as its responsibility, not the government’s.

Careers without college? Of course! Just look to Switzerland and those who have adopted their proven apprenticeship methods here in the US for what, in many instances, is the superior start of a great career.

Kent Misegades is the owner & president of AeroSouth Technology of Seven Lakes, NC. He is an engineer with 40+ years experience running engineering and manufacturing businesses in the US and Europe. He is a past board member of the Thales Academies and creator of its unique engineering program, the Luddy Institute of Technology.