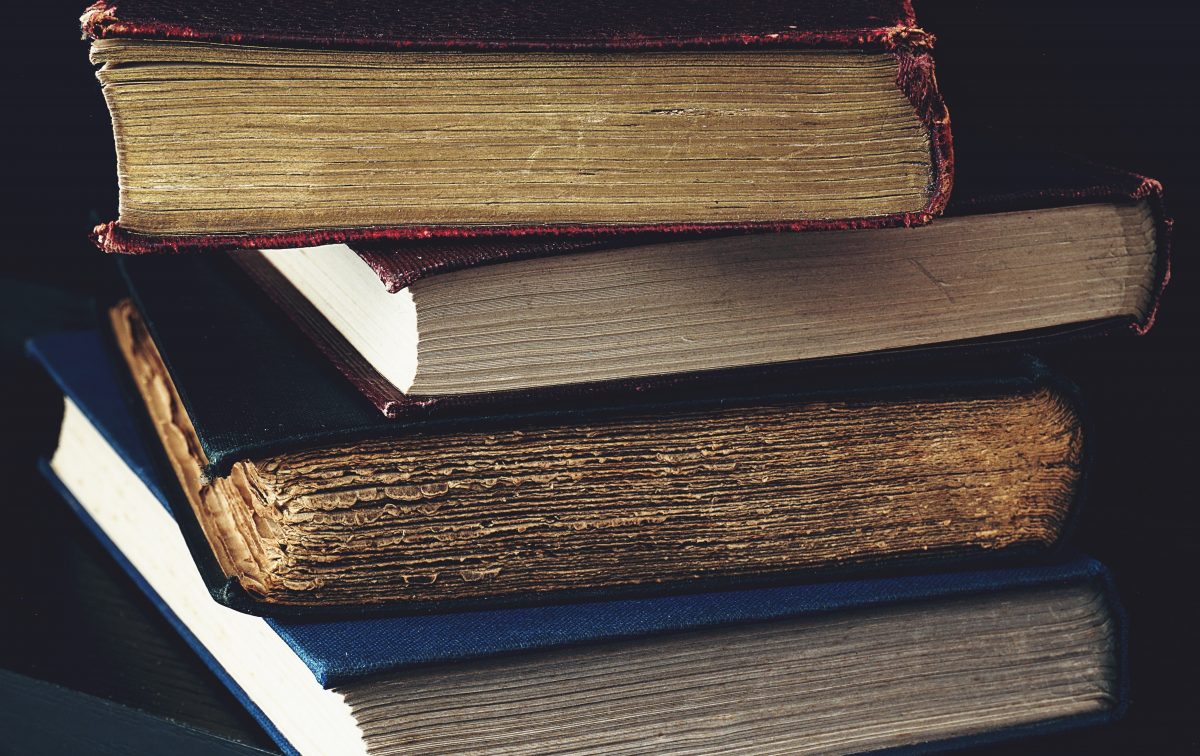 “Part of the story of why the humanities are always in crisis is that we have needed them to be in crisis.” This provocative declaration was made by Chad Wellmon, German studies and history professor at the University of Virginia, during a speech he gave on June 23, 2021, as part of a lecture series at St John’s College. In his talk, based on his new co-authored book Permanent Crisis: The Humanities in a Disenchanted Age, Wellmon presented a broad overview of the complex and discontinuous history of the humanities.

Wellmon begins his lecture by offering his central thesis: That the humanities do not represent a continuous tradition from Petrarch to the present day, but instead have evolved in their self-conception through a series of societal and intellectual crises. The cultural shifts that have morphed and shaped the humanities include industrialization, the development of new technology, capitalism, the Soviet Union, the rise of the natural sciences, and Wellmon’s favorite: the “abyss of leisure,” which he later elaborates on.

Before diving into the details of his thesis, Wellmon explained that his main motivation for writing the book was to “show that our current university-based system of knowledge, with its particular norms, practices, ideals, and virtues was not necessary and that it could have been— and thus can still be— otherwise.”

Wellmon covers several eras that significantly impacted the trajectory of the humanities.

The first era he visits is 15th century Florence. Florentine citizens such as clergy and university teachers gathered in private groups outside of institutions to read and engage in dialogue on ancient literary and philosophical texts. Petrarch and other humanist scholars held an anti-university stance because they viewed “the letter, the dialogue, the oration—their preferred forms of communication—as superior” to the strict academic rigidity of formal institutions.

However, some humanist scholars began to seek university positions for the stability and benefits that came with them. Eventually, humanist thinkers, although unwilling at first, joined up with the universities to create the “studia humanitatis”—the study of grammar, rhetoric, poetry, history, and moral philosophy. Learning these subjects was seen as necessary for every humanist, and the studia humanitatis spread throughout European universities. The transition from informal, private study, to the institutionalization of the humanities was “contentious and long,” but it paved the way to what became known as the “Golden Age” of humanism. Wellmon noted that:

Initially, the term studia humanitatis didn’t signify the pursuit of theological, metaphysical, or philosophical knowledge, or, as some contemporary commentators claim about the modern humanities, the cultivation or training of the soul as an end in itself. But they propounded a more modest notion: that the kinds of technical skills and knowledge that humanists taught—reading, writing, and speaking about ancient Latin and Greek texts—helped prepare students for study in the higher faculty, as well as for lives as active citizens.

It is that modest notion which eventually led to the devaluation of the studia humanitatis in the 17th and 18th centuries. According to Wellmon, scholars began to look down on the humanities because they didn’t prepare students to do anything in particular—but rather just imparted generalized knowledge intended to groom the elite.

According to Wellmon, the humanities eventually became known as the “impractical arts.” Consequently, scholars in the studia humanitatis were paid the least, had the least ornate robes, and were last in the faculty marches. Humanists were at the bottom of a hierarchy in which lawyers, theologians, and doctors were at the top. Wellmon stated:

As secondary schools gradually assumed the preparatory function of the arts faculty in training students in rhetoric and other areas of human study over the course of the 17th and 18th centur[ies], enrollments in these faculties declined and by the end of the 18th century, enrollments in art and philosophy’s faculties, the lower faculty, declined so precipitously that at several universities in German-speaking lands, they approached zero and would remain so until the beginning of the 19th century.

And it is in the 19th century that Wellmon highlights a key shift in the evolution of the humanities. In the next half-century, scholars, particularly philosophers, sought to transform the humanities into an “explicitly moral and philosophical project.” Wellmon explained that there was a notable transition from a view of the humanities as a “limited but necessary preparatory training for cultural elites on the one hand, and the humanities as a self-sufficient moral resource on the other.”

However, this new vision of the humanities faced a daunting competitor for students’ attention: the study of the natural sciences. With rapidly accelerating industrialization and technological development, the natural sciences understandably became the favored educational path of many students. As one German scholar, paraphrased by Wellmon, puts it:

In a German culture consumed by the drive for money and profit devoted to big agricultural forestry, manufacturing, commerce and industrialization, technical and mechanical know-how has triumphed over pure, non-instrumental knowledge and corrupted educational institutions, religions, traditions and every element of human moral development.

In order to adapt to and justify themselves in a society that increasingly idealized expertise and bureaucratization, the humanities’ purpose shifted. In the late-19th and early-20th centuries, the increase in industrialization left a social and spiritual void in many to be filled. The natural sciences and technology made great strides towards a more materially advanced society, but this technological advancement created a utilitarian outlook, “where value was determined by material utility.” Thus, Wellmon argues, the modern conception of the humanities emerged as a “cultural compensation for the moral and spiritual deprivations of the natural and physical sciences and the emergent technologies.”

As technology readily advanced, the work week shortened, and free time increased. The Report on the Committee of the Humanities noted the emergence of the “40-hour work week and likelihood of a shorter one.” More free time, in combination with a deprivation in social, spiritual, and moral purpose which people experienced as a result of a technologically focused society, led to what the commission called the “abyss of leisure”:  a potentially widespread malaise of listlessness among American citizens accompanied by social upheaval and a wavering sense of purpose at the height of the Cold War.

The committee said that the humanities are “uniquely equipped to fill the abyss of leisure” by serving as a distraction to prevent political and social unrest. According to Wellmon:

The humanities could be used locally and federally, as spiritual and perhaps most importantly, the political narcotic, a worthy distraction for the youth from political unrest, then unfolding on campuses across the country.

Wrapping up his talk, Wellmon emphasizes his distaste for the notion of the humanities as a distraction. Wellmon finds the other changes of the humanities in response to various “crises” to be reasonable and intelligible. In his view, the bureaucratization, commercialization, rationalization, democratization, and secularization of the humanities helped shape “the conditions of intellectual life” that have allowed mankind “to make sense of this world and make it better by reading and writing and talking about it.”

The humanities emerged as a “cultural compensation for the moral and spiritual deprivations of the natural and physical sciences and the emergent technologies.”

But Wellmon argues that this final shift in response to the crisis of leisure is “downright evil.” He holds that true leisure “requires attention, care, love, the opposite of distraction, the opposite of what needs to be sublimated.” However, instead, the humanities began to be thought of as a means of distraction rather than a way to encourage the flourishing of the mind and truly free thought. And this use of the humanities Wellmon bluntly states, is just “not good.”

Wellmon’s synoptic picture of the evolution of the humanities illustrates their contingent and somewhat precarious nature. What the humanities are for and what they should include seems continuously shifting and up for debate. At times, the humanities can seem fickle.

However, the flexibility in the notion of “the humanities” also has sometimes helped them adapt in reasonable ways to changing material, technological and social circumstances.

If there is one lesson to be learned from Wellmon’s talk, it is that what the humanities will be used for is not fixed, and the shape they will take in the future need not be the form they take in the present.

Arguably, the humanities currently function almost entirely as a form of sinecure and ideological pedagogy. Whether that will remain their ultimate fate is something still to be decided, partly by people, and in part by the new societal crises that loom ahead or perhaps have already arrived.