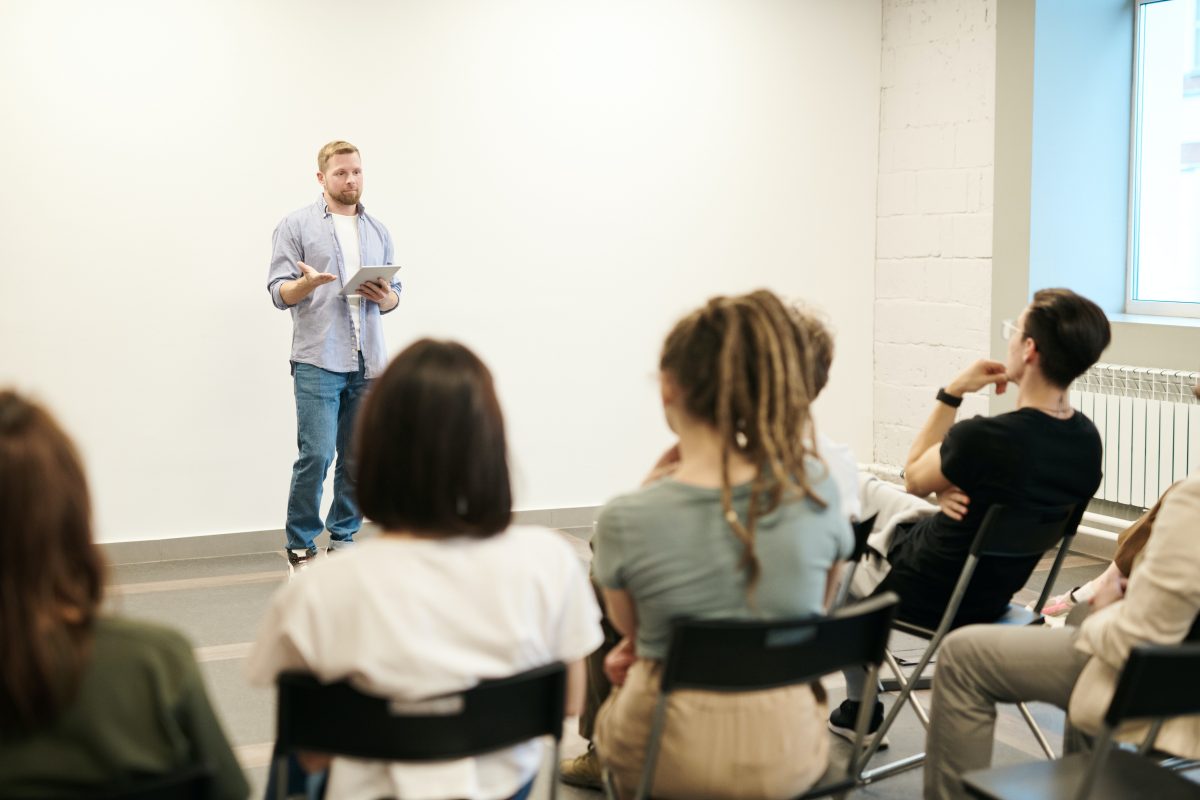 About two years ago, I spoke to a class of UNC-Chapel Hill students about free speech: what it is and why it is important. I covered some basic points such as the kinds of speech the First Amendment does and does not protect. I also talked about the importance of respecting dissenting opinions, and how shutting down ideas is not the most effective way to get people to change their minds.

To my surprise, several students stated that they believed that it was their constitutional right to prevent someone else from speaking, if they disagreed with what was being said. I left that class realizing how little those students understood the First Amendment.

But I shouldn’t have been surprised. Although a 2019 survey by the Knight Foundation and Gallup found that 68 percent of college students believe that free speech rights are  “extremely important” to democracy, findings from the same report suggest that many students have a shallow grasp of the First Amendment.

Fortunately, North Carolina has a law that helps address students’ misconceptions about the First Amendment. In the summer of 2017, the North Carolina legislature signed the North Carolina Campus Free Speech Act into law. The law contains important provisions that protect and affirm the importance of campus free speech.

One of the provisions requires that the state’s public colleges discuss free expression during students’ freshman orientation. According to the law:

All constituent institutions of The University of North Carolina shall include in freshman orientation programs a section describing the policies regarding free expression consistent with this Article.

How well are the schools carrying out their duty? To find out, the Martin Center requested digital copies of all free speech materials used during freshman orientations from all UNC system institutions.

Unfortunately, many of the schools’ free speech sections are rather bleak. Rather than providing students with substantial information and guidance, the following schools include a very brief nod to free speech:

Perhaps the most egregious example is UNC-Chapel Hill—the state’s flagship university. Out of a presentation of 24 slides, only one meager slide states:

The University embraces and strives to uphold the freedoms of speech and expression guaranteed by the First Amendment. In certain limited circumstances, the University may regulate time, place, and manner of expression, but the University does not limit speech based on content.

The following institutions provide a somewhat more substantive free speech section— although some schools go into more depth than others:

Some of these schools receive significantly less revenue than larger schools such as UNC-Chapel Hill, yet they seem to put more effort into promoting free expression during orientation.

Appalachian State University’s orientation materials included a slide on free speech, with an attached video that goes into greater detail:

We are a public institution and we uphold freedom of speech and expression. Know that being a part of a large community means that sometimes you may see or hear things that you disagree with, or even find deeply offensive. If this impacts you negatively, please come to the office of the dean of students for support.

As a public university with an open campus, you can’t drown out the speech of someone you don’t like. If there are issues, you can report them to the office of student conduct. If you want to learn more about freedom of speech, come to the events scheduled around Constitution Day this fall.

UNC-Pembroke, in addition to a few slides, shared some general talking points live presenters may use during student orientations. One of the talking points is the following:

Other universities, however, gave a more mixed message about what can and cannot be said on campus.

Elizabeth City State University, for instance, had several helpful slides on free expression. However, the same presentation stated that “hate speech” and “offensive” speech or conduct is a violation of university policy. Another presentation listed “hate speech” as a type of speech that may be legally restricted. This is incorrect, there is no legal definition for “hate speech.” College should avoid using the term since it can easily be redefined to describe any speech that is merely unpopular or disliked.

NC State University also gives students mixed messages. During a video, executive vice chancellor and provost, Warwick Arden, states: “we accept and encourage the free and open exchange of ideas and opinions…” At the same time, he exhorts students to “stand firmly against intolerance and hate.” What if a speaker comes to campus who some believe is hateful or intolerant? Numerous speakers, particularly conservatives, have been disinvited or shut down for being “hateful.” Would NC State urge students to “stand firmly” against speakers such as Ben Shapiro, Christina Hoff Sommers, or Charles Murray? Based on this video, it’s unclear.

In its free expression materials, UNC-Asheville states that the government “does not have the right to punish, censor, or oppress you (or anyone else) because of your speech or symbolic acts.” It also reminds students that free speech “does not necessarily protect you from opposing (harmful, distasteful, or offensive) views.” But the university teaches students about free speech alongside the concept of “social justice.” According to the university, social justice “includes a vision of society that is equitable and all members are physically and psychologically safe and secure.” All too often, schools have used the excuse that some ideas cause “psychological harm,” to discourage or ban speakers from coming to campus.

Winston-Salem State University did not give the Martin Center any freshman orientation materials, stating in an email that: “This topic is to be covered extemporaneously and therefore no materials can be provided.”

North Carolina Central University had over three months to respond to the public records request, but did not provide materials by the time of publication. As of June 25, the university was still “processing and gathering records responsive” to the request.

Overall, several schools in the UNC system equip students with at least some substantive information in the free expression section. But there is still room for improvement. Many of the schools should expand these sections to provide greater detail, examples, and explanations.

If any of the schools are looking for material to use during orientation, they should look to the resources provided by the Foundation for Individual Rights in Freedom. FIRE’s webpage includes several lessons covering different aspects of free speech, with accompanying videos, lesson outlines, and additional resources such as an “FAQ For Student Protests on Campus.”

Just as schools strive to teach effectively in the classroom, they should also do so during freshman orientation. This would be in the schools’ interest for several reasons.

On a practical level, it can help clear up widespread confusion and avoid potential disturbances from occurring on campus. For example, if students know that they may face penalties for disrupting a speaker, they may be less likely to stir up disorder on campus.

Secondly, if the institutions are serious about their core missions of discovering truth and furthering knowledge, it is in their best interest to inculcate in their students a respect for and understanding of free expression.

Editor’s note: below is a slideshow of some of the orientation materials given to the Martin Center. Not all materials were included due to format. To view all the materials provided by the UNC system institutions, click here.